CHINA TALKS 2019: Confucian Role Ethics and Human “Becomings”: A Challenge to the Ideology of Individualism

In the introduction of Chinese philosophy and culture into the Western academy, we have tended to theorize and conceptualize this antique tradition by appeal to familiar categories. Confucian role ethics is an attempt to articulate a sui generis moral philosophy that allows this tradition to have its own voice. This holistic philosophy is grounded in the primacy of relationality, and is a challenge to a foundational liberal individualism that has defined persons as discrete, autonomous, rational, free, and often self-interested agents. Confucian role ethics begins from a relationally constituted conception of person—human “becomings.” It takes family roles and relations as the entry point for developing moral competence, invokes moral imagination and the growth in relations that it can inspire as the substance of human morality, and entails a human-and family- centered, a-theistic religiousness that stands in sharp contrast to the Abrahamic religions.

Roger T. Ames is Humanities Chair Professor at Peking University, Co-Chair of the Academic Advisory Committee of the Peking University Berggruen Research Center, and Professor Emeritus of Philosophy at the University of Hawai’i. He is former editor of Philosophy East & West and founding editor of China Review International. Ames has authored several interpretative studies of Chinese philosophy and culture: Thinking Through Confucius (1987), Anticipating China (1995), Thinking from the Han (1998), and Democracy of the Dead (1999) (all with D.L. Hall), Confucian Role Ethics: A Vocabulary (2011), and most recently “Human Becomings: Theorizing ‘Persons’ for Confucian Role Ethics” (forthcoming). His publications also include translations of Chinese classics: Sun-tzu: The Art of Warfare (1993); Sun Pin: The Art of Warfare (1996) (with D.C. Lau); the Confucian Analects (1998) and the Classic of Family Reverence: The Xiaojing (2009) (both with H. Rosemont), Focusing the Familiar: The Zhongyong (2001), and The Daodejing (with D.L. Hall) (2003). Almost all of his publications are now available in Chinese translation, including his philosophical translations of Chinese canonical texts. He has most recently been engaged in compiling the new Sourcebook of Classical Confucian Philosophy, and in writing articles promoting a conversation between American pragmatism and Confucianism.

Refreshments and Drinks will be provided. 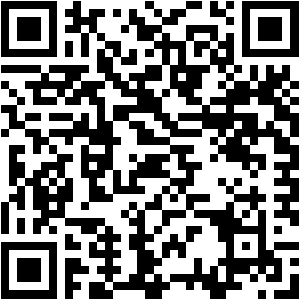