Europe in a World of Great Power Competition: Balancing against Threat or Power?

Homepage>Events>Europe in a World of Great Power Competition: Balancing against Threat or Power?

The 2017 US National Security Strategy Report signified the end of America's era of engagement with China. Great power competition has consequently returned with a vengeance and Washington has already gone to great lengths to solidify its alliance system and meet China from “a position of strength.” Meanwhile the EU has avoided taking a clear side in an international environment of increasing Sino-US securitisation. A recent European strategy paper may have framed China as “a partner, a competitor and a systemic rival”, however, apart from some EU parliament resolutions critical of China, the executive bodies of the Union and EU’s major member states have opted for continued engagement with Beijing. The EU’s High Representative for Foreign Affairs Joseph Borell’s reference to the Sinatra doctrine of “do it my way” epitomises EU’s effort to steer an independent geopolitical orbit and avoid being sucked into the Sino-US great power struggle. The pivotal strategic question for Europe, however, remains unanswered. Can a sui generis post-modern union of 27 members develop its own strategic agency and become a competent “chess-player” or is it going to be the mere tragic “chessboard” where China and the US play their great power match?

Vasilis Trigkas is a postdoctoral teaching fellow at Schwarzman College, Tsinghua University. His research and teaching focus on Comparative Grand Strategy, China’s Foreign Policy, Sino-US Relations, and International Security. Previously, Dr. Trigkas has been a Research Fellow at Tsinghua's Belt & Road Strategy Institute, a Visiting Scholar at Columbia University’s European Institute and a WSD Non-Resident Handa Fellow at the Pacific Forum CSIS. He has also done research for the Delegation of the European Union in the USA, the Carnegie-Tsinghua Center for Global Policy, and the Jean Monnet Center of Excellence at the National and Kapodestrian University of Athens.Vasilis holds a PhD in Political Science and a MLaw in Chinese Politics & International Relations from Tsinghua University where he was an Onassis Scholar. He also holds a BSc in Economics from the Athens University of Economics and Business, and an MSc in International Economics from the University of Nottingham. 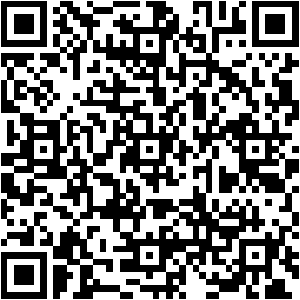