A taste of the Hungry Ghost Festival

It’s one of the most important religious festivals in China and is observed this week in ways which include food offerings made at roadsides, performances of traditional opera, burning of paper money and the releasing of paper boats.

Xi’an Jiaotong-Liverpool University’s Dr Keping Wu, whose research focusses on religion and social memory in the urbanising areas of Suzhou, explains what the Hungry Ghost Festival is all about. The Hungry Ghost Festival is one of the most important religious festivals in China and its importance is reflected in the fact that three major traditions, the Daoist, Buddhist and popular religious, all celebrate it in their own ways.

In Buddhist tradition, it is referred to as the Yulan Festival. It originated the Buddhist story of Mulian who tried to save his own mother from the underworld in the form of a hungry ghost. On this day, offerings are made to Buddhist temples in order to specifically save one’s parents from purgatory.

In the popular religious tradition, there are two sets of celebrations – domestic and public. In the domestic sphere, ancestor worship is performed on the 15th of the 7th lunar month. In the Jiangnan region where Suzhou and Shanghai are located, the worship usually consists of offering cooked meat, fish and vegetables, as well as alcohol and burned paper money to ancestors.

Outside the home, people also make these types of offerings at the roadside, which are for the hungry ghosts who have no offspring to worship them. In the community, such as a village or in the apartment complexes common in urban areas, there are often performances of traditional opera, lighting of paper lanterns, and the releasing paper boats, with each region differing slightly in their traditions.

In fact, the entire month of July on the lunar calendar is considered Ghost Month with taboos in place for the duration, including not playing near water, not going out late at night (especially for children and the elderly), not getting married, and not hanging chimes next to one’s bed. However, few young people know about or observe such taboos in today’s China.

That said, ghosts do hold importance in Chinese culture, and their presence is closely related to the concepts of family and filial piety.
The Chinese patrilineal family is a social institution that not only insures a person’s wellbeing in this world, but also in the other world. And the wellbeing of one’s ancestors, conversely, affects the lives of those of the living.

One particular belief is that a person who dies a bad death, especially before one is able to have children, is at the risk of becoming a hungry ghost who may cause trouble for the living. This is why it is important to appease those ghosts with food and other offerings. It is even more important to avoid the fate of becoming a hungry ghost yourself, by participating in the ever-reproducing patrilineal family.

Furthermore, the highest form of filial piety is to save one’s parents from becoming hungry ghosts by performing correct rituals.

In a way, the Hungry Ghost Festival is a very typical ‘Chinese’ festival because of its syncretic nature that knits together all aspects of popular, Buddhist and Daoist world views. What role it continues to play in today’s China, where young people are increasingly moving away from these kind of traditions, remains to be seen.

Dr Wu is an Associate Professor in the Department of China Studies at XJTLU. Trained as an anthropologist, her current research focusses on issues of gender, religion and social memory in the urbanising areas of Suzhou. 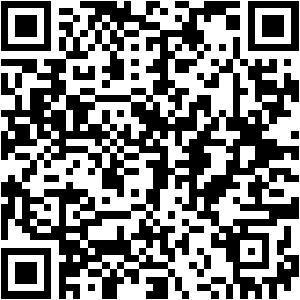