XJTLU in the Media in November

Homepage>News>XJTLU in the Media in November

Representatives from XJTLU have also been included in stories or sought for comment in a number of English-language media outlets including the Associated Press, The Telegraph, SupChina, That’s magazines, Shanghai Daily and China Jiangsu Website. Summary: On 24 November, XJTLU was part of a documentary featuring Suzhou Industrial Park, shot by China Central Television and shown on CCTV Channel 4. From Liverpool in the UK to Suzhou in China, a canal boat connects the two waterside cities, bringing together diverse cultures. XJTLU, as a young Sino-foreign cooperative university, has brought a new culture to Suzhou. 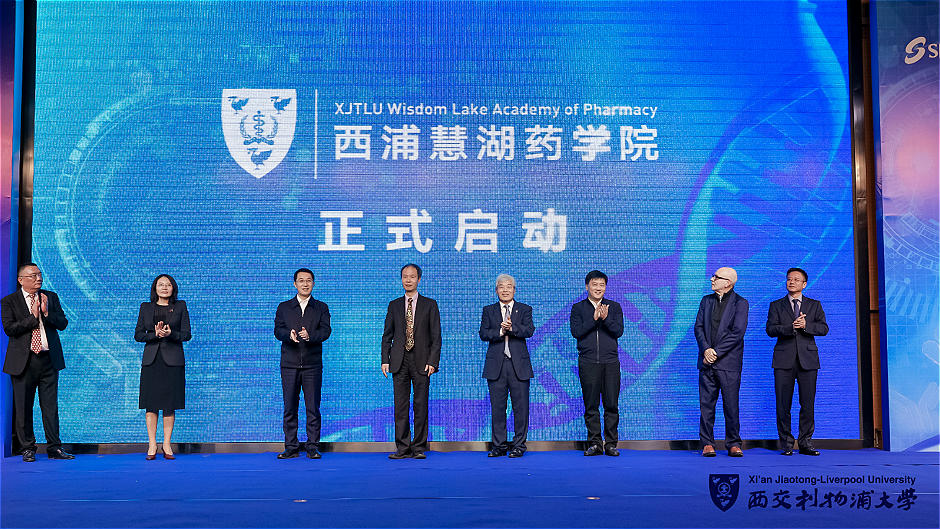 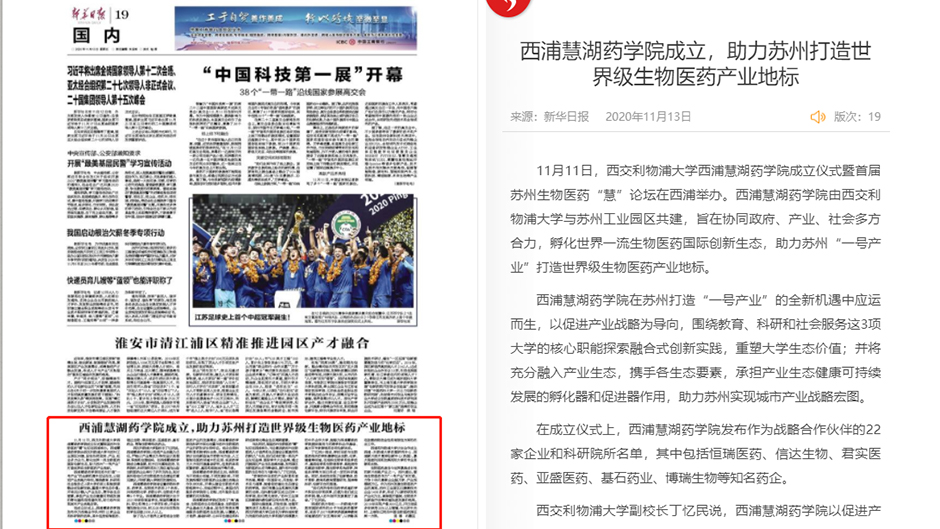 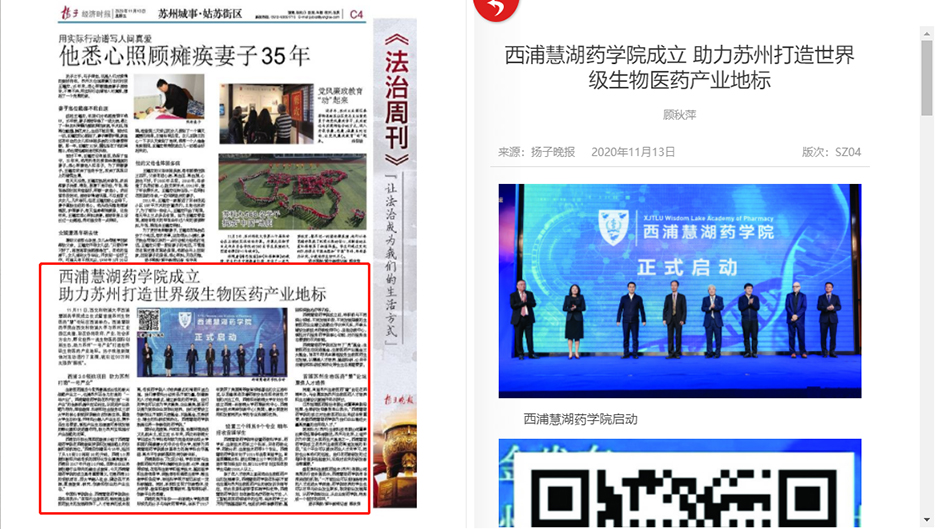 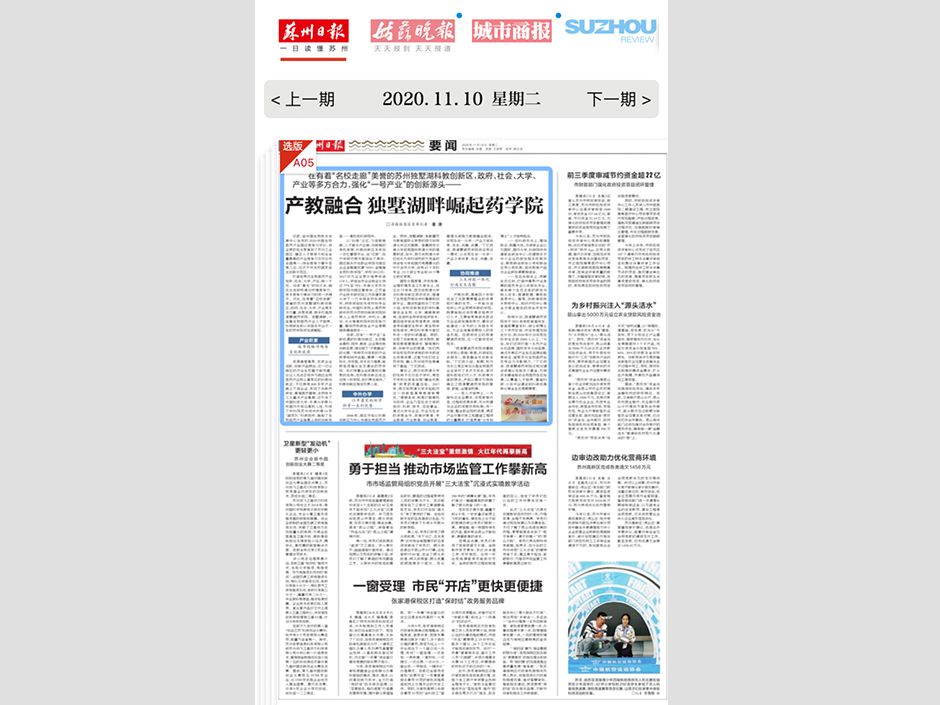 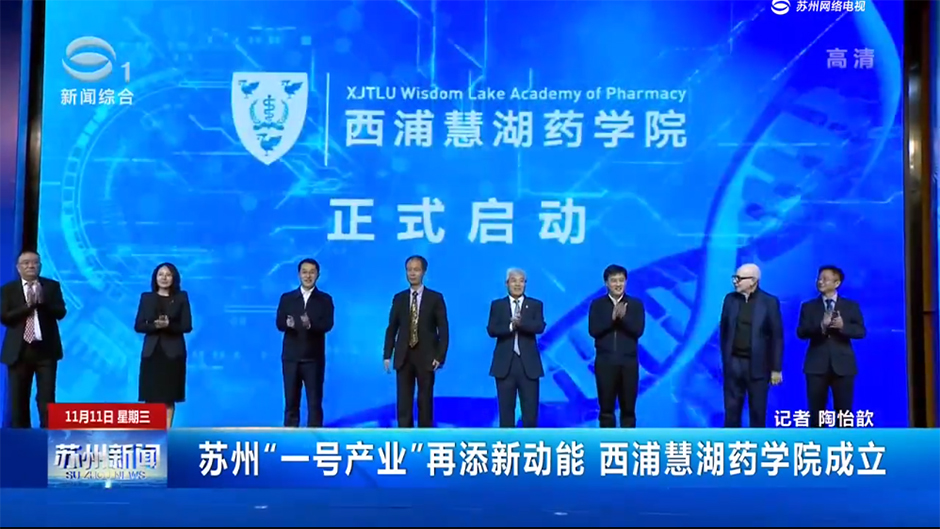 3. Higher education in a post-Covid-19 world

Headline: Professor Youmin Xi: The general trend towards internationalisation of education will not change 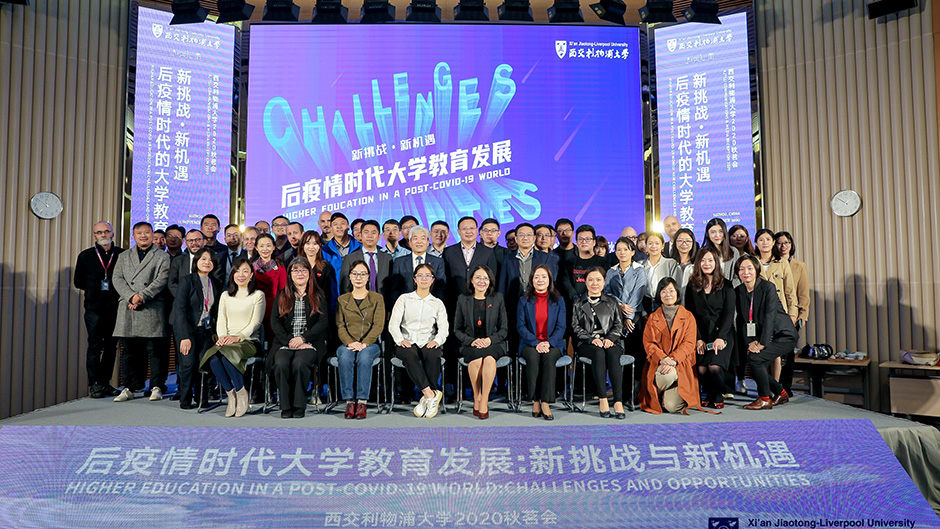 Summary: Challenges and opportunities of higher education in a post-Covid-19 world was the theme of the 2020 XJTLU Communications and Media Reception held at Xi’an Jiaotong-Liverpool University on 11 November. Speakers also shared their stories about educational reforms and thoughts for the future of education from different perspectives, as well as presenting the latest achievements and progress of XJTLU's Syntegrative Education.

Headline: The 6th China Action Learning Forum was held to promote the integration of industry and education through action learning and seek development through innovation 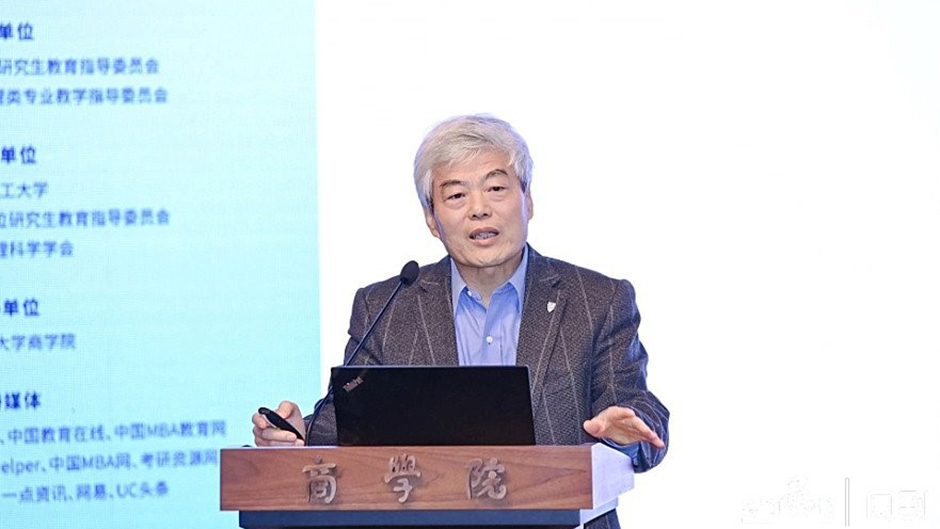 Summary: On 14 November, China Science Daily reported on the 6th China Action Learning Forum, where participants shared experiences and ideas on action learning, promoting the integration of industry with education.

The event, held at the East China University of Science and Technology over the weekend and organised by the university’s School of Business, attracted both online and offline participants.

Headline: Education research| University transformation must break through the fetters

Summary: On 25 November, Professor Youmin Xi, Executive President of XJTLU, published an opinion article in Educator Magazine. He said that in an era of reshaping education, if colleges and universities want to solve problems related to management, technologies and systems, they should innovate in the areas of school structures, educational concepts and teaching methods or risk being and eliminated and replaced. 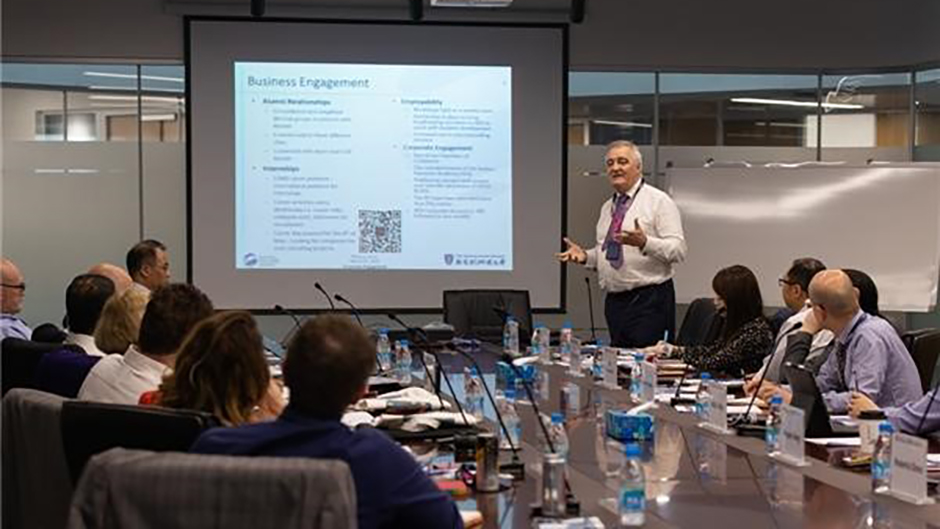 IBSS, which integrates cutting-edge theories and practices of the East and West, is pioneering in China new courses that incorporate the latest concepts of international project management. 6Q Governance™ was developed from 19 years of academic research.

This news was also reported by Dongfang Net. The paper, published on 2 November in the leading journal Bioinformatics, reveals how the MetaTX model enables isoform-specific allocation of RNA modifications. 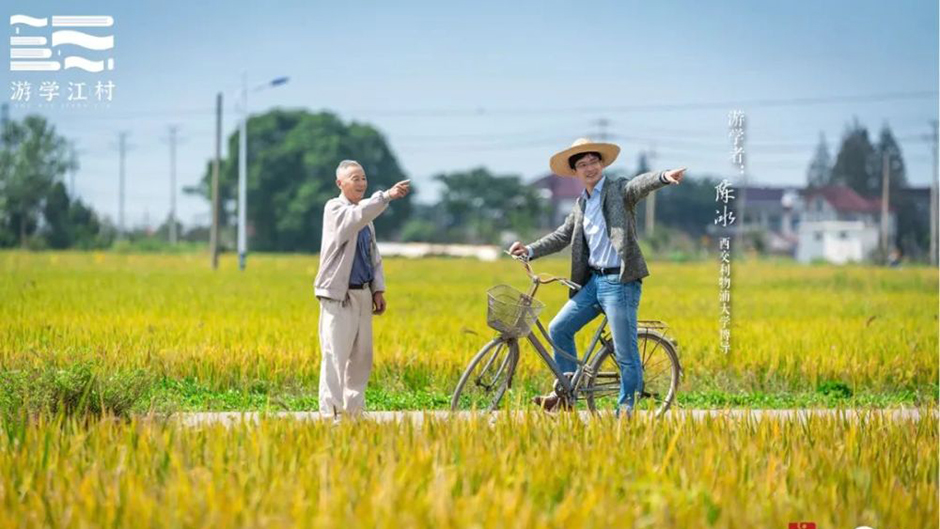 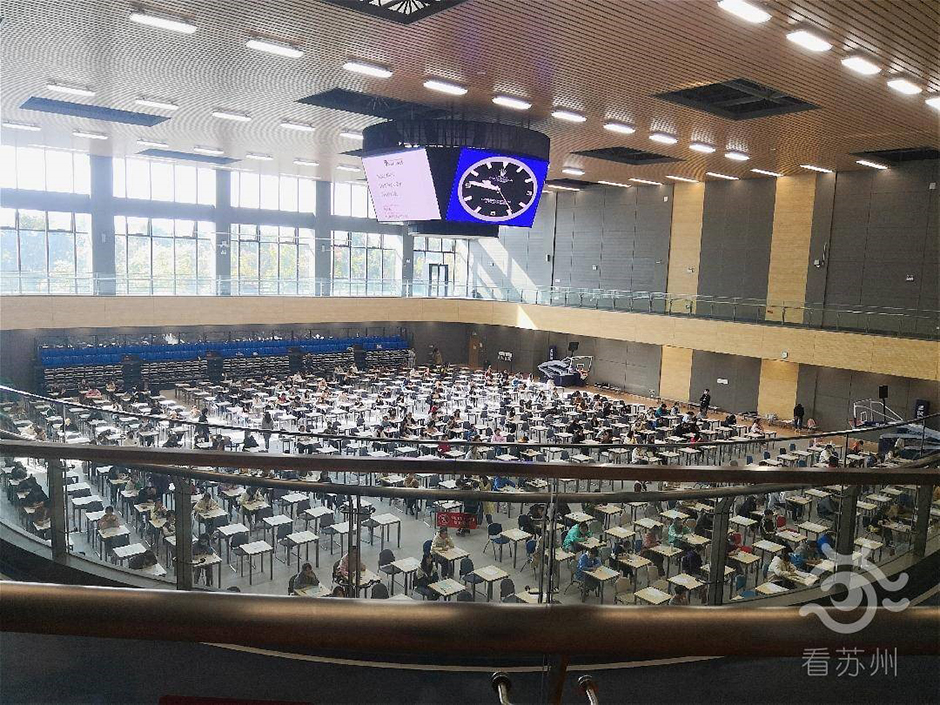 Summary: Suzhou Broadcasting System’s news report on 5 November focused on XJTLU’s use of the gymnasium as an examination room, not only saving the school's site resources and human resources, but also helping students begin to adapt to the atmosphere and culture of foreign schools.

8. English (and other language) media highlights 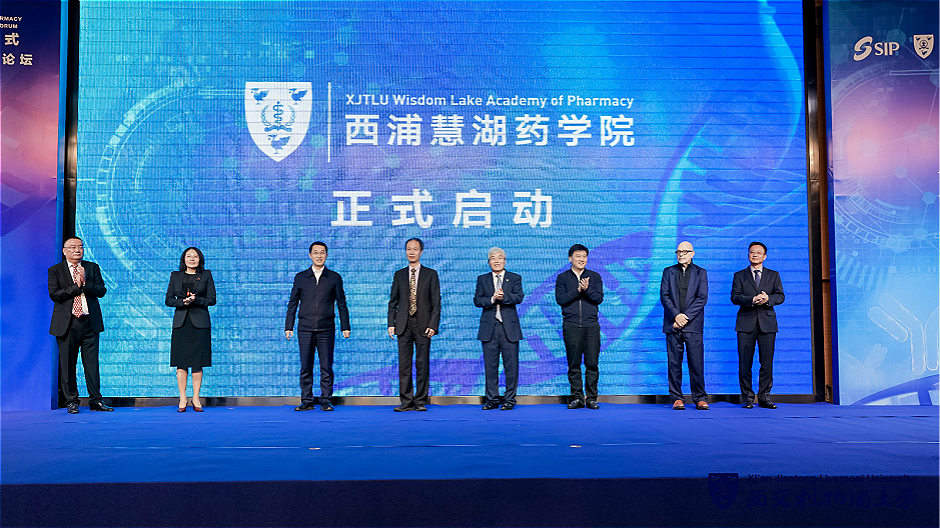 Summary: On 6 November, the Associated Press reported that Xi’an Jiaotong-Liverpool University will launch its new XJTLU Wisdom Lake Academy of Pharmacy on 11 November 2020.

“The biopharmaceutical industry is one of the fastest-growing sectors worldwide,” says Dr Yimin Ding, Vice President of XJTLU. “It is also an exciting industry – with the development of artificial intelligence and nanotechnology, there’s a lot of opportunity for cross-discipline cooperation in the field.” Summary: On 19 November, The Telegraph reported that an international group of researchers have tracked the progress around the world of tips on planting and caring for Solidago canadenisis, also known as Canada goldenrod, which is native to the US but invasive in other parts of the world. According to the study, beekeepers are importing the invasive goldenrod plant after falling for fake news on social media about scientifically unsupported health benefits of goldenrod honey.

Co-author Professor Johannes Knops of Xi'an Jiaotong-Liverpool University, said: “(Invasive goldenrod) has a major effect on ecosystems, reducing the number of plant types and impacting the insects, birds and animals that depend on those plants for habitat and food.

Headline: How Covid-19 has — and hasn’t —changed Chinese students’ plans for international education 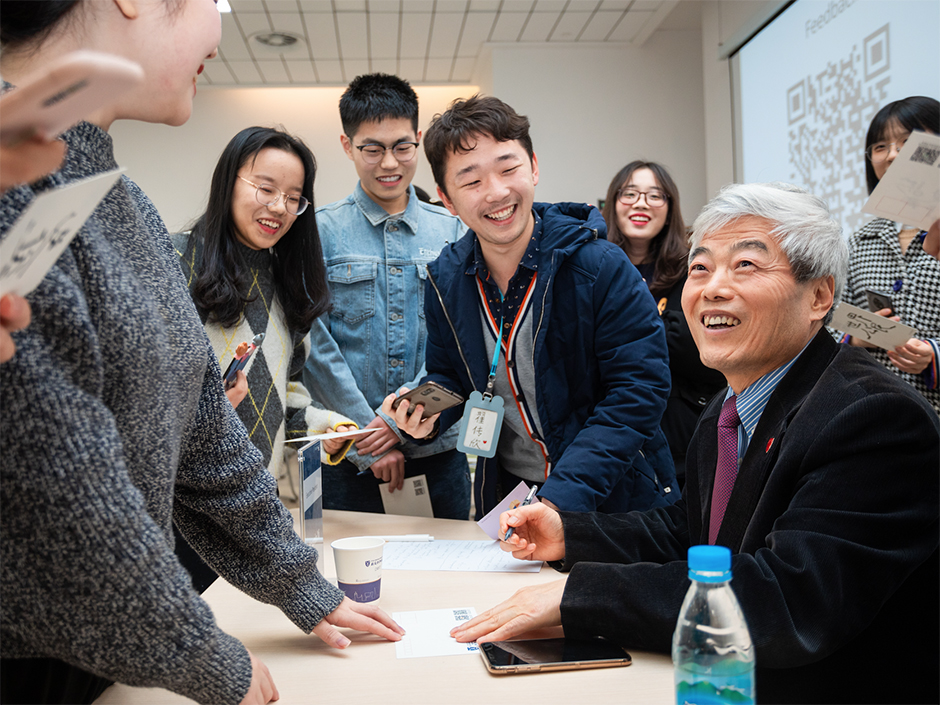 Summary: In a world upended by the Covid-19 pandemic, Chinese students are rethinking their education choices. And the decisions they made this year are bound to have far-reaching implications not only for universities in foreign countries, but also for higher education in China, where some say systemic reform is long overdue. A journalist from Sup China talked with Professor Youmin Xi, Executive President of XJTLU, and Yajing Liu, Jingyi Lin and Chuanxi Wang, students from XJTLU, to learn their feelings about the topic.

Headline: Like a Literati: How to Enjoy Suzhou's Gardens Summary: The historic city of Suzhou in Jiangsu province is famed for the classical garden residences built centuries ago, and according to Dr Yiping Dong of Xi’an Jiaotong-Liverpool University’s Department of Architecture and Design, the gardens imitate classic Chinese landscape paintings: rocks represent mountains; ponds represent lakes. To help readers learn more, XJTLU researchers shared tips on how to appreciate Suzhou’s gardens like the literati did hundreds of years ago.

Summary: A forum sharing experiences and ideas on action learning and promoting the integration of industry with education was held at the East China University of Science and Technology on 15 November. 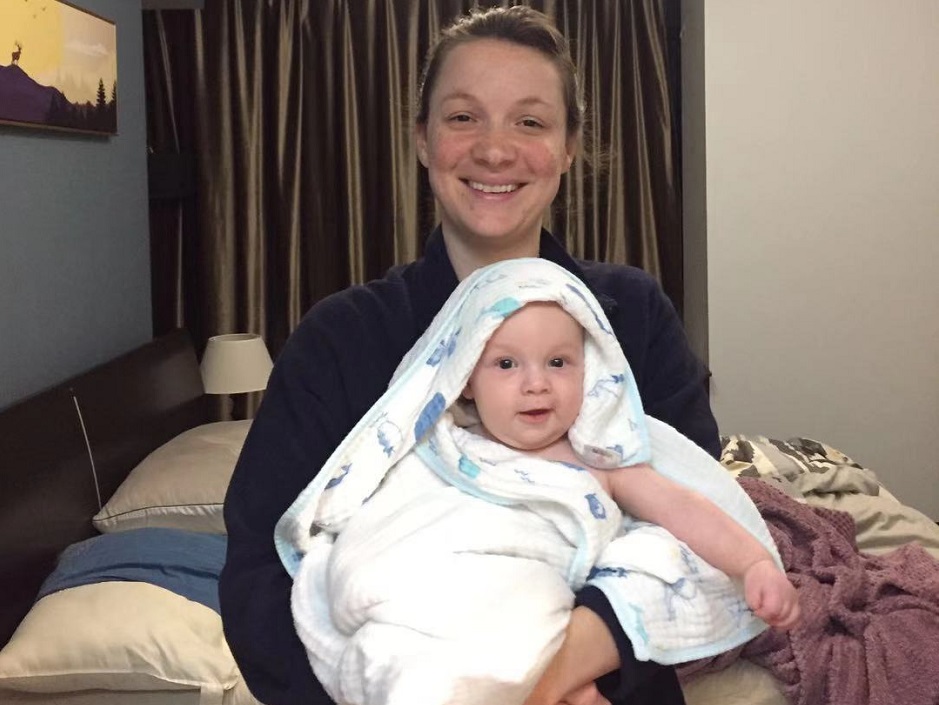 Summary: On 27 November, China Jiangsu Website shared stories of staff from XJTLU who have been “stuck” abroad due to Covid-19 pandemic. Some were able to enter China before border restrictions took effect in March; others were able to return in late summer. Already by the end of August, approximately 80 percent of XJTLU staff had arrived back to Suzhou. Since then, aside from special circumstances, the remainder have trickled back. 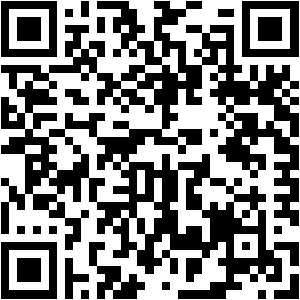 3 November 2020
XJTLU in the Media in October