XJTLU in the Media in May

Homepage>News>XJTLU in the Media in May

Representatives from XJTLU have also been included in stories, sought for comment, or authored content in a number of external media outlets, including South China Morning Post, Kompas.com and Smithsonian Magazine. 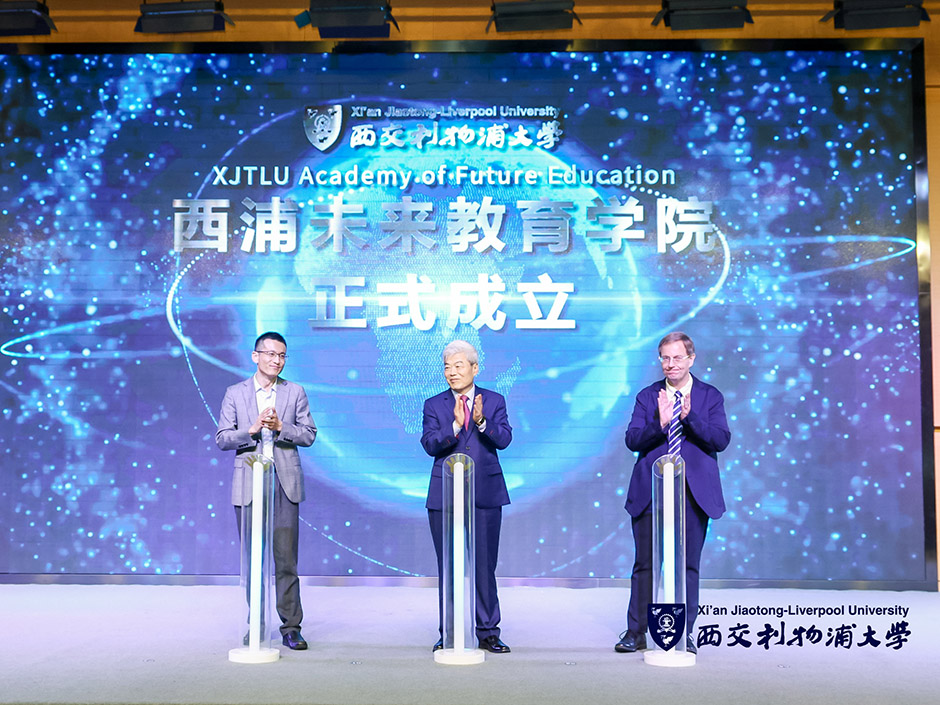 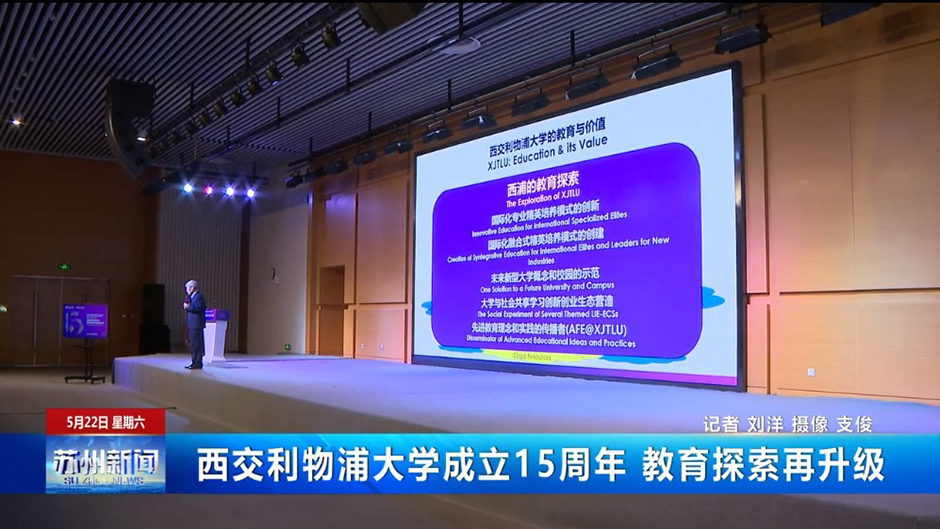 Summary: Xi’an Jiaotong-Liverpool University organised the 6th Annual Conference on Higher Education Innovation & Case Sharing of XJTLU Education Exploration on 22 May. At the conference, the University celebrated its 15th anniversary with the launch of the Academy of Future Education and Academy of Film and Creative Technology and the opening of the XJTLU Learning Mall education platform to the public. The launches and public opening saw the official start of XJTLU 3.0, an education model the university first began exploring in 2018.

“The 15th anniversary marks the improvement of XJTLU 1.0, the deepening of 2.0, and the official start of 3.0,” said Professor Youmin Xi, Executive President of XJTLU. 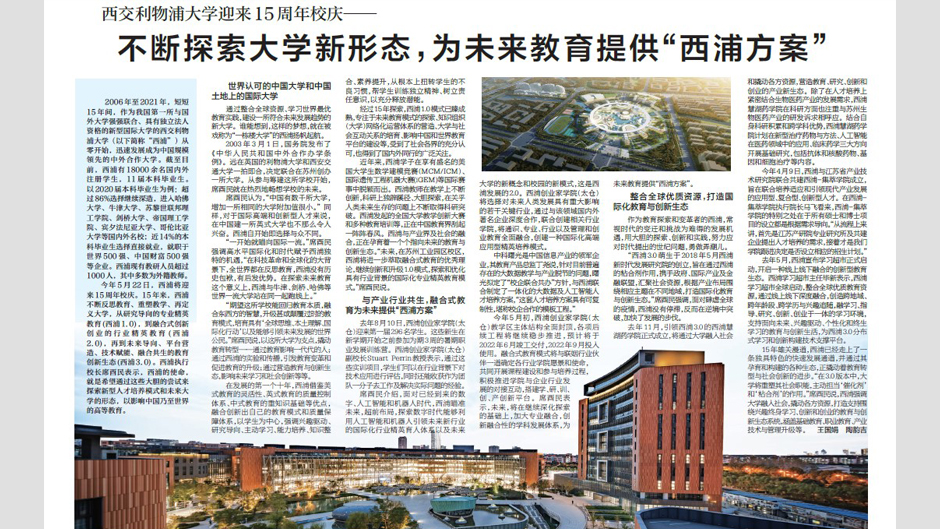 Summary: On 20 May, Xinhua Daily reported on XJTLU’s educational development and achievements in the past 15 years with the article ‘Exploring new forms of universities and providing XJTLU plans for future education’.

Since its founding, XJTLU has been dedicated to reflecting, reshaping and redefining higher education. The university has created three unique education models: XJTLU 1.0, which focuses on upgrading traditional education and exploring new models to prepare international specialised elite professionals and leaders; XJTLU 2.0, which synergises resources and develops elite professionals and leaders for industries worldwide; and XJTLU 3.0, dedicated to integrating education with society, leveraging broad resources and creating an innovative education ecosystem.

In an interview with Xinhua Daily, Professor Youmin Xi, Executive President of XJTLU, noted: “By combining global resources and best practices in education, I hope to build a university that could return to its original roots – an institution capable of cultivating global citizens with an international mindset, with an appreciation for local culture and aspirations to change the world”.

Headline: The exploration and innovation of future education: Xi’an Jiaotong-Liverpool University is celebrating its 15th anniversary

Summary: On 21 May, Yangtse Evening Post featured the progress and outcomes of XJTLU’s educational exploration over the past 15 years and the University’s plan for the future. The feature demonstrated how XJTLU is widely recognised for its unique outlook and outstanding of students. It also referred to the University as "the benchmark of Sino-foreign joint universities" and "China’s pathfinder to reform higher education".

In an interview with Yangtse Evening Post, Dr Xiaojun Zhang, Executive Dean of the Academy of Future Education, said: “As a visionary leader, XJTLU has been committed to creating a future-oriented and innovation-driven educational ecosystem over the past fifteen years.”

He also mentioned that the University is a strong advocate of comprehensive development for students, with the belief that students’ growth should be the fundamental goal of an educational institution. The innovation and reshaping of education must be future-oriented to help students survive and compete post-graduation, he said. It should also facilitate the interaction and integration of education with society in the era of the internet, digitalisation and artificial intelligence.

Headline: From pathfinder to leader: XJTLU is celebrating its 15th anniversary Summary: On 17 May, an article in Suzhou Daily noted that XJTLU is one of the first Sino-foreign joint venture universities to be approved by China’s Ministry of Education (MoE) as an independent entity. The article also referred to the University as “China’s pathfinder to higher education”. Furthermore, it featured the University’s 15 years of exploration into the future of education and its efforts to use Syntegrative Education to cultivate talented professionals who fit market needs. The article noted that XJTLU is reforming higher education institutions’ social functions and is moving towards its 3.0 era. 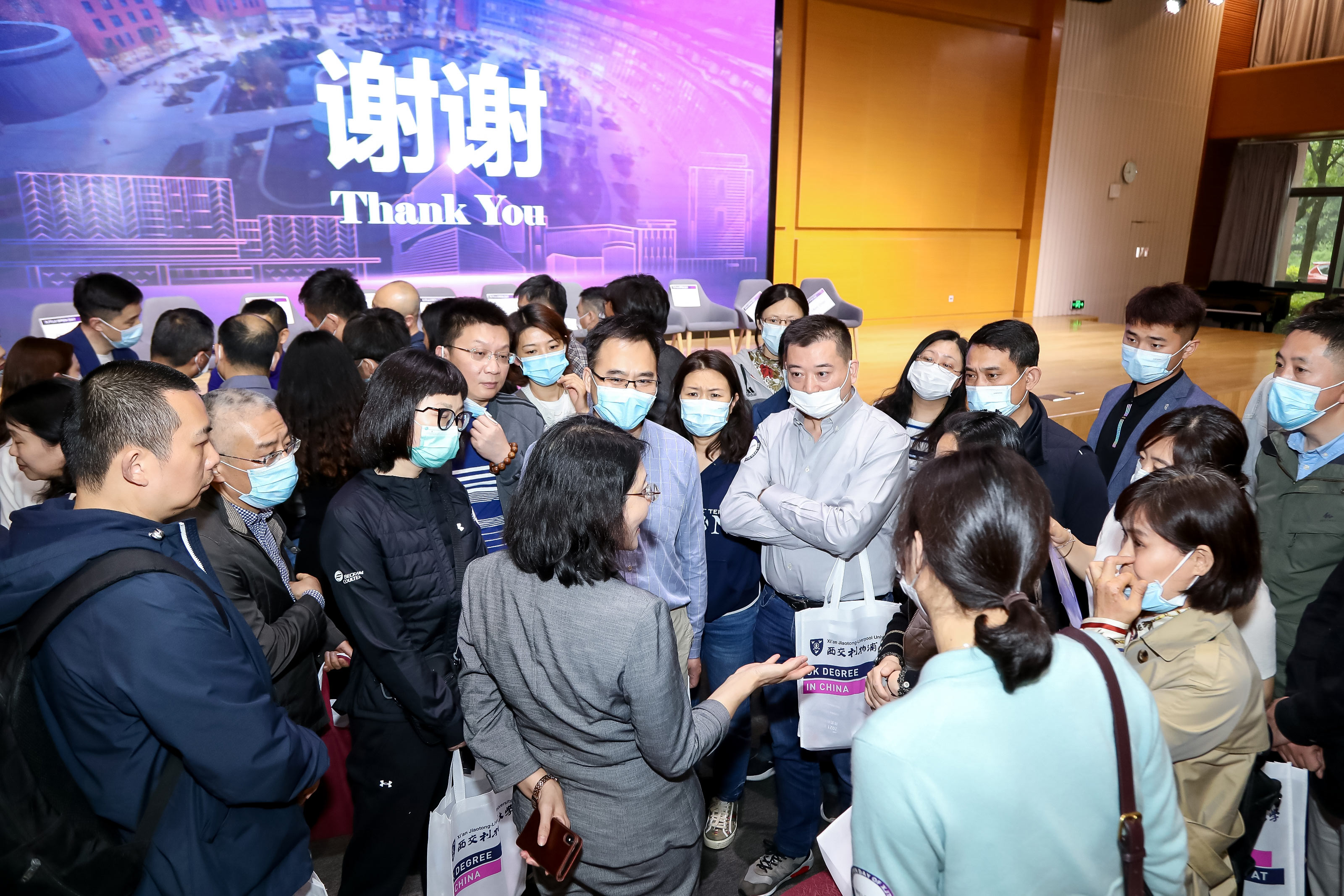 Professor Youmin Xi, Executive President of XJTLU, discussed the University’s 15 years of exploration in higher education, its educational philosophy and how XJTLU prepares students for the future. Professor Xi noted that the University is committed to building a pluralistic and open international academic community to broaden students' global vision. He also mentioned that while international education in the post-pandemic era faces challenges in the short term, the pandemic will not stop education from continuing to globalise. Professor Xi noted that XJTLU will continue to accelerate its process of globalisation in its philosophy of education, curriculum setting, academic team and campus culture. 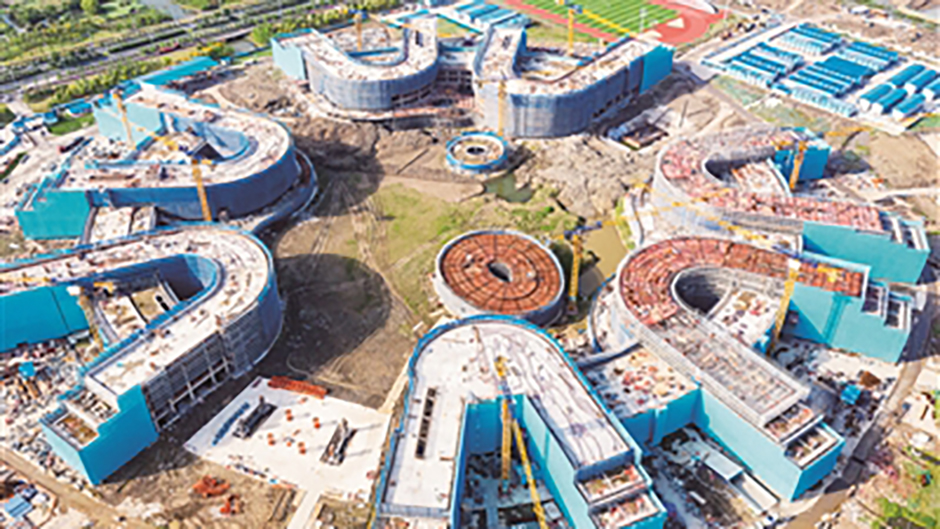 Summary: Taicang Daily reported the horseshoe-like features of XJTLU Entrepreneur College (Taicang) on 1 May. The College had its first public appearance on 30 April, establishing that it is the first campus in China of this design. With the ring-shaped XJTLU Learning Mall the core of the campus, the College is expected to connect disciplines, programmes and industries. 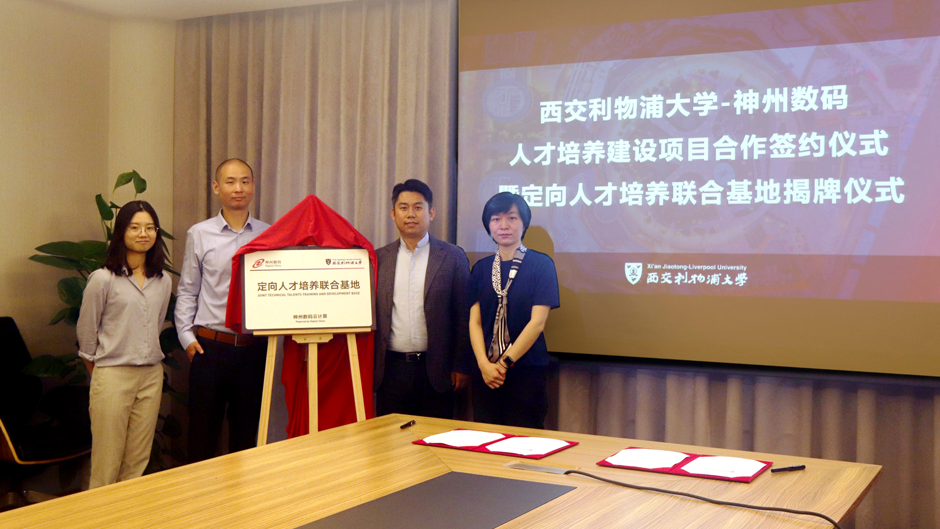 Summary: Digital China and XJTLU reached a cooperation agreement on talents cultivation on 10 May. Digital China, which has years of experience in cloud and digital technology, will work hand in hand with XJTLU to build a talent base empowered by the University’s academic and professional strength. The cooperation aims to cultivate talented professionals with digital specialisations to meet the needs of a changing technological world

5. XJTLU in the Community Summary: A City Lecture at Xinghai High School on 14 May, part of a co-effort by XJTLU and Suzhou Traffic Radio, featured a lecture by Professor Mu Wang, Executive Dean of XJTLU Wisdom Lake Academy of Pharmacy. He explored five major global trends of life sciences, supported with facts and figures. At the end of the lecture, Professor Wang encouraged the students to join in transforming China from a manufacturer of pharmaceutical products to leader in global pharmaceutical development. 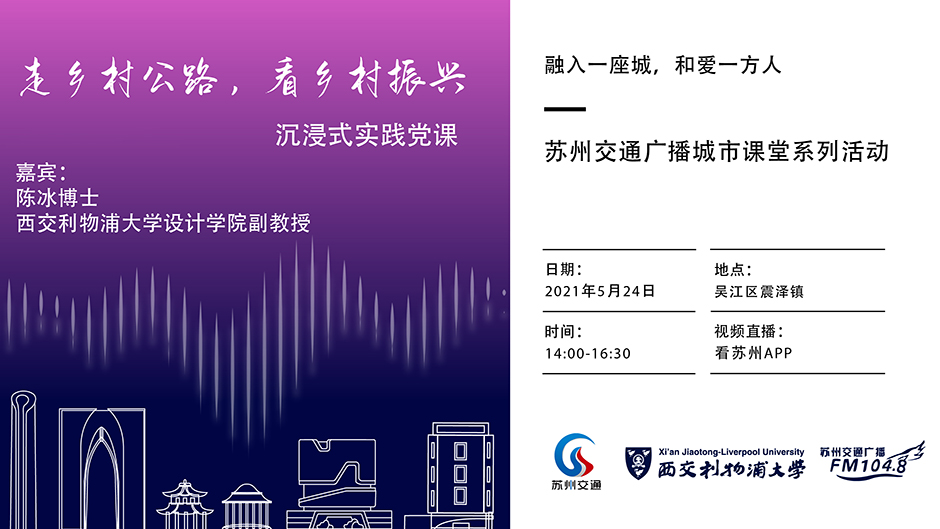 Summary: On 24 May, Dr Bing Chen of XJTLU’s Design School took the City Lecture series to the road, exploring Xiejialu village in Wujiang district. Along the rural roads, officials and other guests saw the reviving countryside.

The news was also reported by CRI Online, China Report and Wujiang Daily. 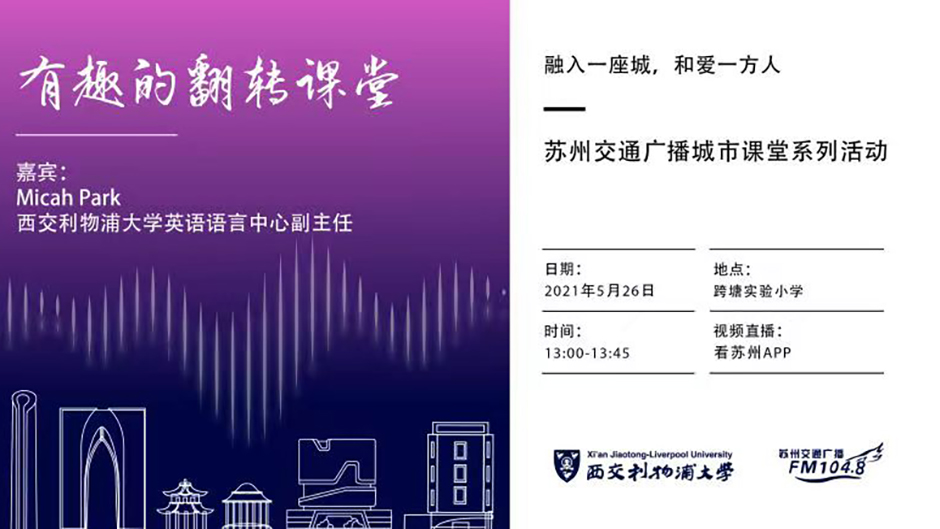 Summary: A City Lecture was presented at Kuatang Experimental School on 26 May. The lecture series was a co-effort of XJTLU and Suzhou Traffic Radio and was delivered by Micah Park, Deputy Director of English Language Centre (ELC) at XJTLU. He provided an entertaining flipped lecture to grade 3 students at the school.

Professor Qiuling Chao, Vice President at XJTLU, delivered a keynote speech on China's social development and future talent cultivation. She said that China should base its higher education on “the great rejuvenation of the Chinese nation” and keep up with the “greatest changes in a century”.

The news was also reported by Dayoo Net. Summary: On 24 May, The Pie News reported that XJTLU celebrated its 15th anniversary by launching new academies and opening the XJTLU Learning Mall to the public. 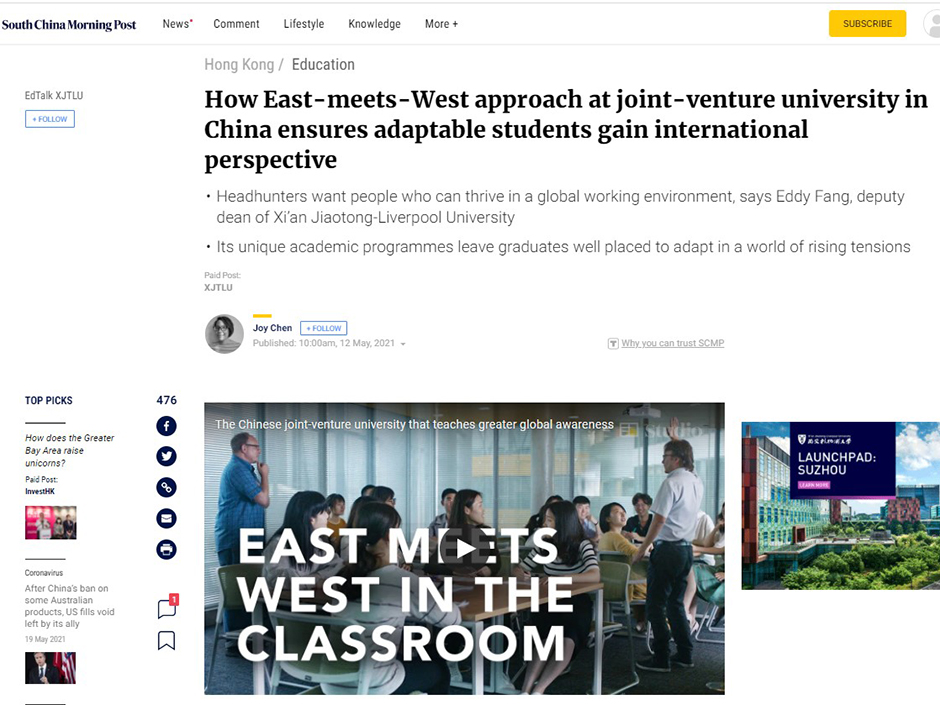 Summary: On 12 May, an article and video in South Morning Post featured the comments of Dr Eddy Fang, Deputy Dean and Senior Associate Professor at XJTLU’s International Business School Suzhou. He noted today’s need for graduates who are ready for a culturally diverse workforce and prepared to cope with an increasingly polarised world.

Headline: Want to Get 2 Degrees at Once? Xi'an Jiaotong-Liverpool University Could Be an Option 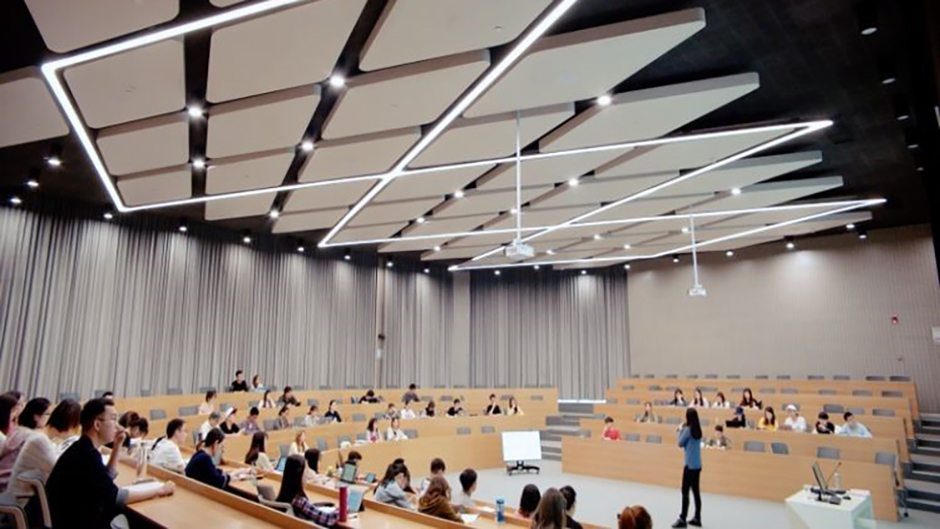 Summary: On 13 May, Indonesian-language media Kompas.com featured XJTLU alumnus and JD.ID Indonesia Senior Key Account Manager Fincent Sumiko. He said when choosing a university, he considered factors like academic standards, campus atmosphere, cultural experiences, and prestigious college degrees. Among those factors, the quality of XJTLU’s education system was key to his decision.

“I chose XJTLU because it combines two things that I think are very important, namely the British education system and being in China, the country that has the fastest progress in the world,” Fincent said. 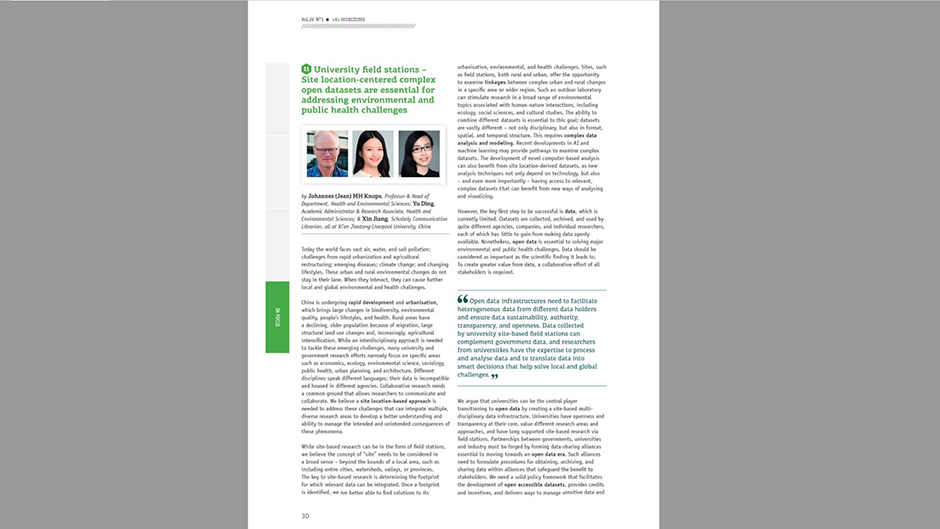 Summary: In an article in IAU Horizons XJTLU staff Professor Johannes Knops of the Department of Health and Environmental Sciences; Yu Ding, Academic Administrator and Research Associate, also of that Department, and Xin Jiang, Scholarly Communication Librarian argue that addressing today’s complex ecological and public health challenges requires large, open, site-based data sets which can be made possible through expansion of field stations. Universities should take the lead, they say.

Headline: Your new English language teacher is a robot 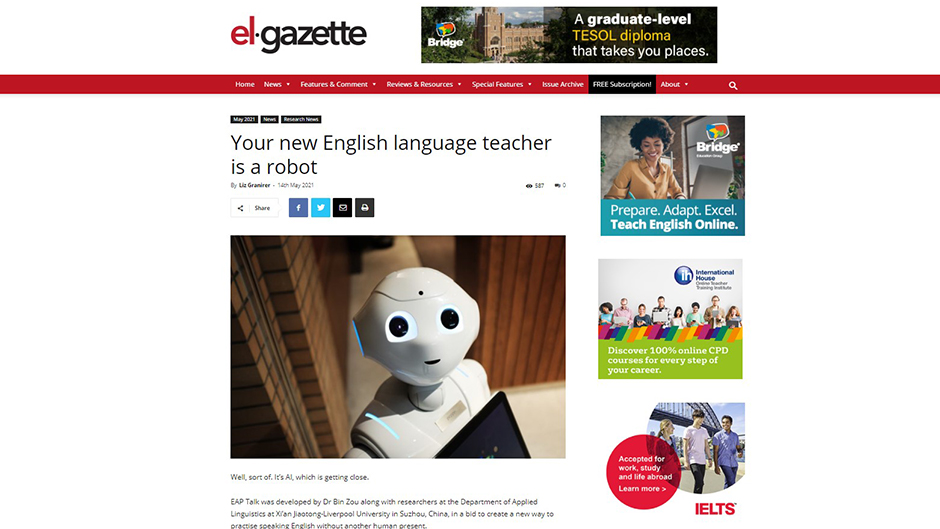 Summary: On 14 May, El Gazette covered EAP Talk, an AI platform that can automatically assess a university student’s speaking practice. Dr Bin Zou and other colleagues at XJTLU developed the platform, which aims to create a new way to practise speaking English without another human present. It provides students with instant feedback.

“The idea is that EAP Talk can be a 24-hour standby teacher for students to practise English whenever and wherever they want,” Dr Zou says. “The system can accurately identify common problems in spoken English, such as pronunciation and grammar, right down to a single word in a sentence.”

Summary: On 14 May, Smithsonian Magazine focused on the effect of climate fiction on readers’ views about environmental issues. Professor Adeline Johns-Putra, a literary scholar at XJTLU, author of the monograph ‘Climate Change and the Contemporary Novel’ and editor of multiple books on climate fiction, said climate fiction novels enhance people’s awareness of climate issues and that awareness can increase people’s demand to read these books.

The news was also reported by Press News Agency and Gamers Grade. 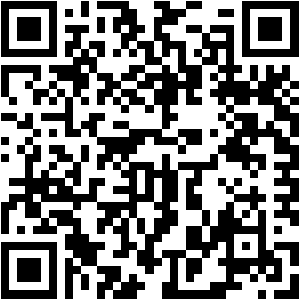 31 March 2021
XJTLU in the media in February and March