XJTLU in the Media in June

Homepage>News>XJTLU in the Media in June

Representatives from XJTLU have also been included in stories, sought for comment, or authored content in a number of external media including That’s Magazine, SupChina, Lafent, and Times Higher Education – Campus. 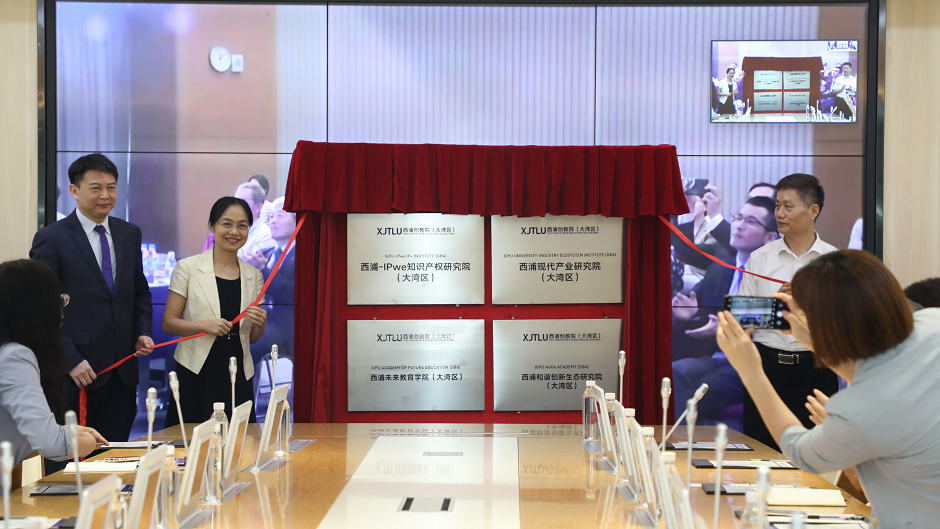 Summary: On June 1, People’s Daily featured Xi’an Jiaotong-Liverpool University’s launch of the XIPU Innovation and Education College (GBA) in Guangzhou on May 31, in partnership with the Management Committee of Guangzhou Nansha Economic and Technological Development Zone.

Designed to become an ecosystem for education, industry and innovation, the College will integrate interest-driven learning, lifelong learning, research and development, and industry training to become an international science and technology innovation hub with global influence in the Guangdong-Hong Kong-Macao Greater Bay Area (GBA).

Professor Youmin Xi, Executive President of XJTLU, addressed attendees at the launch ceremony. He noted that the Greater Bay Area is the perfect fit for XJTLU as the region shares the University’s vision for its 3.0 model, which focuses on developing an ecosystem for education, research, innovation and entrepreneurship.

“That’s why XJTLU has come to GBA – we want to combine our resources with local government and businesses to help build a global science and technology innovation centre in the region,” said Professor Xi. 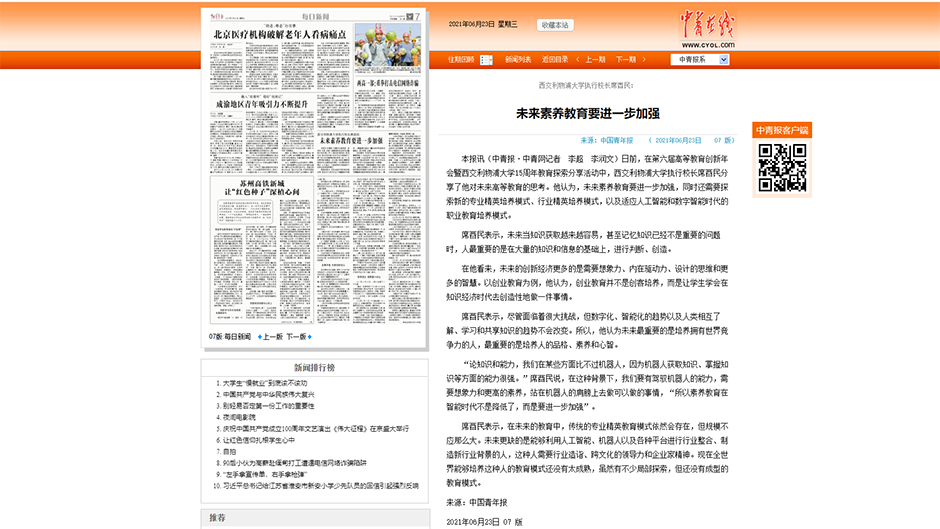 Summary: On June 23, XJTLU Executive President Professor Youmin Xi was interviewed by China Youth Daily and noted that literacy education needs to be enhanced for the future. He also said that we should continue to explore new models of education that can groom specialised elites, industry talents and new vocational training, which needs to adapt to the era of artificial intelligence and digital intelligence. 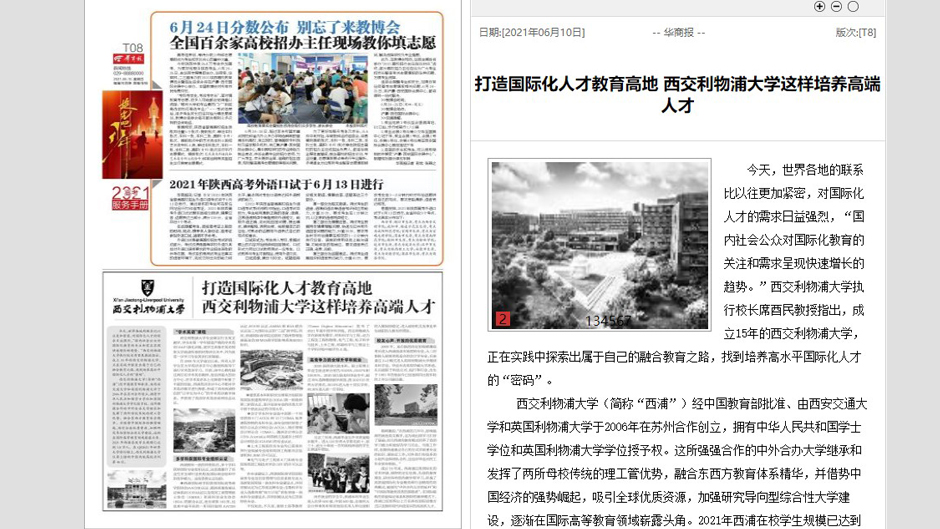 Summary: Chinese Business View published an article about XJTLU’s educational model. Professor Youmin Xi, Executive President of XJTLU, noted that there is a rapidly growing trend of public concern and demand for international education in China.

“XJTLU is exploring its own path to Syntegrative Education in practice and finding the approach to developing high-level international talents,” Professor Xi said.

Headline: A conversation with Professor Youmin Xi: A Sino-foreign joint-venture university has its diversified educational model and the internationalisation 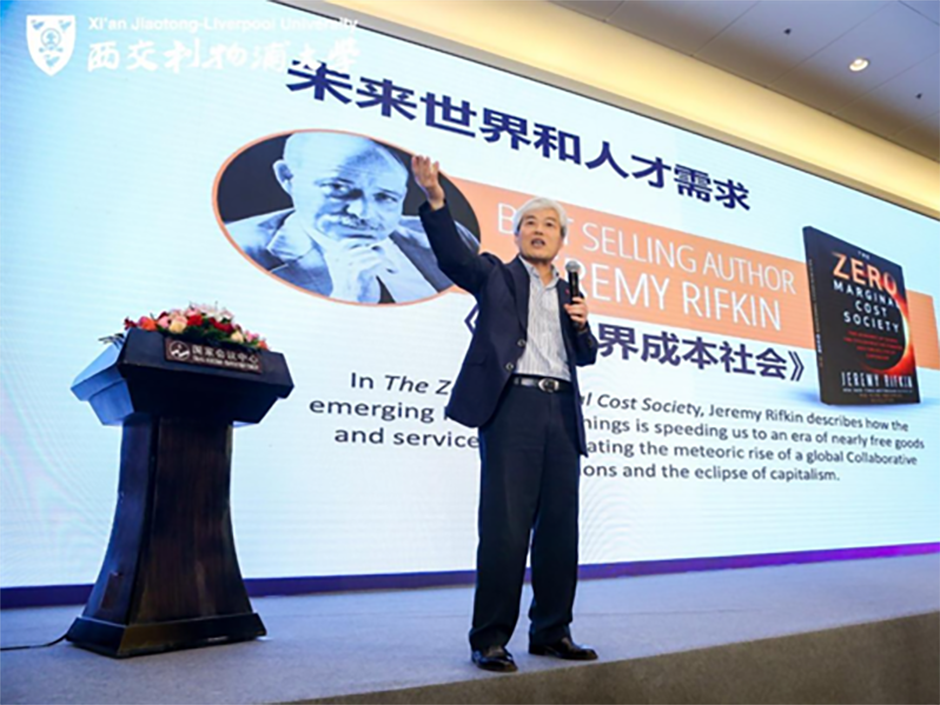 Summary: With China embarking on a new journey to build a modern socialist country in an all-around way and marching towards a new centennial journey, questions are frequently asked concerning China-based joint-venture universities: “How can we develop Sino-foreign cooperation in the running of schools in the context of a new era? What can Sino-foreign cooperation do in the face of the global epidemic?” 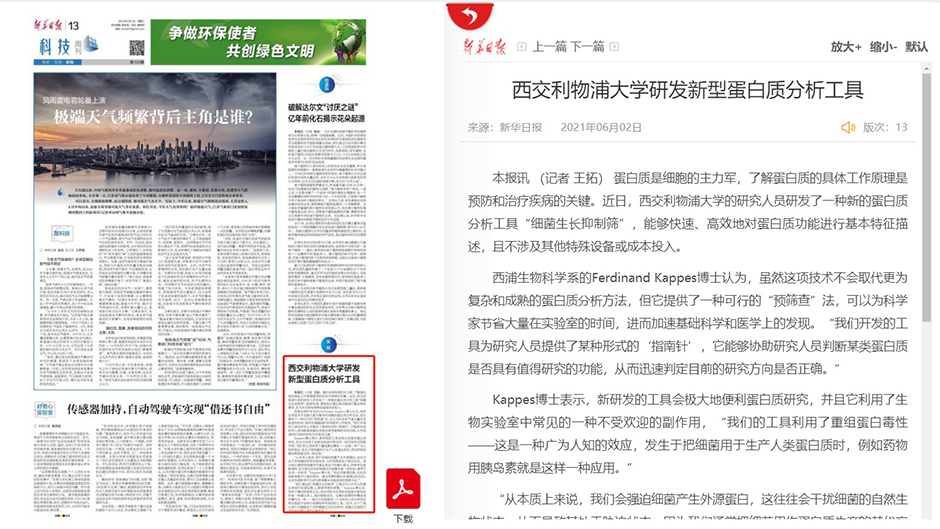 Summary: Xinhua Daily published an article about a protein analysis tool developed by researchers from Xi’an Jiaotong-Liverpool University. The new protein analysis tool – coined the Bacterial Growth Inhibition Screen (BGIS) –could fast-track the process of assessing proteins. The tool allows for quick and efficient basic characterisation of protein function with no special equipment or cost involved.

Dr Ferdinand Kappes of XJTLU’s Department of Biological Sciences says that while it won’t replace more complex and established protein analysis methods, the BGIS tool offers a viable ‘pre-screening’ method that could save scientists significant time in the lab, in turn accelerating basic science and medical discoveries.

Summary: China Daily published an article about the establishment of Industrial Development Advisory Board of XJTLU Wisdom Lake Academy of Pharmacy on June 11. 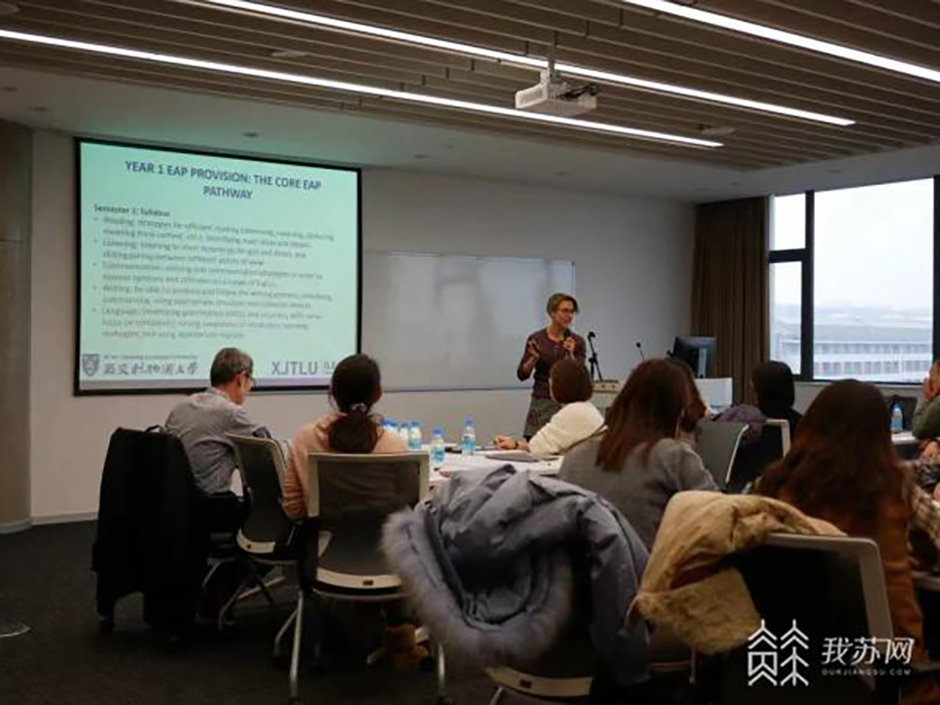 Summary: China’s emphasis on examination results has led to students learning the general English needed to pass tests. However, today’s China puts a strong demand on preparing students to be future leaders in the global workforce. These graduates should be able to communicate well in the English used in their professions.

This news was also reported by Yangtse Evening Post. 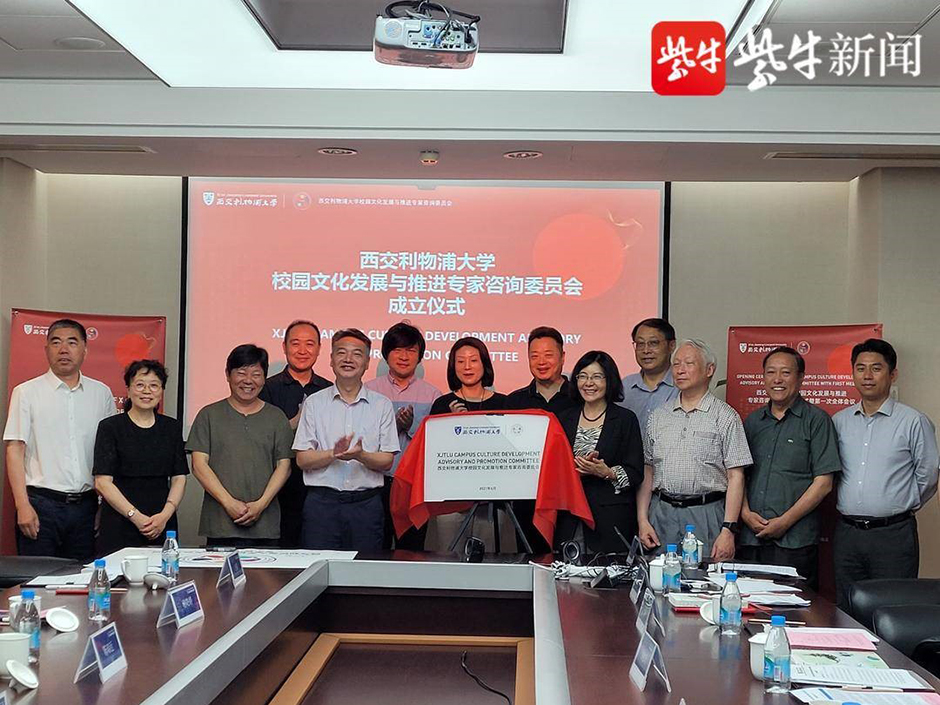 Summary: Yangtse Evening Post published an article about establishing XJTLU Campus Culture Development Advisory and Promotion Committee and its first meeting on June 9. There were 12 professionals appointed as members of the Committee.

This news was also reported by Modern Express and Suzhou Daily. 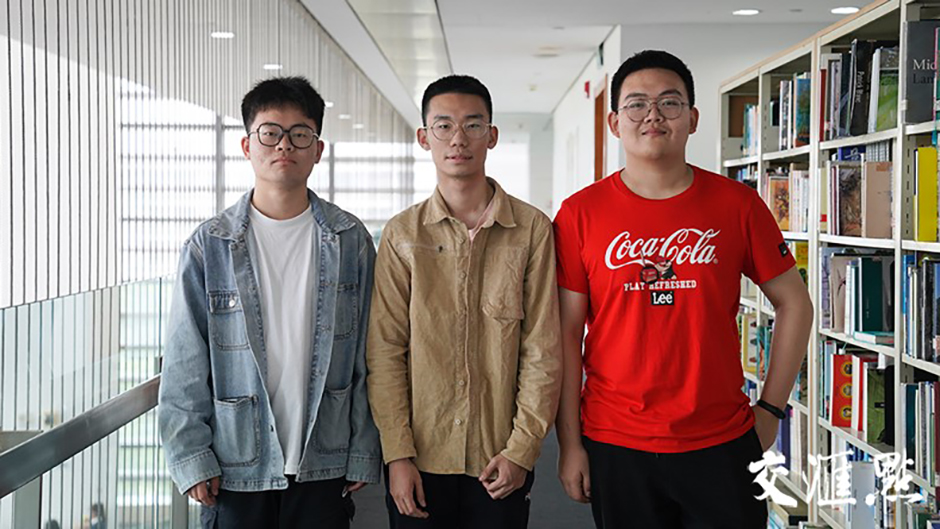 Summary: Xinhua Daily published an article about XJTLU students winning special prizes at MCM/ICM 2021. XJTLU had the best achievement of all time in the 2021 MCM/ICM competition, with student teams winning two special awards, 12 first prizes and 18 second prizes. Only 1% of the 16,059 teams in the world are awarded a special prize.

Qiuyi Chen, Zhenyao Zhu and Xiaotian Ji, all Year One students from the Department of Foundational Mathematics, won special prizes in the competition at their first participation. It is also the best achievement of a Year One team in XJTLU’s history. 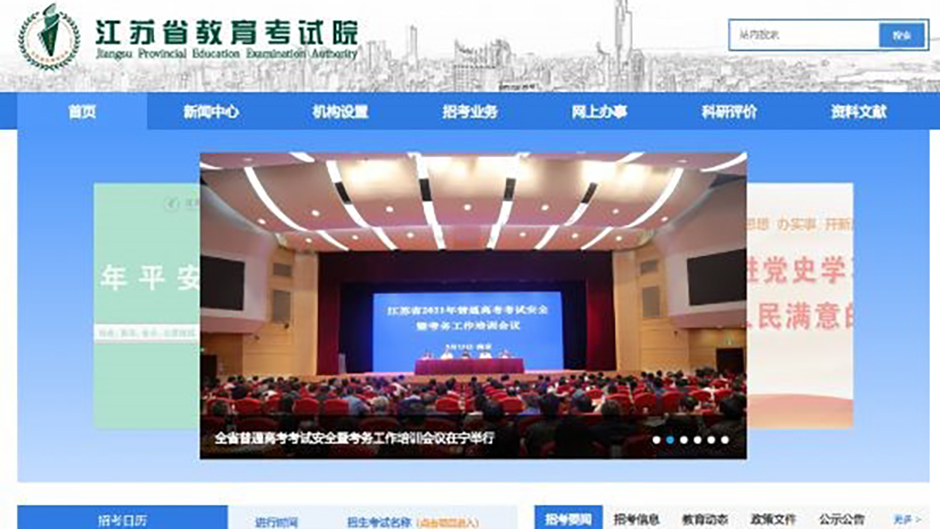 Summary: Jiangsu Television Station reported on Jiangsu’s comprehensive evaluation pilot project on June 3. In the programme, 23 universities across China, divided into two types (A and B) had experimental pilot projects this year. Currently, 14 universities based in Suzhou, including Xi’an Jiaotong-Liverpool University, released preliminary admission lists for the Jiangsu comprehensive evaluation 2021.

This news was also reported by People’s Net. 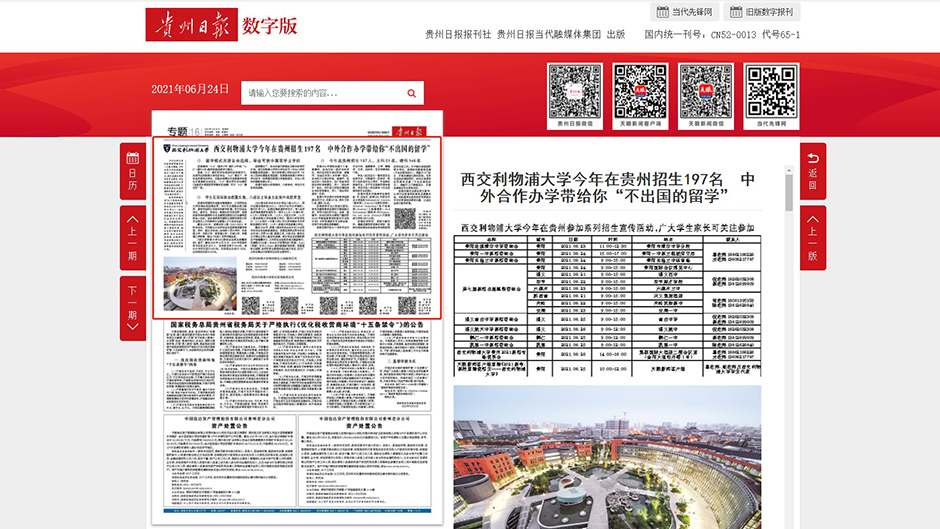 Summary: Guizhou Daily published an article about Xi’an Jiaotong-Liverpool University on June 24. XJTLU is one of the earliest Sino-foreign joint-venture education institutions approved by the Ministry of Education of China. The University results from a historic partnership between Xi’an Jiaotong University and the University of Liverpool, and the academic reputation is enhanced by this collaboration. XJTLU combines East and West’s best to offer students a unique educational experience that prepares you to be a future leader.

Headline: Gaokao guideline: how do you study internationally from home?

Summary: 21st Century Business Herald’s article on June 16 says studying in a Sino-foreign joint venture university instead of a famous traditional university is becoming a new choice for students. Especially with the global pandemic, high school students who prefer universities with a high level of internationalisation are likely to switch their attention to Sino-foreign education. The article also says that students can enrol at Xi’an Jiaotong-Liverpool University either from college entrance examination or from comprehensive evaluation based on college entrance examination scores. The latter is only applicable to students from Jiangsu Province and Guangdong Province. 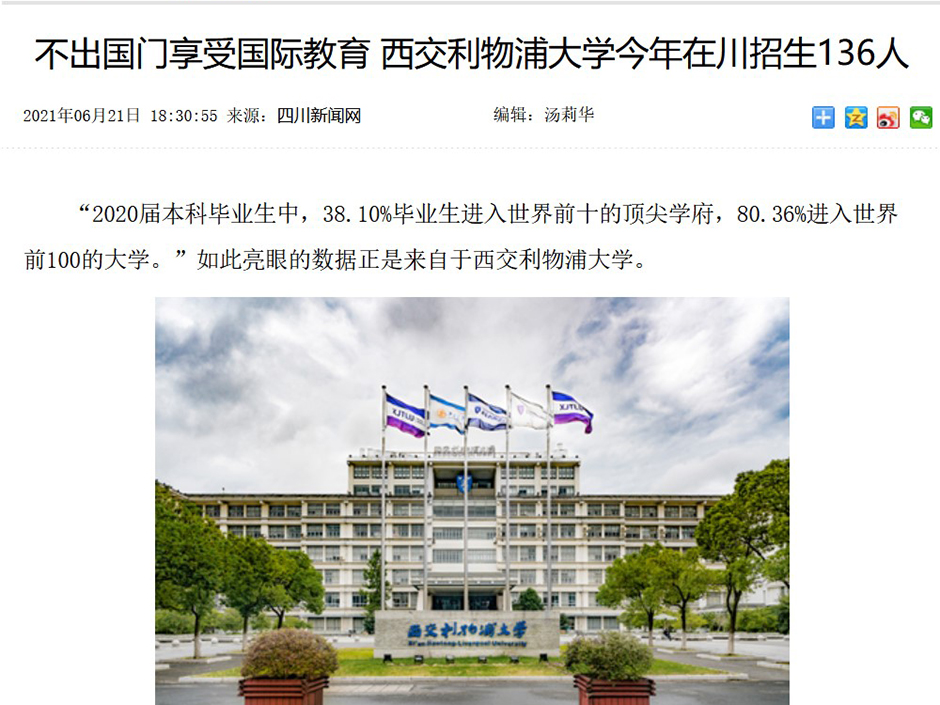 This year, among the 136 students from Sichuan province enrolled at XJTLU, 39 students study arts, and 97 students learn sciences. All students are enrolled in significant category programmes. 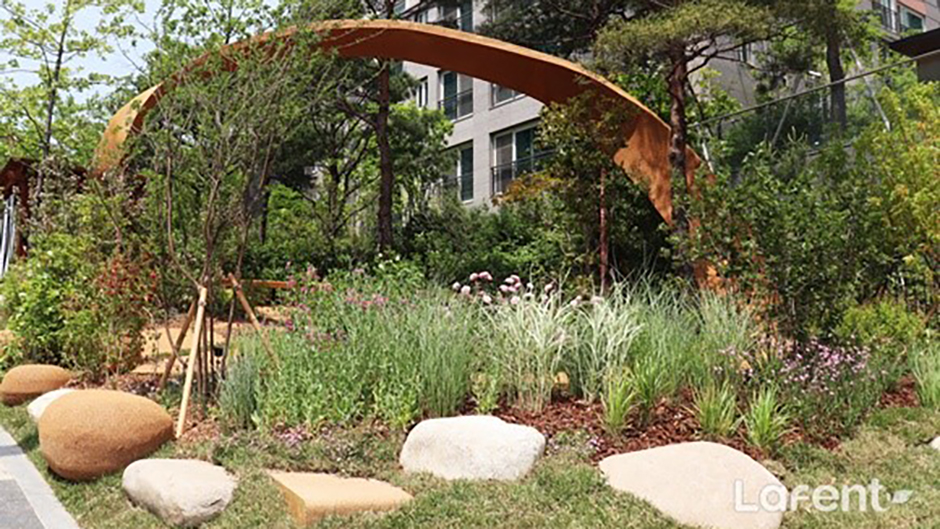 Summary: On May 16, Lafent reported that the production named “The Pink Island” by Dr Teo Hidalgo Nacher and David Vardy from Xi’an Jiaotong-Liverpool University obtained the Gold Award of Seoul International Garden Expo. 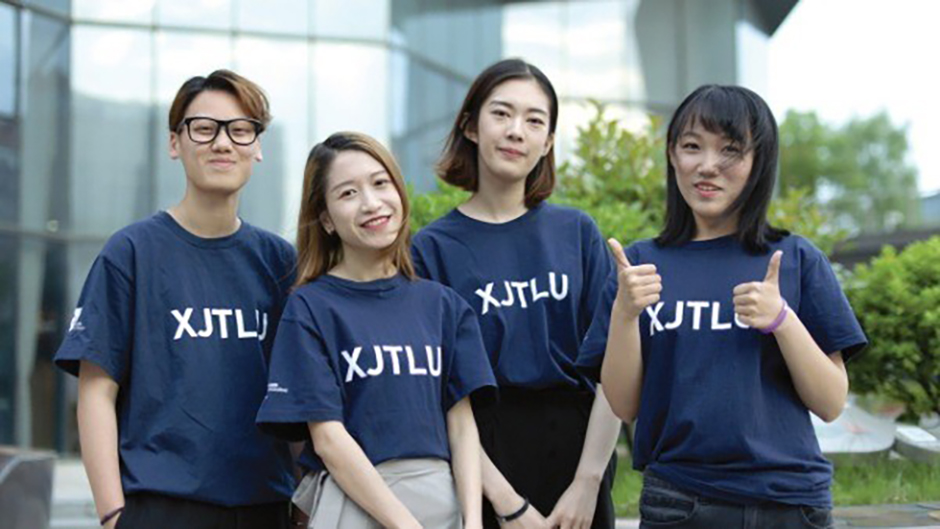 Summary: On May 20, China Daily reported that Xi’an Jiaotong-Liverpool University celebrated the 15th anniversary of its founding. 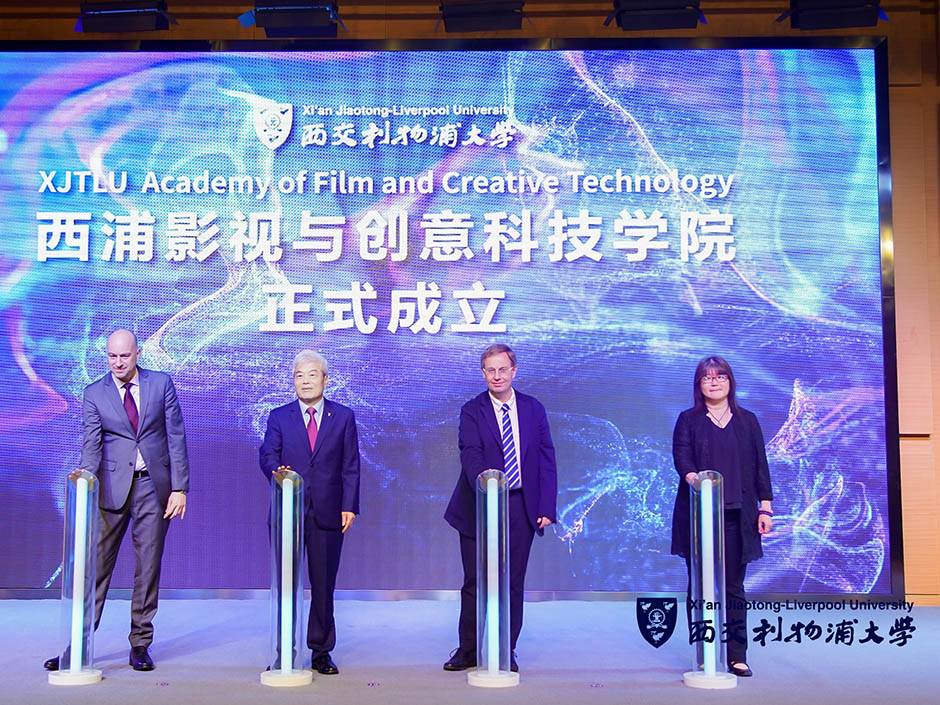 Summary: On May 26, China Daily reported that Xi’an Jiaotong-Liverpool University launched two new academies and opened its innovative lifelong-learning platform to the public to celebrate its 15th anniversary on May 22. 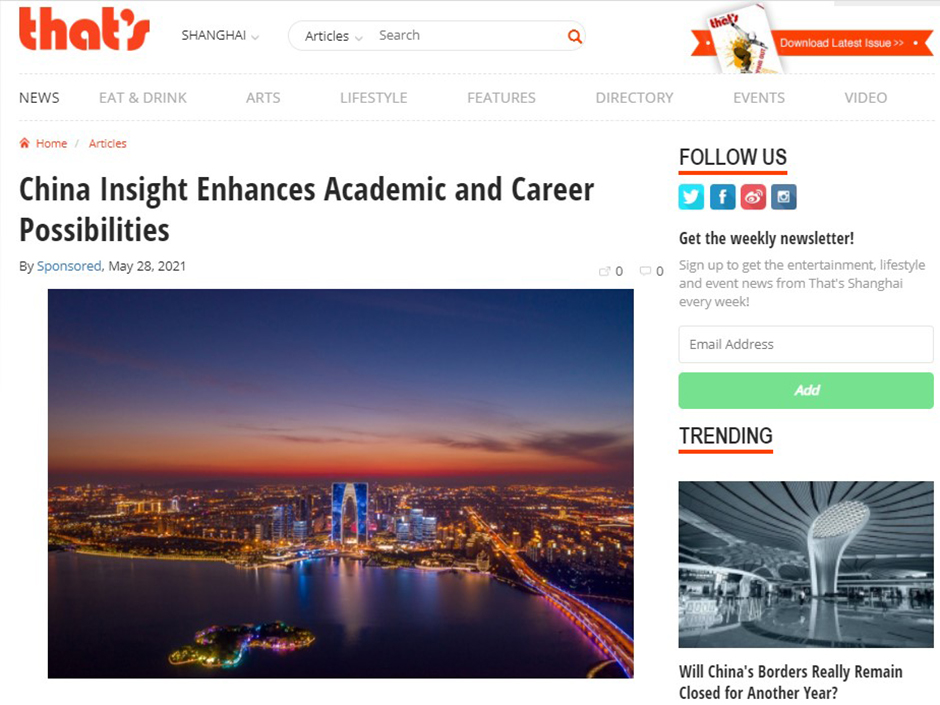 Summary: On May 28, That’s Magazine highlighted that the Diploma in China Studies at Xi’an Jiaotong-Liverpool University helps educators better understand China. It will provide online and offline education to someone who wants to join the programme in autumn 2021. 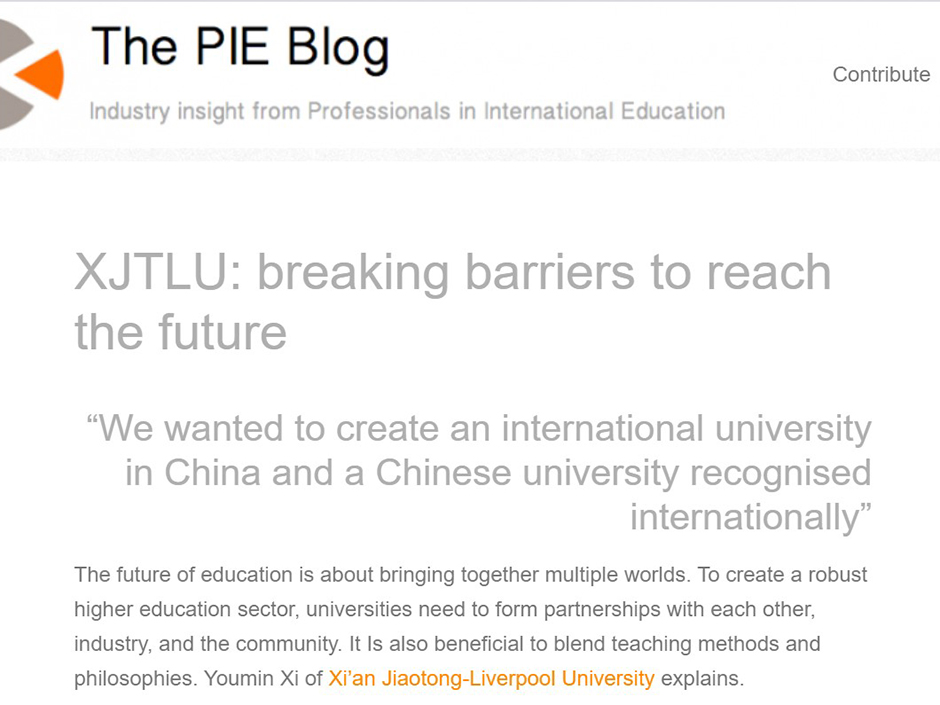 Headline: XJTLU Celebrates its Past by Embarking on the Future

Summary: On June 1, That’s Magazine highlighted XJTLU’s development and exploration. XJTLU, a partnership between the University of Liverpool in the UK and Xi’an Jiaotong University in Shaanxi province, started with one building and 164 students 15 years ago. In 2021, XJTLU has launched its new academies and opened its innovative lifelong-learning platform to the public to celebrate its 15th anniversary.

Headline: Upgrade Your Teaching with a New Master’s Degree 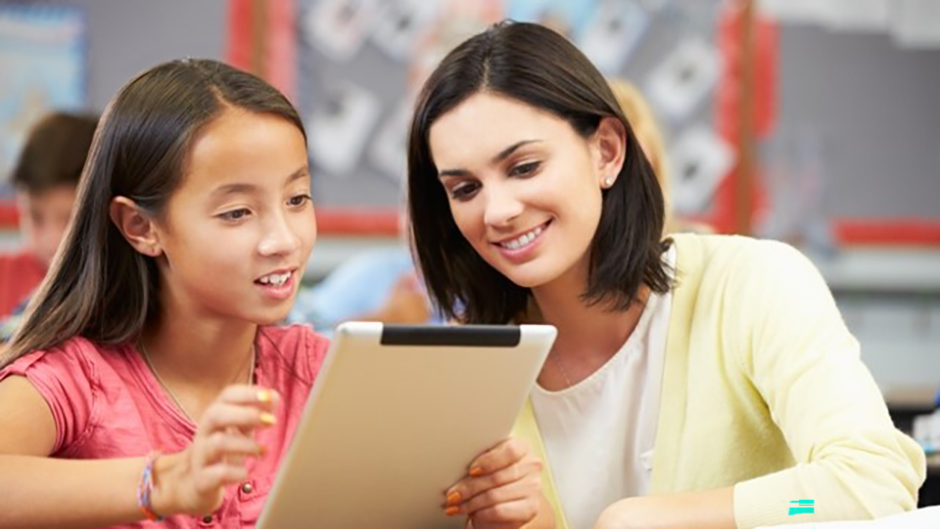 Headline: The history of Chinese animation, from groundbreaking ‘Havoc in Heaven’ to crappy-looking ‘Kung Fu Mulan’ 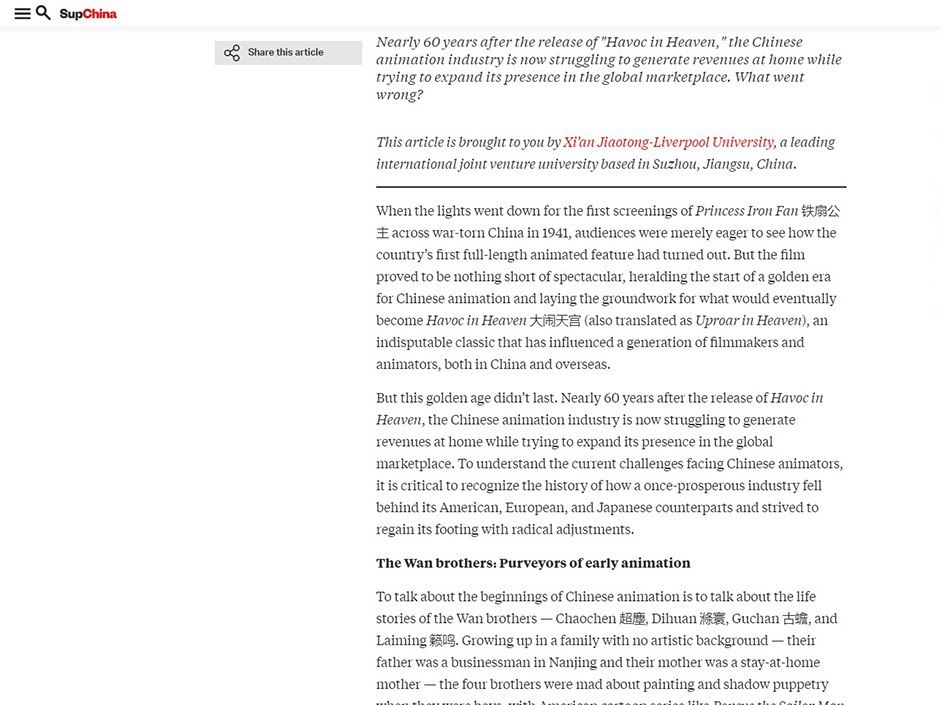 Summary: On June 2, SupChina used the comments from Zhonghao Chen, a lecturer from the Academy of Film and Creative Technology, and Dr Hui Miao from the Department of Media and Communication at XJTLU on the film named “Havoc in Heaven”. Dr Marco Pellitteri also shared his opinion on “animation outsourcing” in China.

Headline: With maturity, a new view of China 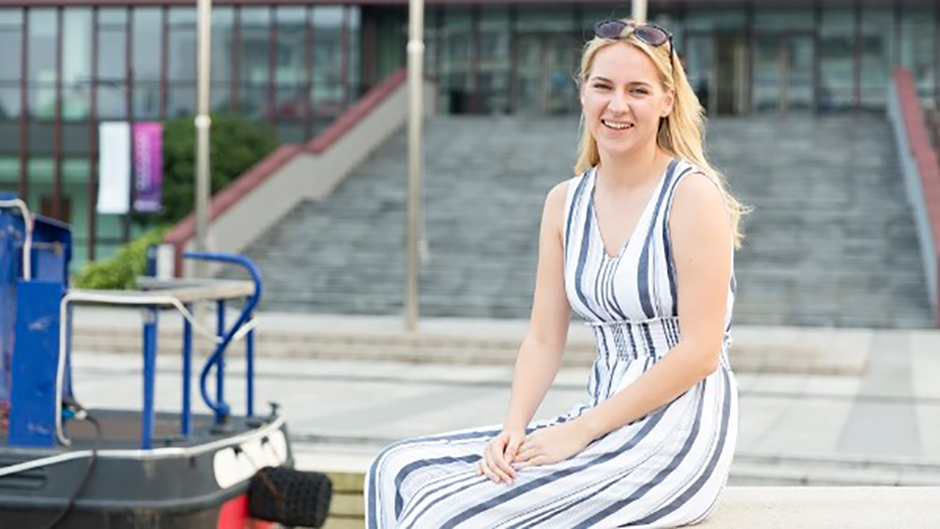 Summary: On June 10, China Daily published an article about Stella Rüggeberg, a student who did a masters degree in China Studies at Xi’an Jiaotong-Liverpool University. She shared her feeling about studying and life in Suzhou. 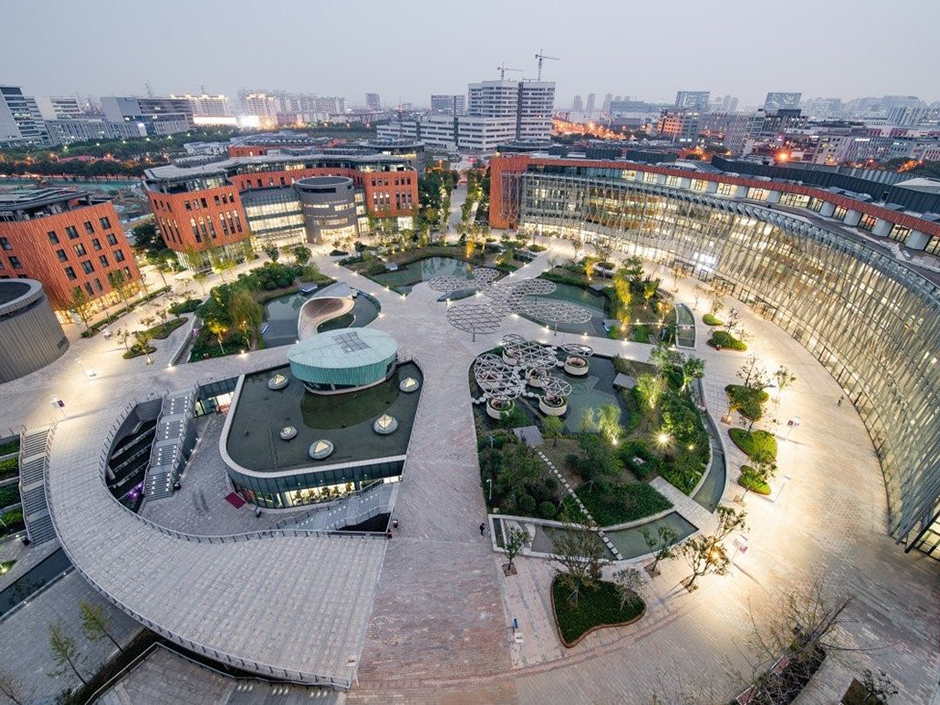 Summary: On May 21, South China Morning Post interviewed two XJTLU graduates who introduced the benefits they believe comes from studying at the University. Firstly, it’s a great opportunity to enjoy the ‘best of both worlds’; secondly, a warm and welcoming student experience; thirdly, a great foundation for the real world; and fourthly, a rewarding international academic environment. 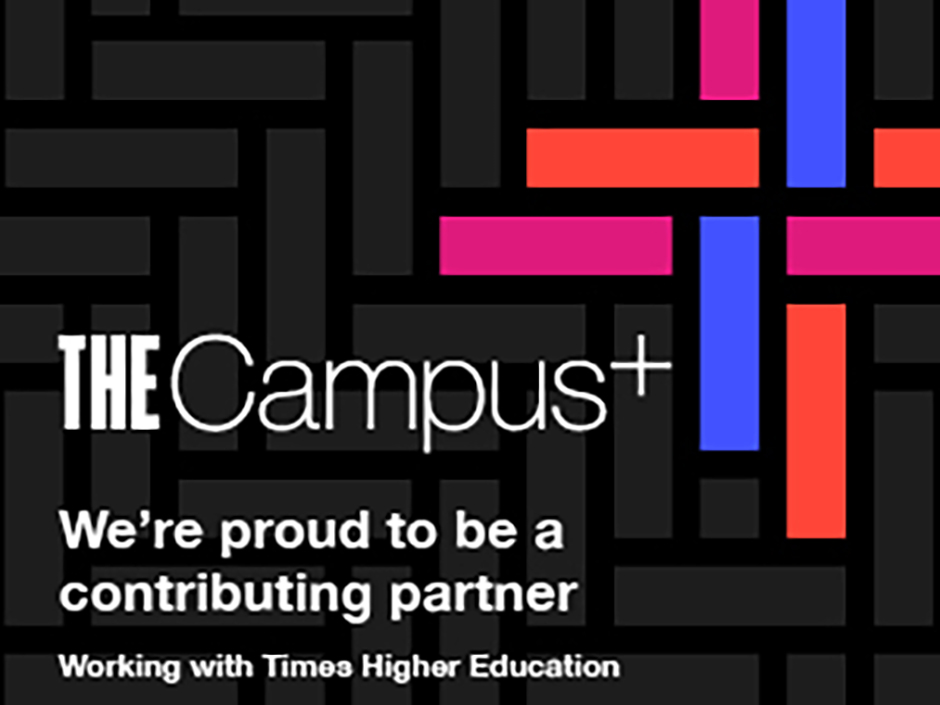 Summary: Trent Montgomery, an Educational System Engineer from the Management Information Technology and System Office, wrote an article about effective hybrid flexible teaching for Times Higher Education – Campus on June 17. In the article, he shares the key considerations for developing effective hybrid flexible teaching that will boost universities’ educational offerings in the long term.

Summary: Dr Christopher Brighton, from the Department of Educational Studies, introduced a model of global virtual exchange on Times Higher Education – Campus on June 15. He said that the model could help students enhance their intercultural communication ability.

Headline: Making the most of online educational resources: a case study

Summary: On June 8, Dr Pascal Grange, from the Department of Physics, shared a case study to explain how online educational resources can be used to complement teaching and enhance students’ opportunities for learning on Times Higher Education – Campus.

Headline: How to foster collaboration among students trained to compete

Summary: On May 27, Dr Jie Zhang, Dr Qing Ye and Steven Bateman from XJTLU, introduced how to help students finish their group tasks in an online and offline hybrid environment and ensure that team members are collaborating qualitatively on Times Higher Education – Campus.

Summary: On May 20, Times Higher Education – Campus introduced simple online teaching methods by Yanfang Si from the Language Centre, which could help students feel connected and supported and satisfied the needs of their emotion from a distance. 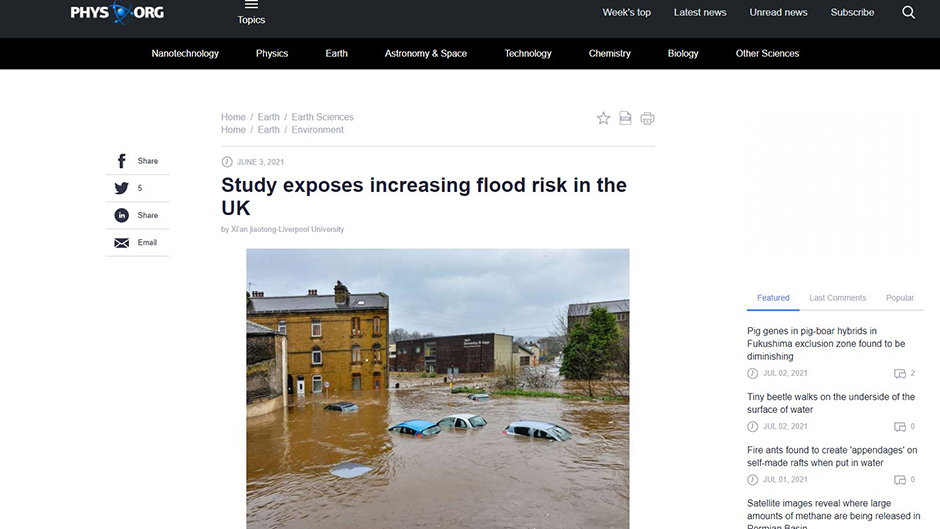 Summary: On June 3, Phys.Org highlighted a research paper, published on the Journal of Hydrology by a PhD student Mengzhu Chen and Dr Konstantinos Papadikis, Dean of Xi’an Jiaotong-Liverpool University’s Design School. The result shows flood protection measures in the UK need to be reconsidered.

This news was also reported by EurekAlert!. 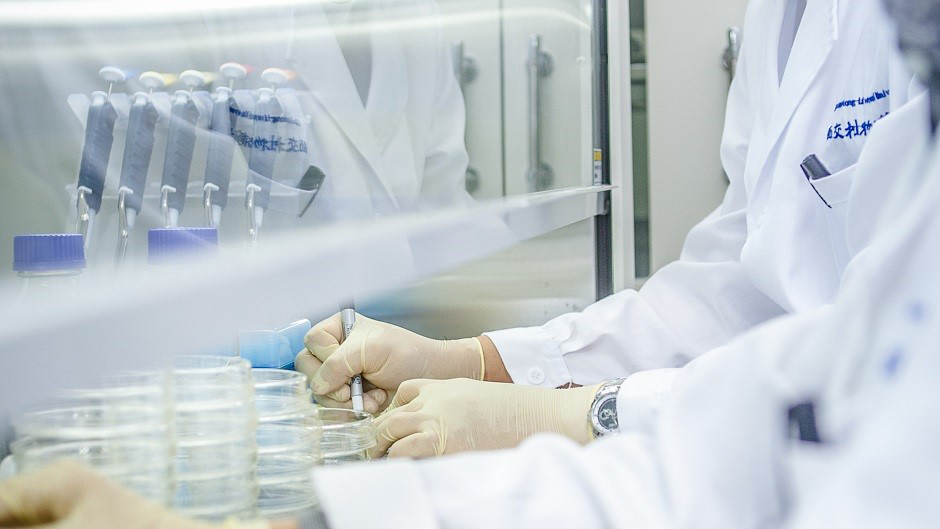 Summary: On May 6, EureAlert! reported that researchers from XJTLU have uncovered a new protein analysis tool—coined the Bacterial Growth Inhibition Screen (BGIS)—that could fast-track the process of assessing proteins. The tool allows for quick and efficient basic characterisation of protein function with no special equipment or cost involved.

The news was also reported by Phys.org. 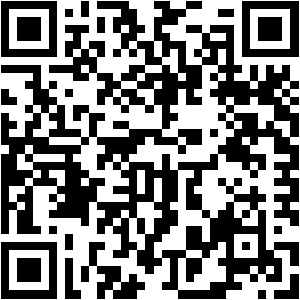