2020 has been an extraordinary year. The COVID-19 pandemic has swept the world, leaving a deep imprint in the hearts of hundreds of millions of people. By December 23rd, the total number of new cases in the world has exceeded 78 million, still without a clear sign of overall containment. What’s more, experts have stressed that it is necessary to prepare for long-term coexistence with the virus. In a time when information exchange and transportation mobility are extremely convenient and the inter-dependence between human beings reaches an unprecedented level, the spreading risks of non-traditional security threats such as major infectious diseases has also reached an unparalleled speed and scope, regardless of country, race or degree of development. This largely greatly increases the uncertainty in the world and becomes a great challenge facing mankind together. Encountering this sudden major test, in addition to fighting the virus against the clock, we also need to gather wisdom and strength from all aspects, and promote global cooperation and mutual support, so as to think quickly in the crisis, make firm progress in reflection, and grasp the future in action.

As the world enters the urban era, the higher spatial density of population and agglomeration of industry accelerates the spread of the virus. However, it is also worth noting that advanced ideas and multiple resources are also converging in cities, and more innovative strategies and solutions will be produced in cities. The importance of the city has de facto been pushed to a new high, and the sustainable development of the city is our common and urgent goal. Every major crisis in human history has constantly proved and reminded us that rapidly reducing negative impacts, active adaptation, recovery, prediction and changes are key. It requires us to act decisively at the moment, based on our imagination of the future, so as to turn a crisis into opportunities. The UN Habitat 2020-2023 Strategic Plan further emphasises the need to achieve key changes in the new context, and pave the way towards shared prosperity, better quality of life, low-carbon development and resilient development.

The University Research Centre for Urban and Environmental Studies (UES) of the Xi’an Jiaotong-Liverpool University focuses on the environmental, economic, social and health changes brought about by urbanisation, and explores a more intelligent, sustainable and high-quality development paradigm. Since February 2020, it has invited 12 international scholars, experts from international organisations and urban management practitioners in Asia, Europe and America to establish dialogues, share views and explore paths in the form of questions and answers, which have been released to the world via online platforms in both English and Chinese throughout the year. Among these 11 dialogues (in English) have been compiled , covering comprehensive topics related to healthy cities, community governance, smart development, economic recovery, urban resilience and so on. Incorporating varied fields such as the urban planning, spatial design, governance approaches and technological breakthroughs, the future development of the cities is conceived in a diversified and forward-looking manner. Facing the common destiny and challenges of mankind, and combining both international vision and local depth, this global expert dialogue series is aimed to collide with new thinking and contribute to the development of healthy, liveable and sustainable cities. 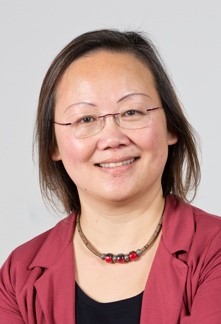 Dr Yawei Chen is an assistant professor in Urban Development Management at Department of Management in the Built Environment, Faculty of Architecture and the Built Environment, Delft University of Technology, the Netherlands. She developed her expertise in understanding the development strategies and governance innovation in cities using urban mega projects to pursue industrial transition towards a knowledge-based economy. Her studies cover urban transition strategies, land policy, financialisation, public-private collaboration, community participation and sustainability of the urban mega project in Chinese cities. She is a regular speaker on governance and planning strategies in Chinese urban transformation and is an active reviewer for more than ten key international journals related to urban studies. She has been involved in various academic research projects that examine the development of sustainable urban mega projects in European-Chinese comparison studies. 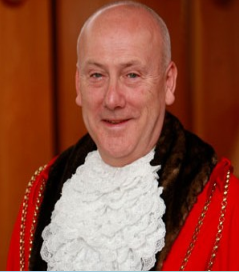 Doctor of University of Northumbria, Former Lord Mayor of Newcastle, Dr. O’Brien has retired from the City parliament in 2019. During his term of office, through the formulation of energy policy, the construction of low-carbon city and the promotion of green technology, Newcastle has become one of the most sustainable cities in Britain and even Europe, and enjoying a high reputation in Europe. His book The Future of Energy Use is now an essential bibliography for UK energy policy makers. In China, he also directed the Youth Olympic Games · Nanjing 58 km long waterfront scenic belt renovation project. 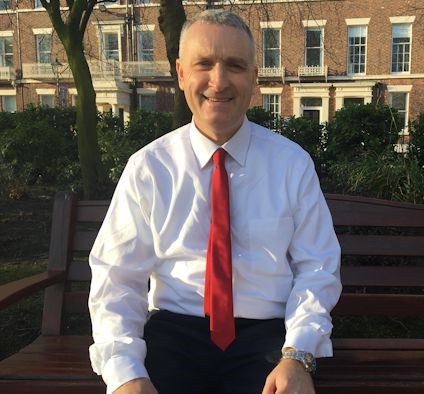 Professor Mark Boyle is the Director of the Heseltine Institute for Public Policy Practice and Place at the University of Liverpool. The Institute brings together academic expertise with policy-makers and practitioners to support the development of sustainable and inclusive cities and city regions in the process of regeneration, including Liverpool City Region.

Professor Mark Boyle is a trained human geographer, his research pivots around urban studies and urban policy. In 2017, he was ranked in the top 50 most productive scholars in Geography and Urban Studies in the world across the preceding 20 years. He is also editor in chief of the Journal Taylor and Francis Journal Space and Polity. Dr. Steffen Lehmann is an internationally recognized educator, scholar, author, urban designer, and strategic leader. He is Director of the UNLV School of Architecture and tenured full Professor of Architecture. He is also Co-Director of the interdisciplinary Urban Futures Lab, and CEO of the Future Cities Leadership Lab (see www.city-leadership.com). He was the inaugural Chair holder of the UNESCO Chair for Sustainable Urban Development for the Asia-Pacific Region, and has held senior positions in several universities across Europe, Asia and America. Before establishing his own practice Steffen Lehmann Architekten & Staedtebau GmbH in 1993 in Berlin, he worked with Pritzker-Prize winners James Stirling in London and Arata Isozaki in Tokyo. Mr Chen Qining is currently the Board Member, President of State & City Planning Consultants Pte Ltd (China). He has more than 30 years of urban and regional planning experience. He had worked in Suzhou Industrial Park Administrative Committee. During 1994 to 2004, he was involved in the planning and development of the 70sqkm SIP. Prior to that, he worked Jiangsu Province Planning Design Institute. His expertise includes strategic consulting, concept plan, master planning, detailed planning and operational planning etc.

Geoff is the Founder and Chair of the Youth Charter, a UK-based international charity and United Nations Non-Governmental Organisation that uses the ethics of sport and artistic excellence to help disaffected and disadvantaged young people and communities globally.
He was the World heavyweight karate champion between 1982 and 1986. In 1995 he was awarded an MBE by Her Majesty, Queen Elizabeth II for his services to sport. Between 2008 to 2014, he was awarded an Honorary Doctorate of Law, Honorary Fellowship, Honorary Doctorate of Education and an Honorary Doctorate of Letters from several universities.
He has worked on assignments for United Nations agencies such as UNESCO, UNICEF, ILO, WHO and the UN Office on Sport for Development and Peace as well as the FIFA, Commonwealth Secretariat and Swiss Agency for Development.
Geoff is also a Deputy Lieutenant (Queen’s representative) for Greater Manchester and has been inducted into the Martial Arts Hall of Fame. Between 2016 and 2019 he was included in the Top 100 BAME (Black and Minority Ethnic) Leaders in Business List, in association with the Sunday Times. 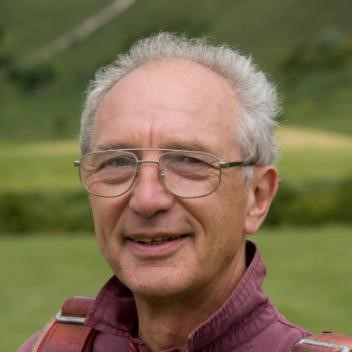 Mr.Geoffrey Payne is a housing and urban development consultant. He founded Geoffrey Payne and Associates in 1995 after many years as an academic (e.g. Oxford Brookes University) and has since undertaken research, consultancy and capacity building assignments in all regions of the world for a wide range of international development agencies (e.g. World Bank, UN-Habitat, UNDP), governments and academic institutions. He has published widely and contributed to numerous international conferences. He is currently a member of the RTPI International committee and adviser to the President of the UK Built Environment Advisory Group.

Mr. S. Ananthakrishnan has over 37 years of experience in international development work, including over 15 years of work with the UN in Nairobi Kenya (UNEP and UN Habitat) engaged in urban youth empowerment initiatives, policy and research, advocacy, program management and development and implementation of projects. Currently, engaged as the co-chair of Urban Economy Forum, looking at the ways and means to strengthen the economies of cities and towns to deliver services including in the health sector. Completed a number of assignments and initiatives for international organisations (e.g. World Bank) and national governments (e.g. Nigeria, China, Norway) on Crisis Recovery Assessment, Youth Entrepreneurship Award, Clean and Safe Energy, Urban Basic Services and so on. He is also the editor of the Chinese/English bilingual magazine UNITY (UN Initiative and Technology for the Youth). Dr Yi Zou is a Lecturer at Department of Health and Environmental Sciences, Xi'an Jiaotong-Liverpool University. He received his Ph.D. from University College London, and worked as postdoctoral researcher at Wageningen University in the Netherlands. He was awarded as the "Jiangsu Province Innovation & Entrepreneurship Talent Program" and "Outstanding Educator of Suzhou”. His research interests include landscape ecology, biodiversity, insect pollination and biological control services. He is teaching Research Design, Global Change Ecology courses. 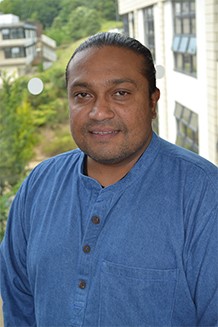 Dr Janaka Jayawickrama is an Associate Professor in Community Wellbeing in the Department of Health Sciences, University of York, UK.He is a social anthropologist, and has worked within and between academia, policy and practice in disasters, conflicts and uneven development. He has played key roles in various humanitarian responses including tsunami responses in Sri Lanka (2004), internally displaced people in Western Darfur, Sudan (2005 - 2006), Afghan refugees in Pakistan (2006), refugees in Malawi (2006), Iraqi refugees in Jordan (2007- 2008) and Syrian refugees in Northern Iraq (2017 - ongoing). Dr Janaka continues to advise the UN and International Agencies on humanitarian affairs. His pioneering work on concepts of care and wellbeing has influenced the policy and practice of the global humanitarian and development intervention discourse.