Earth is increasingly an “urbanized” planet. By drastically modifying the land surface processes that inﬂuence the surface energy balance, urbanization generates an urban heat island (UHI) effect. China has experienced rapid economic development over the past 30 years, accompanied by unprecedented growth in urban population and areas. With rapid urban growth, the UHI effect has strongly intensiﬁed. Concurrent with the urban warming in China, climate change has increased the frequency, duration, intensity, and spatial extent of extreme weather and climate events, most notably extreme heat events (EHEs). The urban agglomeration of Yangtze River Delta (YRD) is emblematic of China’s rapid urbanization during the past decades. Based on homogenized daily maximum and minimum temperature data, the contributions of urbanization to trends of summer extreme temperature indices (ETIs) in YRD are evaluated. The results show that urbanization contributes to more than one third of the increase of intensity of extreme heat events in the region, which is comparable to the contribution of greenhouse gases. Compared to rural stations, more notable shifts to the right in the probability distribution of temperature and ETIs are found in urban stations. Simulations conducted in the YRD suggest that the mean UHI intensity reaches 1.49 °C in urbanized areas during summer. Urban development increases the total thermal discomfort hours by 27% in the urban areas of YRD. Inhabitants of urban areas may experience sustained thermal discomfort both day and night during EHEs due to urbanization, which will result in large increases in the health risk of heat extremes. These ﬁndings highlight the importance of mitigating the UHI effect for climate change adaptation in cities.

Prof. Xuchao Yang is an Associate Professor in the Ocean College, Zhejiang University. He obtained his Ph.D. in Physical Geography from the Institute of Geographical Sciences and Natural Resources Research, Chinese Academy of Sciences. Prof. Yang has been a visiting scholar at Michigan State University and the Pacific Northwest National Laboratory (PNNL), USA. He has also participated in Young Scientists Summer Program (YSSP) of International Institute for Applied Systems Analysis (IIASA). Prof. Yang’s research focuses on global change and natural disaster risk management in coastal zone, and environmental health under urbanization and climate change. Prof. Yang has been involved, as principal- and co-investigator in many research projects and was principal investigator of three projects funded by National Natural Science Foundation of China (NSFC). He has authored and co-authored more than 30 peer-reviewed articles, including papers in top journals such as Environmental Science & Technology, Geophysical Research Letters, and Journal of Geophysical Research. In 2011, His paper in Journal of Geophysical Research with the title “Observed surface warming induced by urbanization in east China” was reported as “Research Highlights” in Nature and then won the WMO (World Meteorological Organization) Professor Mariolopoulos Trust Fund Award in 2012. The Award is granted in recognition of young scientists for exceptional contributions to meteorology and climatology. 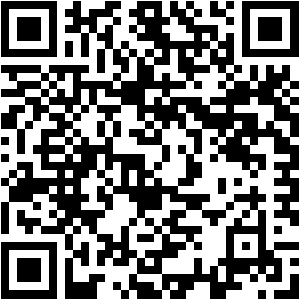