Eleanor Anne Porden: Gender, Romanticism, and the Quest for Poethood

Homepage>Events>Eleanor Anne Porden: Gender, Romanticism, and the Quest for Poethood

The poet Eleanor Anne Porden died in 1825 at the age of just twenty-nine. Obituaries and tributes followed in several prominent periodicals. Less than a week earlier, her husband, the Arctic explorer John Franklin, had sailed from England on his third polar expedition, learning of her death almost two months later. Though she is virtually unheard of now, Porden packed much into her brief life. She published a two-volume historical epic, a scientific romance, and an encomium on Arctic exploration that would lead to her marriage to Franklin. At the age of nine, she began attending arts and science lectures at the Royal Institution; from the age of thirteen, she hosted a circle of family friends in a literary salon. However, Porden’s is more than just a tragic and interesting individual life: her extensive correspondence and connections, along with her publications, furnish an almost perfect opportunity to study in detail the public and private workings of gender, knowledge, and poethood in the Romantic age. For Porden had decided to become a published poet at a moment when a highly specific, masculine, fundamentally Wordsworthian idea of poethood was being formed, percolating through the semi-public, semi-private circles in which Porden lived. Porden’s life and work show us what it meant to be a woman and a poet in a time when the very idea of separate professions and disciplines was being generated and, in the process, gendered. I will show how one woman’s quest for poethood and the wider, ‘Romantic’ processes of knowledge formation shed valuable light on each other. Adeline is currently Professor of Literature at XJTLU, an Honorary Professor at the University of Hong Kong, and a Fellow of the Royal Society of Arts. She was President of the Association for the Study of Literature and the Environment, UK and Ireland (ASLE-UKI) from 2011 to 2015. Her research expertise lies in ecocriticism, especially the relationship between climate and literature. She also has research interests in women's writing of the British Romantic age (1780-1830) and in epic poetry. Having been involved in researching climate fiction since 2009, Adeline published some of the earliest research papers on the topic. Her monograph Climate Change and the Contemporary Novel and her edited volume Climate and Literature were published by Cambridge University Press in 2019. 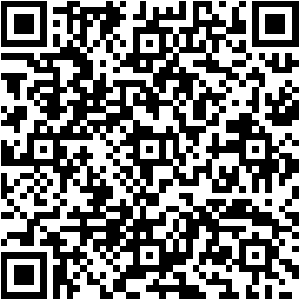