A group of undergraduate students from Xi’an Jiaotong-Liverpool University has beaten more than 10,000 teams from around the world to become one of only 19 ‘Outstanding Winners’ in an international mathematics modelling contest.

Sponsored by the Consortium for Mathematics and Its Application, the Interdisciplinary Contest in Modeling invites students and academic advisors from more than 900 institutions worldwide to clarify, analyse and propose solutions to open-ended problems.

The XJTLU team was named one of only seven ‘Outstanding Winners’ in the operations research and network science (Problem D) category.

“We chose Problem D, which was to design a model to successfully evacuate visitors in the Louvre Museum in Paris,” he said.

“To solve the problem, we not only needed knowledge of mathematical modeling – we also needed strong research skills and some understanding of the Museum’s architecture.”

Working together, the team evaluated the space of the Louvre for mathematical analysis and then applied their knowledge of graph theory and mathematical algorithms to minimise the evacuation time. The results were then optimised and perfected with the help of operations research algorithms and genetic algorithms.

Speaking about the team’s win, student Wang said the victory can be attributed to the team’s approach to understanding the big picture surrounding the problem presented.

“We decided to avoid rushing into the modelling part, instead focussing on comprehending the problem at hand and the circumstances and context around it,” he said.

“The contest is about using mathematics as a tool to solve practical problems, rather than to show off one’s own knowledge and skills.

“Sophisticated mathematical model is useless if we cannot use it to solve problems.”

Fellow student Yihua Zhang agreed, stating that instead of simply trying to come up with a solution, it was important to understand the problem, explore possible solutions, and then start the planning process.

Given the nature of the contest, which changes every year, it is hard to predict what skills will be required to solve the problems because it varies each year. Xiaotian Zhang said one of the most important skills students competing needed to possess was the ability to react and learn quickly.

“Our way of thinking is developed through classroom learning where we are often encouraged to think in creative ways to solve problems. This was a strong foundation for us, allowing us to quickly absorb new information in a short time period of time,” Yihua Zhang added. 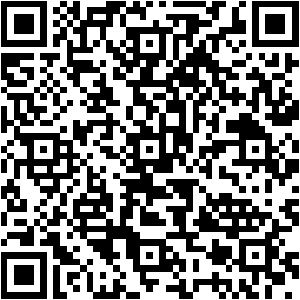