Glory in the Stars as they Brightly Shine


When I was young, I wrote a composition entitled ‘Me and My Country.’ As an adult, it changed to ‘Growing up Together with my Country.’ With the coming of the70th anniversary of the founding of the People’s Republic of China, I have been hoping to write something to express my wish for a prosperous future for my country.

1. Growing together with the nation

I was born in a small village in the northern foothills of the Qinling Mountains. I completed my elementary and middle school education in the countryside and returned there again on March 2, 1974 after graduating from high school. I was carrying a dilapidated suitcase on a rickety old bicycle to where I would spend four exciting years at a people’s commune.

The College Entrance Exams were reinstated in the fall of 1977. At that time, we were ‘battling’ in the countryside, carving out farm fields on the upper banks of the river on the foothills. I had to prepare for the college entrance exam (gaokao) after I returned from the fields at night, engrossing myself in my studies under the light of a kerosene lamp. The college that I had longed to attend had once again opened its doors, and those talented, aspiring students were crowding at the gates. It was a fiercely competitive time. As the Spring Festival of 1978 approached, I still had not received notification of my results, and began to think it was probably a lost cause. At the time I was the head of the well-digging team under the production department. One night at dusk as I was walking to the well, a person called me to tell me that a letter had arrived. I thought it had to be my college entry exam results.

I had mixed feelings upon reading the late-arriving letter. I was excited and I felt a roller coaster of emotions. My mind filled with images of my future, and I committed to take full advantage of this opportunity to change the course of my life and embark on an impactful career.

I was born a few years after the founding of the New China. I experienced three cold and hungry years during the period of the Great Leap Forward and went through political movements and the growth and transformation of the people’s communes during my youth.

Later on, as one of the first generation of college students during the Reform and Opening Up period, I saw transformation from the countryside to the city. I rode the waves of China’s reforms as a systems engineer and management researcher, marvelling at China’s worldly achievements and integrated myself into a society that was becoming more wealthy and peaceful.

This brings us to the era of ‘reshaping’ education. As an achievement in international cooperation Xi’an Jiaotong-Liverpool University (XJTLU) was founded. We are committed to the establishment of an international university in China that can achieve world recognition. We seek to make an impact on China’s education reforms and global education development through exploration and by sharing XJTLU’s platform and successful experiences, uniquely defining our value in this process. This is the cause that I have poured my life into.

I am only a few years younger than the New China, so indeed ‘growing together with my country’ seems an apt title. As I think of the two centennials, namely the centenary of the CPC and the People's Republic of China, and as I ponder whether the 21st century will see China become a full-on ‘modern country’ as people have hoped, I ask myself, what is the ‘self’? What is meant by ‘country’ and ‘world’?

2. Self, Country and World

As Confucius’ Great Learning states: ‘The ancients who wished to illustrate illustrious virtue throughout the kingdom, first ordered well their own States. Wishing to order well their States, they first regulated their families. Wishing to regulate their families, they first cultivated their persons.’ The notions of ‘self-cultivation, regulating the family, governing the country and leading the world to peace’ in Great Learning are important values that embody China’s national spirit. Their cultural essence has shone a clear path for us. They have bridged generational gaps and contributed to world peace. These values also form the basis for China’s shared community.

The virtue of ‘peace under the heaven’ originates in the notion of ‘self-cultivation.’ You can think of each individual and organisation as a star. Only if every star is shining at night can one experience their radiant beauty. Hence the title ‘Glory in the stars as they brightly shine.’

As we celebrate China’s great achievements and look to even better times in the future, we find that we are staring in the face of a great transformation, whether as individuals, organisations, countries or the world as a whole. On top of geopolitical chess games between countries and regions like China, the United States, Russia and Europe, we also face a confusing Brexit, an unpredictable China-US trade dispute, escalating frictions in the Middle East and so much more.

Disruptive technologies such as digitalisation, the internet and artificial intelligence continue to shake up norms and reshape technologies we’ve come to depend on. It would be no exaggeration to say that global politics, economy, society and technology are seeing turbulent times. In response, we will need, over the coming decades, individual minds, organisational models, social ‘formations’, cooperation between peoples, coexistence between nations, and improvements to internet and digitalisation technology.

Despite growing populism and anti-globalism, the process of digitalisation and global connectivity underpins the interconnectivity between national and individual interests as a community with a shared future. This era of interconnectivity and common growth poses a challenge to human wisdom and the ‘driving power’ of world leaders. It raises questions as to how to peacefully reshape and ‘upgrade’ a nation or a country, and how to establish rule of law in a country to allow freedom and space for innovation for individuals and organisations and in doing so, painting our picture of glorious, radiant stars.

Regarding the ‘self’ the glory can be found at two levels. First, every person must study hard, seek to continuously surpass themselves in their minds and thinking and increase their capacity for innovation. In doing so they will create value for society. This is the ‘self-cultivation’ that the ancients so revered. Second, one must help institutions, society and country develop better in the face of the world’s reshaping, making one’s country wealthier and the world a better place. This is what is meant by regulating the family, governing the country and leading the world to peace.

The realisation of the ‘two centennials goals’ and ‘a community of shared future for mankind is made up of many ‘selves.’ It is only if we become global citizens that we can truly brighten the world. For this purpose, I call on each ‘self’ to, in the face of the 70th anniversary celebrations, continue to innovate, keep up with the ties and brighten the world.

Education is an important ‘grip’ in making the world a better place. It does so through cultivating multiple generations of talent, through gaining new knowledge for humankind, through serving society and instigating progress, and through improving civilisation through the dissemination of culture.

As a university with a mission to impact the world, we hold this as our unshakeable responsibility. As technology drives new study habits and even creates new concepts of the university, XJTLU strives to boldly innovate and explore, reshape education and play the role of global citizen. In doing so, we seek to integrate Eastern and Western cultures, as well as knowledge and best practices in cultivating global citizens with cross-cultural leadership skills, entrepreneurial spirit and international perspective.

Each member of XJTLU’s community makes XJTLU shine brighter. Through our efforts, we can brighten more people, institutions, our university, our country and the world.

3. Stars and their galaxies

As a component of their galaxies, each star’s radiance relates to its surroundings as the latter affects its orbit and status. Likewise, global warming affects all as pollution clouds our future. How to run a country amid transitions and a shifting global landscape? How to react with other countries amid challenges? These questions have bearing on each individual’s contribution and development, and present a challenge in the new era.

Amid a shifting global landscape, China may face a series of challenges such as slowing economy, looming social conflicts, obstacles to innovations or reforms posed by obsolete institutional and administration mechanisms, unprecedented governance issues in the internet era, and a widening gap between the rich and poor due to artificial intelligence and other advanced technologies. As the country seeks to address the above challenges, each individual’s innovation, creativity and wisdom counts. A star to its galaxy is what an individual is to his or her nation. Unresolved political, social, environmental or governance issues will dim each individual’s light and thereby cloud their future.

As conscientious scholars, dedicated teachers and insightful re-shapers, we need to remind the public of our responsibilities as individuals, even on such a joyful occasion. As we approach a new crossroads, we need to reflect upon our past, focus on the present, deliberate on the future and act with wisdom. Only high quality development can resolve issues on the way. Challenges can be addressed by strategic planning that removes institutional obstacles and creates innovations that bring rejuvenation to society. The new social landscape needs to involve the general public so that the ecosystem is fit for individual, organisational and social development.

A nation cannot thrive without a stable and peaceful world. Partnership, ‘win-win’, peaceful coexistence and other fundamental principles are now seen as obsolete, posing risks to the global landscape. Each country faces pressing questions of how to avoid war, achieve consensus and maintain peaceful coexistence.

China has forged its unique path of socialism after 70 years’ exploration and endeavour. It has been the builder of world peace, a contributor to global development, and upholder of international order. As it initiated Five Principles of Peaceful Coexistence, maintained world peace, fostered the development of ‘a community of shared future for mankind’, its ideals are being widely accepted by global community. We hope China will further its efforts toward opening up and peaceful development attracting more partners through bilateralism and win-win principles, with the conviction that: ‘The light of peace, development and progress will be powerful enough to dispel the clouds of war, poverty and backwardness.’

Without a peaceful, friendly, and prosperous environment of mutual-respect, individuals won’t fare well. Each individual is accountable for the challenges, difficulties and crises facing the world and his or her country. Just as the famous quote goes: ‘Each snowflake in an avalanche pleads not guilty,’ a state won’t do well without the efforts of its citizens.

On top of our marvellous achievements, I would like you to dream big and make this world a better place in your own way. We may not be able to change our surroundings overnight, but we can do so through persistent and step-by-step self-improvements. Let us be providers of solutions and not complainers. Tiny steps of progress will build up and eventually turn us into gamechangers.

The reason I have chosen to work with XJTLU is to contribute to China’s higher education reform and the world’s future development by grooming well-educated global citizens, which I believe, is also the shared ambition of the faculty. 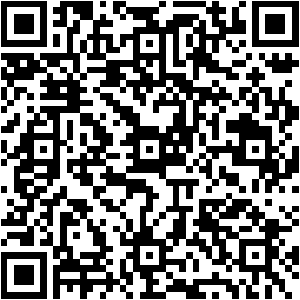