More than politics: pursuing an international relations degree in China

Homepage>News>More than politics: pursuing an international relations degree in China

With climate change, financial crises, the pandemic and the world becoming increasingly complicated, perhaps a degree in International Relations can help us confront the complexities of the 21st century.

Two students enrolled in the MA International Relations programme at Xi’an Jiaotong-Liverpool University (XJTLU) say it has broadened their horizons and helped them understand globalisation and all that comes with it.

The Best of Both Worlds

Mika Peltonen, from Finland, has lived in China for more than 10 years. Peltonen has served in several managerial positions, including general manager. Most notably, he has worked in the manufacturing industry and he cites these experiences as the inspiration behind his decision to return to life on campus. Mika Peltonen and his family

“When implementing business strategies, managers need to consider global issues and the uncertainties they bring about,” Peltonen says. “Without knowledge of international relations, it’s difficult to understand what is happening and to forecast what will happen in the future.”

Peltonen says he chose to study at XJTLU because it’s so unique. Founded by two parent institutions from different countries, the University of Liverpool and Xi’an Jiaotong University, XJTLU combines the best of both worlds.

“The discipline of international relations evolved in Europe, and the University of Liverpool has a strong foundation in this field,” he says. “Now, different parts of the world are integrating, with China being one of the most important. There’s something we can all learn from the Chinese perspective.

“Studying at XJTLU, you have a great background from the University of Liverpool, and you have extra learning opportunities by choosing modules from the Department of China Studies. The opportunity to learn is so rich,” he adds.

Tianhui Xie, a Year One student, also says that the MA International Relations has broadened her horizons. With its examination of the global relations between different countries, the programme helps her better understand global challenges.

“I didn’t think much about climate change, security, refugees or global affairs before, but now I have a deeper understanding of world issues. It has inspired me to be active and work towards making a positive impact,” she says.

“Before, I tended to see the world in black and white and through a national frame, but now I view things in a broader perspective. Every coin has two sides, especially when it comes to global issues.”

Having graduated from a state university in Beijing, Xie says pursuing a masters degree at XJTLU is quite different from her previous learning experience.

“I have to do a lot of reading and research, both before and after the class, so that I can discuss and debate with my classmates. It forces me to step out of my comfort zone,” she says.

Above all, Xie says, the best things about XJTLU are the opportunities and resources. “As a Sino-foreign cooperative university, XJTLU provides students with opportunities both in China and from overseas,” she says. “The University is located in Suzhou Industrial Park, where there are many high-tech companies. Students have more access to networking, internships and full-time jobs.”

Before enrolling at XJTLU, Xie turned down offers from four UK universities because of the pandemic. “I don’t regret my choice because both the programme and the academic atmosphere at XJTLU are exactly what I wanted.” 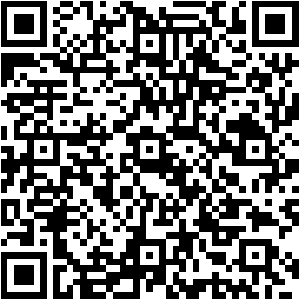 23 December 2021
Dreams deferred, but not defeated

4 November 2021
Starting Over at 31: An Unconventional Journey to a BSc