Don't Be a Dirty Player

Li's inspiration came from oil rigs that look like the knight piece in chess. In the poster, factories, chimneys, and oil barrels take the form of neatly arranged pieces on a chessboard, and the smoke they give off represents a great amount of pollution caused by a combination of traditional global energy sources. The game’s other player – nature – as represented by a green plant, has only one piece left before the game even starts. The poster represents the striking contrast in the level of power between traditional energy sources and nature. It therefore calls on society and enterprises to improve the energy mix by using affordable, clean energy sources. Don't Be a Dirty Player

Li's target audience is environmentalists all over the world.

"Short-sighted people care only about short-term gains without ever thinking about sustainability,” Li says. “In some countries, environmental issues have even turned into weapons that politicians use to attack their opponents."

Li notes he doesn't want his work to moralize, but prefers it to be a witty and humorous symbolization. The smoke effect made by software

"The 'Dirty Player' in the title comes from a childhood animation named RoboWarriors,” Li explains. “The 'Dirty Player' here connotes both the dirty tricks played in a fair game and the pollution caused by traditional energy sources."

For Li, the most challenging part of the work was the simulation of the smoke, which took him almost half the time he spent on the project. Despite the difficulties, Li tried to create what he envisioned. He says that visualizing the scene and narrative is his favourite part of design. Tears of the West Lake

The team members, Liu Yuyi, Guo Yuran, Shao Yunyuan, Wang Xin and Zhang Ke, are all students in the Digital Media Arts BA programme. This work was created in Year Three of the students’ programme and had previously won the Best Team Cultural Innovation Design Award at the second Digital Media Art Exhibition held by XJTLU's School of Film and TV Arts on 16 December 2021.

Tears of the West Lake is an interactive projection art project which creates an immersive experience with a traditional Chinese style. The project retells Chinese folklore via new media arts and conveys emotions with the help of 2D and 3D technologies, special effects and music. The project enables people to relive tradition while experiencing modern technologies and helps people explore the possibilities of the themes culture and the future. Tears of the West Lake

Tears of the West Lake retells the story of Lady White Snake reminiscing under the Leifeng Tower in the wind and rain at night.

"With scene-building design and cutting-edge media technologies that help create an immersive experience, we want to show people the charm of traditional Chinese folklore by making them feel right in the story, and we also hope the work can inspire thoughts about romantic love and humanity," says the team leader, Yuran Guo.

It's worth noting that the music for the interactions, as well as the background music of the story, were written, performed and recorded by Guo, who started playing the piano at an early age and has continued with music as a hobby.

"After we finished making the storyboard, I improvised based on the emotions and vibes the story conveys," says Guo. The team of  Tears of the West Lake, Guo is on the right

The project involves two innovative designs. The first is a human figure that appears at the start of the show, which the team created by replacing ordinary animation with chroma keying. (One example of chroma keying is the green screen technique used for replacing backgrounds in films.) With the help of the green screen provided by the studio in the school building, the team members danced, filmed the performance, and integrated the special effects with projection art. Team member Ke Zhang served as the choreographer. The other innovative design enables the audience to interact with the story through linking their mobile phones with the projection's interaction device. Audience members are able to virtually pluck strings on their phones when the interaction device prompt them, reproducing the ripples shown on the projection screen with music to reawaken Lady White Snake's memories. "With the project, we hope to link traditional cultures innovatively with new media arts and technology to explore the possibilities related to culture in the future. We also hope the project can draw more attention to emotions, humanity, cultures, and the world," Guo says. 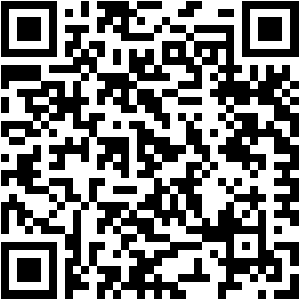