The work was part of an intensive workshop organised and led by Pierre Alain Croset (pictured below), Head of the Department of Architecture at XJTLU, which aimed to develop ideas for the continued urban regeneration of the Shantang River area of Suzhou. “Suzhou’s conservation guidelines are very rigid,” said Pierre. “The problem with them is that they encourage imitation of the architectural styles in the conservation areas. We would prefer to integrate modern architecture while respecting some values of the past.”

The workshop began with an all-day tour of the Shantang River conservation area and important tourist destinations Tiger Hill and Yuhan Hall, followed by a lecture on urban conservation guidelines in Suzhou, given by Lei Sun, a former PhD student at XJTLU who has been recently appointed at the Planning Bureau of Suzhou. 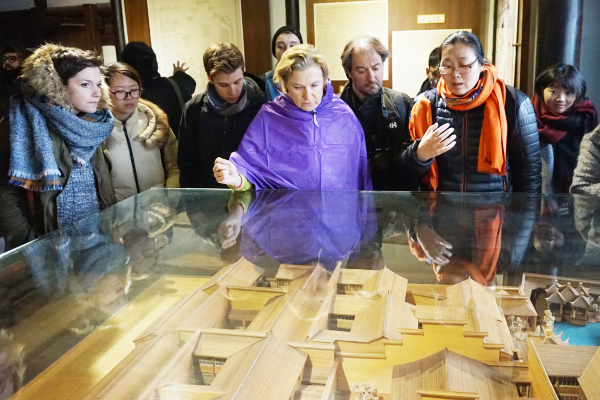 Participants were encouraged to contribute to the development of a critical dialogue with the Planning Bureau of the Central District of Suzhou and to consider the relationships between tourism, heritage and urban regeneration.

Pierre explained: “We in the Department are having an open discussion with the Planning Bureau and they are interested in being more innovative. The importance of heritage is recognized mainly for promoting tourism, but such an historical image of the city can be a falsification, a mythical invention.”

Following the initial site visits, the participants were organised into teams of seven or eight students each led by an architect and working together to brainstorm and develop unique visions for the Shantang site. 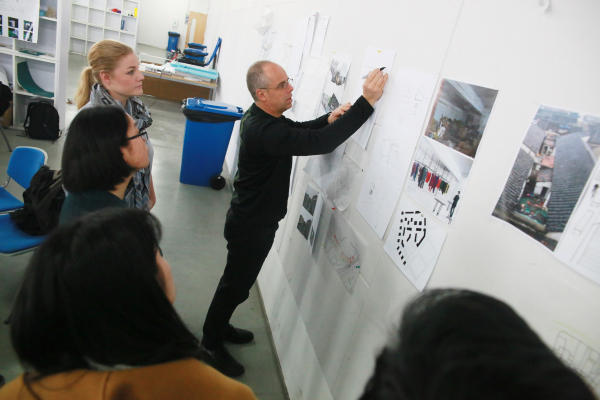 The teams produced plans and final models of their ideas, which are now on display at an exhibition at the ground floor of EB Building (pictured below).

Irmgard Frank of the Technical University of Graz, Austria, led her team to develop plans for transforming traditional courtyard houses into hotels and guesthouses. She was assisted, as were each of the teams, by XJTLU third year BEng Architecture students who acted as ‘local guides’ for the non-Chinese speaking teachers and students, introducing them to the specificities of Chinese culture.

“Courtyard houses are interesting in general. You find them all over the world. They allow you to have privacy on one side and you can decide how open or closed it is to the public, which allows them to be converted into hotels.” 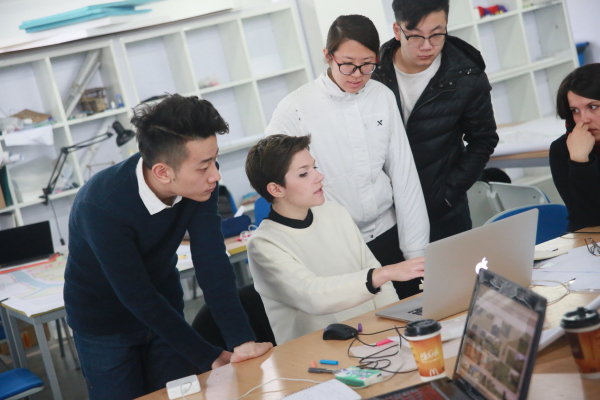 Irmgard’s team’s work was part of a strategy of architectural ‘acupuncture’, where innovative designs are introduced in specific selected areas with the expectation that they will influence their surroundings.

“For us it’s important to look at the whole site, so that it doesn’t only become a tourist area – then it’s dead, it’s Disneyland. Poor people should also be able to stay there and not be pushed out,” she said. Other teams, such as that led by José Hidalgo Arellano presently a visiting scholar at XJTLU, worked on establishing connections between conservation areas and the surrounding urban environment.

“Suzhou is famous for its gardens,” said José, “but those gardens are private and you must pay for a ticket to enter. The suggestion of the Chinese students we’re working with is to change this and use the smaller gardens as public spaces to define the character of the areas they are situated in.” 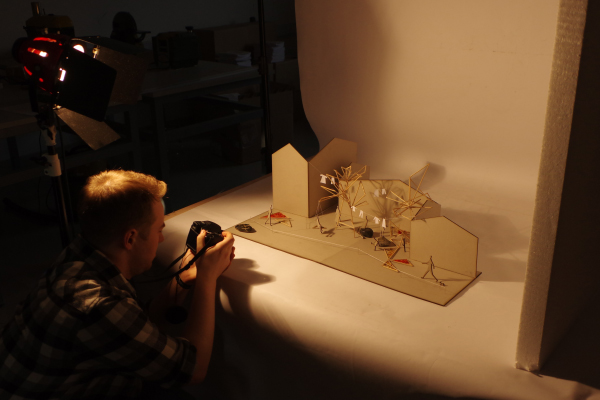 Chinese students such as Bowei Liu from the XJTLU Department of Architecture gained a lot from their interactions with the European architects.

He explained: “Throughout the workshop we communicated with students and professors from different countries, and they brought us some cutting-edge thinking.

“We’ve learned more about western public space design so that we can combine their methods and experience with China’s situation to create a new historic-style area which is in line with modern Chinese society.”

The tutors who participated in the workshop include: 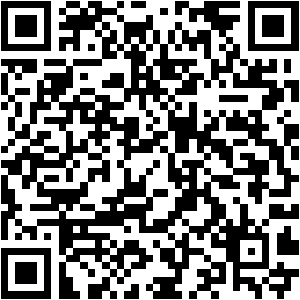