A team of students from Xi’an Jiaotong-Liverpool University won third prize in the China-US Young Maker Competition Suzhou Division, qualifying them for the upcoming finals in August.

Xiangsong Yang, a student from the Department of Industrial Design, said that their team had been devoted to exploring smart textiles, and devised a project entitled, ‘Designing Personalised Movement-based Representations to Support Yoga’. 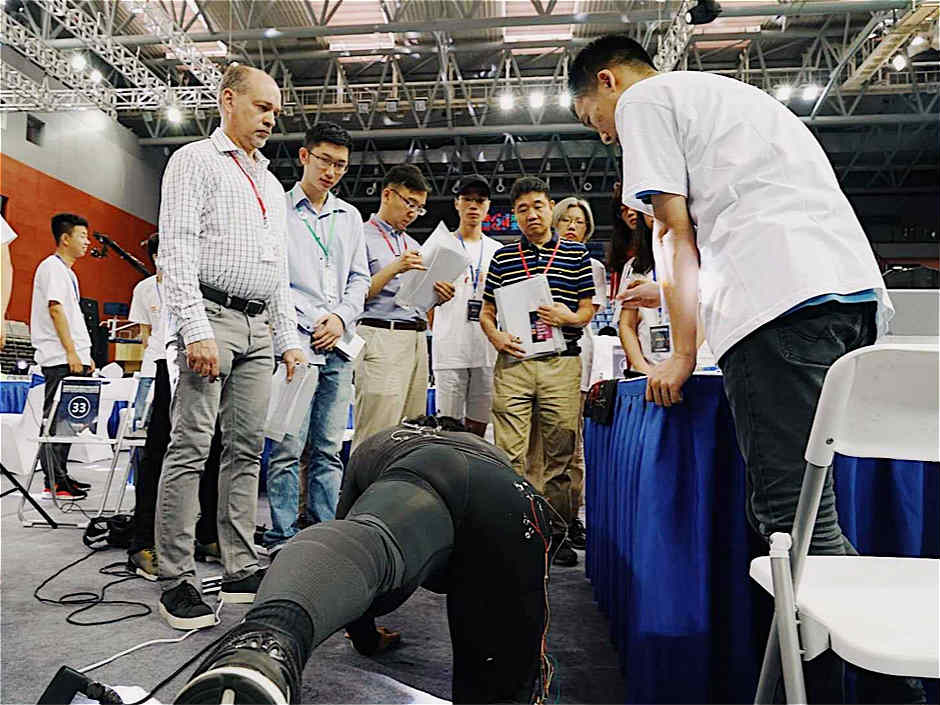 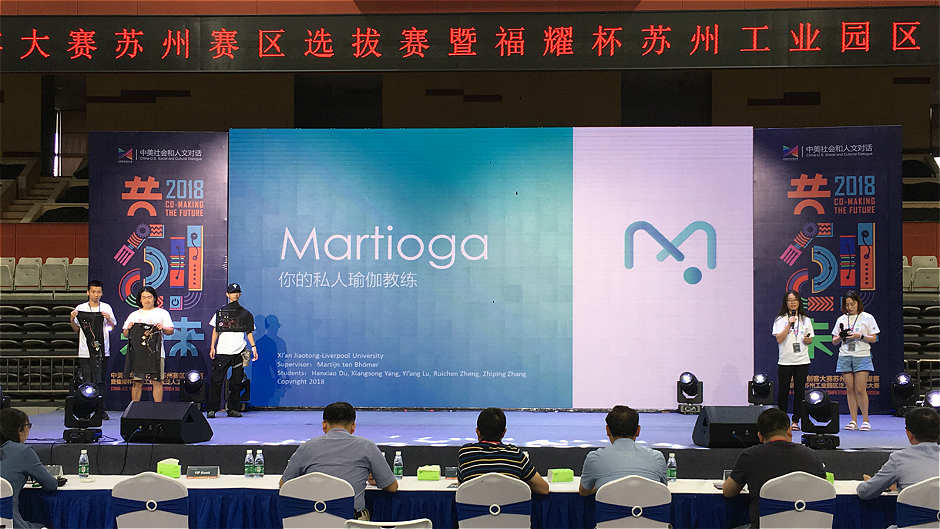 Wearing the garment they designed, which is equipped with internal sensors, a yoga practitioner’s muscle condition can be detected and personalised feedback provided.

”Yoga is an elegant discipline but can be difficult to learn,” he said. “You have to move your body in certain ways to make poses, and it can put strain on your muscles. If people try to learn yoga without the guidance of a teacher they could get injured. This garment can help and guide you, and the technology gives you a greater awareness about your body.” 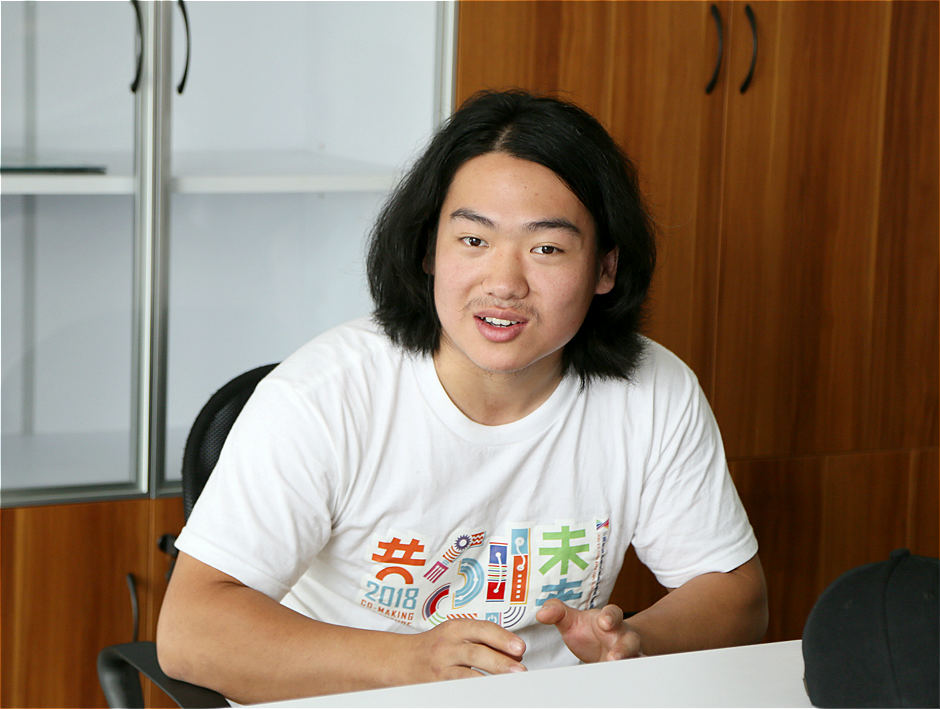 When asked about the team’s inspiration for the project, Xiangsong (pictured above) said:

“Due to the fast-pace of urban life, yoga is gaining popularity among office workers as a way of relaxing and exercising. However, without the correct guidance, learners can easily get injured. With our garment, beginners can enjoy yoga during their free time, and do so safely and correctly.”

Another team member, Ruichen Zhang, a student from the Department of Computer Science and Software Engineering, was responsible for the programming side of the project.

He said that by taking part in the competition he learned to think from the consumer’s point of view:

“I feel like, at first, I was just programming something because I knew how to programme it,” he said. “My teammates taught me to think more about the users and the customers.” 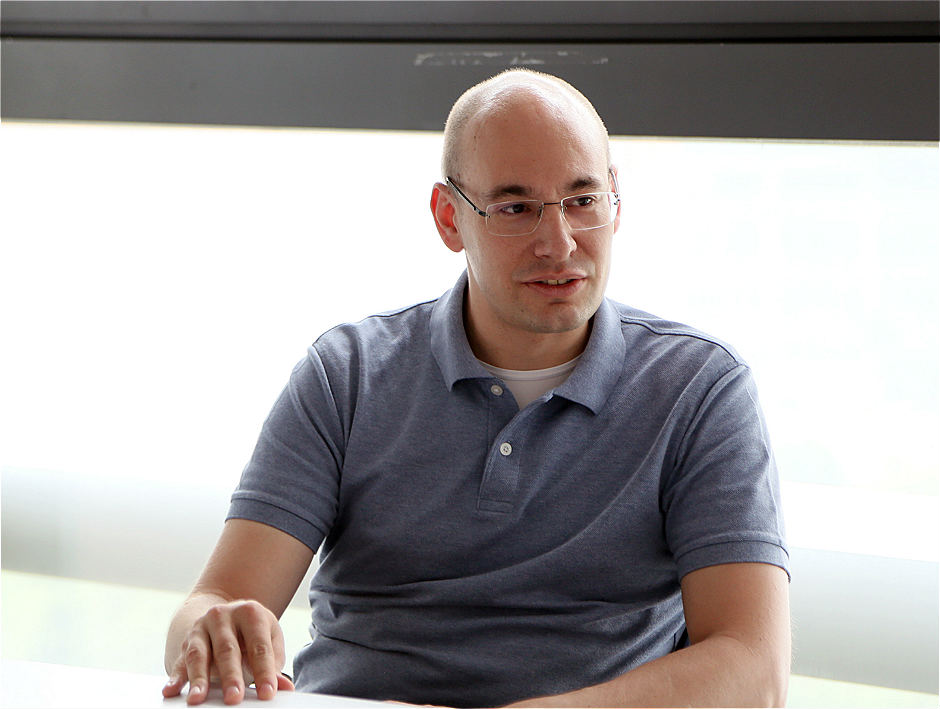 Xiangsong Yang said: “From studying industrial design I’ve learned that you have to first look at human beings rather than technology itself.

“For example,” he continued, “the fingerprint unlock function on your phone. Actually, this technology has existed since the early 21st century, but why has it only become widespread recently? It was Apple that first thought to apply it to phones – because they’re focused on user experience.

“I think what we see in the technology field, in general, is that design plays an important role, because products have to match people’s lives and needs. You can’t just bring technology into people’s lives without understanding people and what provides value to them,” he said.

Hanxiao Du also presented their project at Designing Interactive Systems 2018 which took place at The School of Design of Hong Kong Polytechnic University. 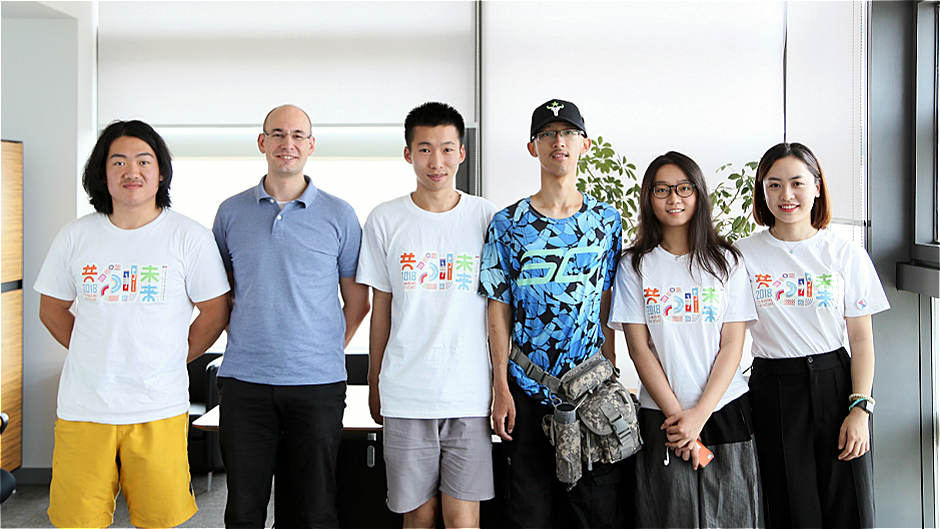 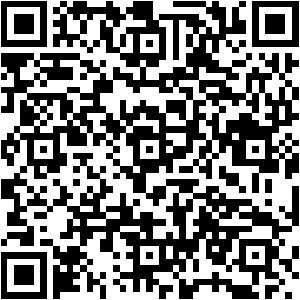