In 2018 a record-number of Chinese fans tuned into the FIFA World Cup in Russia despite of the poor performance of the men’s national team, which are currently ranked 77th in the world. Looking forward, 2019 promises to be another big year for football in China as the women’s team, who have enjoyed significantly more success on the international stage than their male counterparts, prepare for the FIFA World Cup in France this summer.

While football in China may be most infamously known internationally for the increasingly disappointing performances of the men’s team and the exorbitantly high salaries Chinese clubs pay to recruit players from the best leagues in the world, the sport also offers an interesting insight into China more broadly.

As the country ramps up its campaign to secure the hosting gig for a World Cup within the next two decades, examining the economic element of the sport in China offers a useful lens to understand the broader state of play in the nation’s economy.

The unprecedented deals with which Chinese football clubs have enrolled some of the best football players in the world frequently attract attention internationally. Shanghai Shenhua secured Argentinian Carlos Tevez, for example, by offering him an annual income of US$41 million – the equivalent of US$4,745 per hour – the highest salary a football player has ever received.

This begs the obvious question – who funds these skyrocketing salaries? How are Chinese football clubs able to pay the best salaries in the world?

Looking back on the vast economic growth in China in recent decades offers some answers. The restructuring of the Chinese Football Association Super League (CSL) and recapitalisation of Chinese football clubs was part of a large-scale process of accelerated urbanisation of the Chinese economy.

By the late 1990s, real estate and infrastructure development had become the main drivers of economic growth, and the central government of China started a watershed reform to the state-owned enterprises (SOEs). The state sector maintained its central role in the emerging urban economy by creating ‘groups’, a new institutional collection of subsidised SOEs that maintained privileged access to credit and controlled profitable sectors of the urban economies, such as real estate, logistics and trade.

In many cases, the main stakeholders of Chinese football clubs are from these privileged ‘groups’. Take for example, the case of Guangzhou Evergrande-Taobao Football Club, champions of the CSL for seven consecutive years and the first Chinese team to ever attend a FIFA Club World Cup in 2013 and 2015. In the context of the transforming urban economy of Guangzhou city in Southern China, Evergrande Group emerged as a local giant of real estate and fixed assets. Just as the city established itself as one of the most prosperous regions in the country, its football team led the charge on the playing field.

Another example of how SOEs and the state shaped the destiny of football in China was Dalian Shide, an eight-time champion team in the CSL during the late 1990s and early 2000s, from the Liaoning Province. Now extinct, this team achieved glory under the investments of Shide Group, a conglomerate in logistics and sales that was supported by Dalian city government throughout the late 1990s. But when the Shide Group empire faced a number of challenges earlier this decade, it in turn caused the decline of one of the most important teams in Chinese football history.

Football is intrinsically tied to China’s economy – the rise and fall of football teams can be linked directly to the businesses that support them. The current transformation of the Chinese urban economy from capital investments into creative industries and services will no doubt bring more financial opportunities for football in China to expand as both a sport and as a business.

These new financial prospects – paired with the Chinese Communist Party leadership’s almost obsessive-like support for the sport – could very well see the rise of a successful national men’s team by the time China’s ambitions to host a World Cup become a reality.

For now though – as China’s attention turns to preparations for the 2019 FIFA Women’s World Cup – it will also be interesting to watch the performance of the women’s national team, who have arguably risen to success despite the lack of economic support their male equivalents receive. Currently placed 15th in the world, the women’s team will face an uphill battle in France this year following the announcement of a tough draw last month, which means the team will face off with some of the world’s best, including Germany.

Against the backdrop of a trade war and China’s continued diversification of its urban economy, the women’s team’s road to the FIFA Women’s World Cup – and whether the economy it exists in actually helps or hinders its efforts – will make 2019 another exciting year for football fans in China and around the world.

Dr Miguel Hidalgo Martinez is an academic in the Department of China Studies at Xi’an Jiaotong-Liverpool University. His research focusses on the urban and political economies of contemporary China. 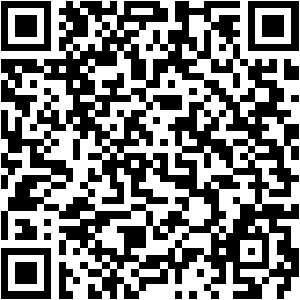