Points of No Return: Why the world of tomorrow is as uncertain as ever

At the start of his public lecture at Xi’an Jiaotong-Liverpool University, United States-China business specialist, Dr Robert Kapp described the ‘point of no return’ during the flight of an aircraft as the moment beyond which its remaining fuel is insufficient for a return back to the starting point.

As an analogy applicable to current international events including Brexit in the UK and the trade dispute between China and the US, Dr Kapp suggested the world is currently facing many potential points of no return.

“There is a feeling that in many different dimensions the world is at a delicate point where if things go further in the same direction it will not be possible to go back to how they were before,” Dr Kapp said.

The lecture, organised by XJTLU’s Department of International Relations, provided insightful perspective by a man who helped the US’s Clinton administration understand the value of bringing China into the World Trade Organisation (WTO), in 1999.

Dr Kapp served as president of the US-China Business Council during a critical period in the 1990s, shortly after Chinese leader Deng Xiaoping’s famous southern tour of China that re-energised economic reform across the country.

The council, which had been established within a year of US President Nixon’s historic visit to China in 1972, became the principal organisation for large companies across America which were involved with or seeking opportunities to work with China.

Once the US and China agreed on terms, Dr Kapp explained that US law was changed to enable the US to treat China as a full WTO member – establishing what is known as ‘permanent normal trade relations’ between the two nations.

“This means we give you the same low tariffs that we give to the country that gets the lowest tariffs from us,” Dr Kapp said.

Fast forward 20 years and the situation is now bleak, according to Dr Kapp. What started as US policy aimed at encouraging consumers to buy more American products under the Trump administration has now escalated into a trade war between China and the US, with the world’s two largest economies imposing tariffs on billions of dollars’ worth of each other’s products.

Dr Kapp admitted there are no quick fixes to the current situation, adding that even a change of administration in the US wouldn’t necessarily remedy the trade dispute.

“Things are very difficult and they could go really badly,” he said.

“To the extent that we can, all of us need to work to sustain a respectful relationship between two very different countries whose traditions do not completely match and whose ability to misunderstand each other is very high.

“If I were an undergraduate student in today’s global context, I would be trying to prepare myself for a world of uncertainty in which adaptability and flexibility are as important as mastery of one single concentrated line of study or thinking.”

The public lecture Points of No Return: Broodings About Our Shared and Unshared Futures, attracted a large crowd to the XJTLU Museum on Monday, September 16. 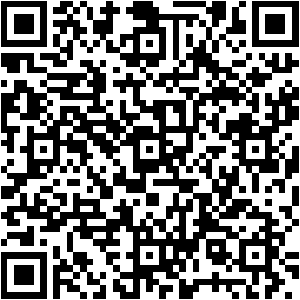