Connecting Confucius from generation to generation

For many people in the West, Confucius is often associated with the bite-sized mystical messages of wisdom found in fortune cookies.

The reality is that the philosophy of Confucianism and its emphasis on social relationships and morality, has governed the Chinese character for centuries. Its huge impact is as evident across the span of China’s history as it is frequently misunderstood in the West.

So what is and what does a critical, progressive, evolutionary prospective Confucianism have to offer a changing world cultural order? How is Confucianism relevant in today’s world?

This was the key question that Canadian born philosopher and Humanities Chair Professor at Peking University, Roger T Ames, considered at XJTLU’s final China Talks in 2019 in his presentation: Confucian Role Ethics and Human “Becomings”.

To begin, Professor Ames addresses the question: What is Confucianism?.

“Confucianism as I understand it is really a Chinese way of thinking and living that begins very early in the mists of history and that has evolved generation after generation down to the present day,” says Professor Ames.

“What is distinctive about the Confucian tradition is that each generation must take responsibility for building the cultural connector to the next generation.

“The idea of li, often translated unfortunately as “ritual,” is a social grammar that makes family the governing cultural metaphor. In everyday language people refer to each other in familial terms as brother and sister, ge or jie, uncle and grandma, shushu and nainai.

“A person has roles: you’re a colleague, you’re a son, you’re a dad. Your life is a convergence of the different roles you live. If you take away the roles what is left?

This notion of the relationally-constituted person with family being the entry point for developing moral competence, for inspiring moral growth, is often contrasted with the West’s faith in liberal individualism: of autonomous and self-interested individuals.

Within this contrast, misunderstanding can arise. Prof Ames worries that a black and white approach to the differences between those philosophies is something that adds to the misunderstanding. At the same time, he would argue that there is a “persistent and pernicious asymmetry in the relationship between Chinese and Western culture,” where Chinese culture is today is being theorized and conceptualized within a Western framework.

Ideology is something that has a monopoly on human consciousness, and this idea of individualism has become so powerful in the world today that it’s hard to think of an alternative.

“The notion of an individual being a discreet, independent, self-sufficient entity is not only a fiction but it’s become a pernicious fiction.”

“And foundational individualism at a personal, corporate, or nation-state level is a model of winners and losers. A Confucian role ethic grounded in the deference of family and communal relations offers an alternative win-win or lose-lose model to the ideology of liberal individualism and this divisive and deflationary model of winners and losers,” Professor Ames says.

“The reality is that individuality is not the starting point in a human life, but a function of the quality that one has been able to cultivate in the roles and relationships that constitute them. One becomes distinctive and even distinguished by virtue of the way they live their relations.

“A human being is a narrative. We cannot isolate a person from their story and their relationships.”

“Perhaps the most important contribution Confucianism has to make to a new world cultural order is its alternative conception of person.”

“We live in a moment of enormous transition. In looking at the way that China is being perceived in the world today suggests that a world that does not know China has been startled by the power of this new player,” Professor Ames says.

“China is here to stay, and so we have to learn to understand China better. That’s what we are doing here today.”

The China Talks series, coordinated by XJTLU’s Department of China Studies, is part of an active outreach educational programme for staff at XJTLU and the wider community, which focuses on aspects of past and present China. 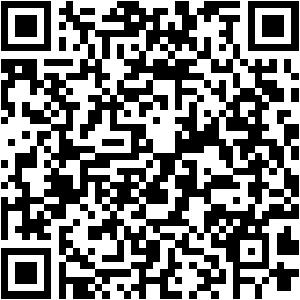