A mathematical model set up by an ad-hoc group of scientists indicates the number of currently infected novel coronavirus cases in China began a pattern of decline as of February 12. Currently infected cases are those confirmed to be ill with the virus who have not yet recovered or died.

When the model’s data was updated February 13 as the result of a change in Hubei province’s reporting, the model’s predicted date for the start of the decline jumped back.

“Before, our model indicated the decline would not start until February 16,” says Dr Yi Zou, who is based in the Department of Health and Environmental Sciences at Xi’an Jiaotong-Liverpool University.

“So, when we updated the data going into the model that creates the model’s parameters to capture the new way Hubei province is reporting, we were surprised and hopeful to see it indicates the decline has already begun,” he says.

“The figures created from the model February 13-15 from previous-day data show that the daily number of cured cases and deceased cases is now higher than the newly infected, leading to a decrease in the number currently infected.”

Dr Zou explains that as of February 13, Hubei province is reporting clinically diagnosed cases as “confirmed” even if they have not been confirmed by RNA test kits.

“In our understanding, Hubei province now rapidly confirms suspected cases and adds those to the confirmed cases, which explains the sudden increase in their confirmed cases.”

Before, Dr Zou’s team used confirmed cases as data the model uses to calculate its parameters. The new data uses the combination of confirmed and suspected cases for all dates in the model, recalculating the cumulative total for all dates starting at the disease outbreak.

While adding suspected cases to confirmed cases causes the data to be more “messy,” the model is still a good fit, Dr Zou says.

“The data reported from across China the last three days still fits our model fairly well. According to the model, currently infected cases have started declining,” Dr Zou says.

“This pattern would be hopeful, since each day there are fewer people who infect others, and the burden of taking care of sick people should decline,” he says.

“However, as always, a mathematical model is not a direct window to the future. If factors that affect the trend change or if the data on current cases is underreported, the model’s indications will not be accurate.”

A few days ago, Dr Zou made the same caveats when his team’s model predicted a drop to nearly no new, confirmed cases starting February 23. With the model’s updated parameters, the data so far remains on trend for that forecast.

He explains that he and others in the team selected a logistic equation model to study the novel coronavirus outbreak because it is commonly used for population dynamics and epidemiological analysis.

“Our thought was that this model might reflect the dynamics of this outbreak – how infection behaves, what processes drive it and what might constrain it, for example,” he says.

Dr Zou is one of four researchers from universities in China – three from Xi’an Jiaotong-Liverpool University and one from Southern University of Science and Technology – who publish figures derived from the model on a website they set up for use by scientists, journalists and other researchers.

The website includes open access to data from across China on the novel coronavirus outbreak and daily statistical modeling, both for the country as a whole and for its individual provinces.

The data is both as current as possible and from authoritative sources, Dr. Zou says.

“All data and information are automatically captured every 30 minutes through a background program to ensure timeliness,” he says.

“The data and information sources include government websites at all levels and media such as People's Daily and China Central Television to ensure that information is open, transparent and traceable.

Other researchers can download data packages for their own data modeling and research on the novel coronavirus outbreak.

Besides the data and models available both in Chinese and English, the website also includes, in Chinese-only, information from news agencies and evidence-based answers to myths and rumours.

In addition to Dr Zou, other volunteers responsible for development of the website include Dr Peng Zhao and Dr Lei Han, also of XJTLU’s Department of Health and Environmental Sciences, and Dr Xiaoxiang Wang from Southern University of Science and Technology.

The website includes a language toggle from Chinese to English. The website’s WeChat platform QR code is below: 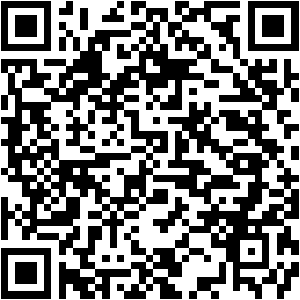