Based on publicly available data, a data model on a recently launched website set up by an ad-hoc group of scientists predicts the number of new, confirmed novel coronavirus cases in China to dwindle to almost nothing in under two weeks. “While this appears to be a relatively rapid near-end to new, confirmed cases, we must keep in mind that factors could change the trend or that the data on current cases could be underreported, which would change the prediction,” he said.

“However, the current model as of February 10 shows hope for the near future.”

The model is a logistic equation based on standard mathematics.

“According to the data we collected, the virus disease pattern shows a classic sigmoid function curve,” he said.

“The curve looks like a stretched version of the letter 'S.' We appear to be at the top curve of the 'S,' where the top curve indicates the maximum number of cases.

“We will continue to update this model as data comes in to keep the public abreast of the latest prediction.”

Four researchers from universities in China – three from XJTLU and one from Southern University of Science and Technology – created the website to provide scientists, journalists and other researchers open access to data from across China on the novel coronavirus outbreak and daily statistical modeling.

“To my knowledge, this is the only such open-access data website for novel coronavirus data that exists in the world,” said Johannes Knops, head of the Department of Health and Environmental Sciences at XJTLU.

Dr Zou explained that the scientists set up the website to provide a tool for people working around the globe to control the epidemic.

"We hope that through the integration of information, we can provide more people with data sharing and fight the epidemic together,” he said.

The data is both as current as possible and from authoritative sources, Dr Zou said.

“All data and information are automatically captured every 30 minutes through a background program to ensure timeliness,” he said.

“The data and information sources include government websites at all levels and media such as People's Daily and China Central Television to ensure that information is open, transparent and traceable.”

From the data, Dr Zou and the other volunteer collaborators create models to help visualise the data and demonstrate future possibilities.

“Our team uses a logistic regression model, which is widely used in epidemiological analysis, to predict the trend of the outbreak in China as a whole and for each of the country’s provinces from the data,” he said.

Other researchers can download data packages for their own data modeling and research on the novel coronavirus outbreak.

Besides the data and models available both in Chinese and English, the website also includes, in Chinese-only, information from news agencies and evidence-based answers to myths and rumours.

Besides Dr Zou, other volunteers responsible for development of the website include Dr Peng Zhao and Dr Lei Han, also of XJTLU’s Department of Health and Environmental Sciences, and Dr Xiaoxiang Wang from Southern University of Science and Technology.

The website includes a language toggle from Chinese to English. 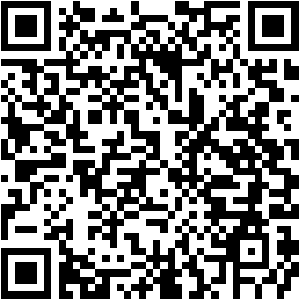