New research could speed up detection of sepsis

A new journal article, co-authored by Professor Christopher Gwenin of the Department of Chemistry, Xi’an Jiaotong-Liverpool University, has explored a new method of sepsis detection, which could result in faster, more accurate and more accessible testing devices in the near future.

Sepsis, informally known as blood poisoning or blood infection, is a condition whereby an untreated infection spreads throughout the body and leads to a heightened response from the immune system, which then attacks healthy cells. According to the paper, it affects 20 million people worldwide per year, and kills around 11 million.

People with lower immune systems are more at risk of sepsis, and the long-term effects of COVID-19, such as weakened heart function, increase the susceptibility of the condition.

“Viral infections, like COVID-19, are becoming more commonly related to sepsis cases,” says Professor Gwenin, “as a higher number of people in hospital are experiencing a secondary infection contracted from an increased stay.”

For sepsis survival, speed is key, says Professor Gwenin: “Results from a retrospective study have shown an average increase in mortality by 7.6% for every one-hour delay in the administration of antibiotics in patients with septic shock.”

Current sepsis testing takes anywhere from five hours to a few days, depending on the testing method, and some faster tests only detect a small number of pathogens. Additionally, sepsis symptoms, such as shortness of breath, coughing and fever, often mimic other illnesses, making reliable testing so much more important.

The paper sought to illuminate a more reliable and faster system of sepsis detection by using a method known as Solid-Phase RPA, and incorporating it into a lateral flow device.

These tests deliver rapid results, can be operated easily and use only a small sample from the patient, making them better for neonatal care, the paper explains.

The future of sepsis tests

Solid-Phase RPA allows the test to be operated at room temperature. “A method like this reduces run time as well as the cost of the device,” says Professor Gwenin.

According to the paper, while more research is needed, Solid-Phase RPA shows promise towards a fully integrated sepsis test with the potential to incorporate it into a lateral flow device. This would help identify a wide range of pathogens in under an hour without the need for expensive equipment.

This research: 'Development of Solid-Phase RPA on a lateral flow device for the detection of pathogens related to sepsis' has been published in the journal Sensors and can be read in full here.

Professor Christopher Gwenin is a Professor of Research at Xi’an Jiaotong-Liverpool University. Before joining XJTLU in 2020, he was a Senior Lecturer in Physical Chemistry at Bangor University. He has published numerous papers, and focuses mainly on high-value research at the interface of biology and chemistry.

By Patricia Pieterse and Stella Rüggeberg 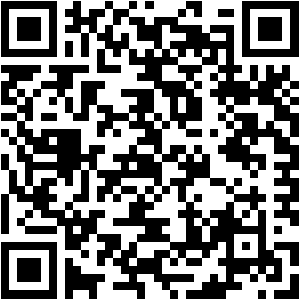