The city of Suzhou’s history is not only long, at more than 2,500 years, but also culturally significant, famous for silk production, Kunqu Opera, Su embroidery, and its world-famous classical gardens.

It’s a fitting location for studying the protection and urban renewal of historical and cultural cities.

Approximately 150 students and instructors from Xi’an Jiaotong-Liverpool University are among 300 participants doing just that in a teaching camp launched earlier this month in the ancient city of Suzhou.

Drawing on ancient design principles while also keeping in mind modern needs, the teaching camp aims to inspire a new generation of architecture students who love Suzhou and want to design for Suzhou.

Ancient city protection and renewal have always posed a challenge for government departments, prompting a large amount of research into how to best preserve cultural history while also modernising, noted the camp’s organisers.

That’s why the design project for this camp involves the integration of Suzhou traditional residences with modern design techniques, aiming to respect the texture and scale of the ancient city block while guaranteeing comfort and meeting the needs of modern life.

At the opening ceremony, hosted by Dr Yiping Dong of XJTLU’s Department of Architecture and Design and live streamed via Zoom and Tencent Meeting, teachers and students from the participating universities interacted with experts and leaders in relevant fields. The teaching base for this camp is a traditional residence in Suzhou’s ancient area.

Combined with the XJTLU’s Year Three architectural design module, the group is composed of 14 tutors from different countries, who will lead 14 teams to explore the design of Fulangzhong Lane and the Suzhou ancient city area from different angles. The final designs created from this teaching camp will be edited and published with the support of the Gusu Branch of Suzhou Natural Resources and Planning Bureau as well as Suzhou City Protection and Renewal Company. At the ceremony, Dong Chen (pictured below), a part-time tutor of the design course speaking as the representative of the XJTLU design teaching team, explained what the final project will involve. John Latto, one of the tutors of the XJTLU team, said: “It’s an exciting opportunity for students to participate in an event such as this, and the designs from different universities could bring new life to the ancient city of Suzhou.”

He said that for the protection and renovation of ancient cities, we should be aware that people's lifestyles are constantly changing, while also respecting culture and history.

Students noted the opportunities to for universities to collaborate.

Yuchen Chen from XJTLU said: "This project unites the teachers and students from various architecture departments from different universities and gives us an opportunity to learn from and communicate with each other. I believe I will gain a lot in this teaching camp.” 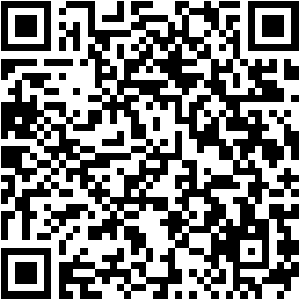