The team ranked in the top 5 percent of more than 400 teams participating in the China 2019 Unity AR Application Creation competition; winners were recently notified.

The awarded work, AR Landmark, is a smart phone app that allows users to view and add to virtual signs overlayed on a live view captured through the phone. With it, for example, people can find useful information about locations for bathrooms or elevators in large public spaces, like shopping malls or railway stations. Using AR technology, users see the virtual signs left by others, such as safety warnings or entertainment suggestions, presented in an intuitive way.

"It's like mountain climbing, people ahead often leave signs and clues for you to know which roads to take and which paths are safe," said Dr Cheng-Hung Lo of the School of Film and TV Arts, the team’s advisor.

"Using the app, you can feel the kindness of strangers when you are exploring a strange city or area. Our team members hope this app promotes friendly interaction,” he said.

"Young as our students are, they have such a broad view of the world. I think it's great."

The winning team’s members were Year Four student Xuyi Yao of the Digital Media Arts programme, Xingjian Hu and Yishi Yang, who recently received undergraduate degrees in Industrial Design, and Shaun Ansari, who is studying for a masters in Media and Communication.

Yao said the team members performed the aspect of the work they were best at while also staying connected with one another. Yang, who after graduation has continued to study illustration, was responsible for art content, like characters; Hu was in charge of the integration and arrangement of the components, making sure they were user-friendly; Ansari programmed the app; Yao built the final video for the contest. The team discussed and communicated throughout about all aspects of the project, from the initial concept to the presentation of the work, working online during the pandemic.

Yao noted that her studies in digital media arts prepared her for cooperating across disciplines.

"Although the members of the team come from different fields, interdisciplinary cooperation like this is no stranger to me, Yao said.

Yao also noted that digital media arts is relatively abstract, with the majority of content is presented digitally, and students trained to focus on visual aesthetics. In contrast, the focus of industrial design is more on developing a physical product.

"Working with students of industrial design, we got to learn more about practical application," she said.

Dr Lo said the team performed especially well in light of the fact that the competition requires a lot of programming and other teams had more members with a computer programming background.

He said being involved in such competitions can bring benefits to students of Digital Media Arts.

"Students learn that digital media arts covers a large range of fields, and they can try as many of these as they want. And, when looking at cutting-edge technologies like AR or VR, an artist’s viewpoint is different from that of engineer’s. "

“Just like the concept of this award-winning work, we may use a completely different worldview incorporating emotion and warmth to reflect the individual quality of a user’s experience, not just to show technology."

"Competition experience will be of great help to future studies and work. Especially in teamwork projects, acting in different roles helps you better the position you prefer or will excel at in this industry,” she said. 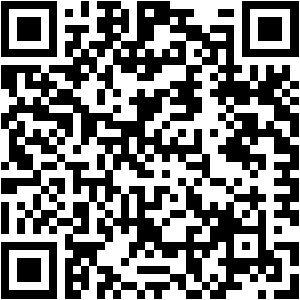