Study: Coronavirus may have been pre-adapted to infect humans

Homepage > Science and Technology > Study: Coronavirus may have been pre-adapted to infect humans

Since the COVID-19 pandemic began, scientists have looked for an intermediate species that may have facilitated the jump of the coronavirus that causes the disease from bats – widely accepted as the origin – to humans.

Bats’ physiology is relatively unlike that of humans, so scientists have considered a direct jump, or “zoonotic leap” unlikely – generally an animal virus needs to adapt to a human’s body before infecting humans. Severe Acute Respiratory Syndrome (SARS) likely used civet cats in its path between bats and humans; Middle East Respiratory Syndrome (MERS) likely came from bats through camels to us.

However, a recent study implies the ancestors of the virus that causes COVID-19, SARS-CoV-2, may be predisposed to infect humans. “After carefully removing the effects of recombination in the sarbecovirus genomes using sophisticated bioinformatics methods, our subsequent evolutionary analysis supports that this virus is likely the result of a direct or nearly direct zoonotic leap from bats,” said Dr Xiaowei Jiang of Xi’an Jiaotong-Liverpool University’s Department of Biological Sciences.

“’Nearly direct’ means there is minimum evolution required for a SARS-CoV-2-like bat virus to jump to humans, which also implies the virus may be pre-adapted in bats to infect humans,” he said.

“We found that a key genetic determinant on the spike protein of SARS-CoV-2, which determines the ability of the virus to infect human cells, appears to be ancestral and shared with bat viruses.

“That means the ability of SARS-CoV-2 to infect human cells may require minimum evolution or be pre-existing.”

Dr Jiang is part of an international team of scientists from China, Europe and the U.S. responsible for the study 'Evolutionary origins of the SARS-CoV-2 sarbecovirus lineage responsible for the COVID-19 pandemic,' which was recently published in Nature Microbiology.

Dr Jiang said that the study indicates an urgent need for increased sampling in the viruses that gave rise to both SARS and COVID-19, the Sarbecovirus subgenus.

“The lineage that gave rise to the virus SARS-CoV-2 which caused COVID-19 has been circulating unnoticed in bats for decades,” he said.

“This suggests a great deal of viral genetic diversity is not being sampled. Without these samples, we won’t know the exact links between SARS, COVID-19 and future outbreaks.”

“There were two outbreaks in humans from viruses of the Sarbecovirus subgenus in the past 17 years,” Dr Jiang said. “We can assume that future outbreaks could theoretically occur.”

The study did not implicate the pangolin as an intermediary link in the chain of COVID-19 infection between bats and humans, as some scientists previously theorised.

“While it is possible that pangolins may have acted as an intermediate host facilitating transmission of SARS-CoV-2 to humans, no evidence exists to suggest that pangolin infection is a requirement for bat viruses to cross into humans,” said Professor David L. Robertson, head of the MRC-University of Glasgow Centre for Virus Research and one of research team members.

“Instead, our research suggests that SARS-CoV-2 likely evolved the ability to replicate in the upper respiratory tract of both humans and pangolins.”

As opposed to other studies, the research did not find evidence that SARS-CoV-2 took pieces of genetic materials from other known sarbecoviruses, which would make tracing its origin and evolutionary history – a key process in developing effective prevention and treatment strategies – somewhat easier, Dr Jiang said.

“This virus itself is not a recombinant of any sarbecoviruses detected to date, which is in contrast to some other recent analyses,” he said.

“If a virus is a recombinant it means different parts of the virus genome may have different evolutionary histories, so we may need to study them separately. This is usually challenging if the recombination patterns are complex.

But if the virus is not a recombinant, this analysis becomes more straightforward.

To prevent deadly outbreaks like SARS and the current pandemic, humankind should step up monitoring and handling of sarbecovirus infections, Dr Jiang said.

“Our research points to a requirement for greatly enhanced surveillance and outbreak control programmes to prevent future outbreaks from sarbecoviruses, which contain the viruses for both SARS and COVID-19,” he said.

By Tamara Kaup
Image by Gerd Altmann from Pixabay 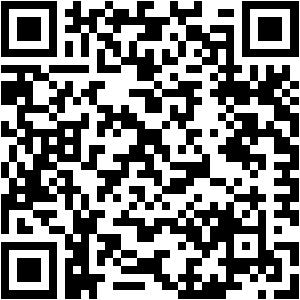