A new statistical model from Xi’an Jiaotong-Liverpool University aims to solve the problem of isoform ambiguity related to RNA modifications.

The paper, published on 2 November in the leading journal Bioinformatics, reveals how the MetaTX model enables isoform-specific allocation of RNA modifications.

Isoform ambiguity has been a problem in the field of RNA modification sequencing technologies for a while, explains Dr Jia Meng, of the Department of Biological Sciences and the corresponding author of the paper. “We have been aware of this problem since 2013, and several years ago, there were a number of research grants awarded to resolve it. In the end, no one published anything related to it.

“It’s a recurring problem, and no existing model seems to have solved it.”

RNA, like DNA, is a type of nucleic acid and a basic component of all life, so greater scientific understanding of how it works is important.

“For a long time, DNA took first place in biological research on nucleic acids. However, the discoveries of catalytic RNAs and functional noncoding RNAs over the past two or three decades have completely changed our views on the topic.

“RNA research has become one of the most dynamic and fast-growing fields in science,” says Dr Meng.

He explains that RNA modifications determine a function within the RNA. “RNA modifications work like an identity badge – it can get you into places that others can’t go. With a certain modification, maybe the RNA can be transcribed into protein, or without it, it will be dragged to the garbage bin.”

For this reason, when researching RNA, it’s important to know where certain modifications come from, because this will indicate their functions. However, with current RNA sequencing technology, only the DNA-based coordinates can be mapped.

There were two important aspects when developing this solution, says Dr Meng: “Firstly, we needed to develop a framework to make different transcripts comparable, because some may be wider or narrower, and some may not even have some typical features.

According to the paper: “Results suggested that MetaTX substantially outperformed existing direct methods on simulated datasets, and that a more informative distribution pattern was produced for all three datasets tested.”

Dr Meng says that the new MetaTX model, being open source and freely available, can be adapted for other aspects of RNA research. “We used it specifically for RNA modification research, but it can be applied to many different fields and different problems. There are so many possibilities, because this is a very general statistical framework for resolving ambiguity caused by heterogeneity.

“Of all the papers I’ve worked on, this is my favourite, because it addresses a real issue in a novel, rigorous and concise way.”

The research paper was written by researchers from XJTLU and University of Liverpool.

The paper is available here, and the software can be found here.

This paper marks the fourth time this year that research from Dr Meng’s lab has appeared in top journals:

• In March, a paper on m7GHub, which appeared in Bioinformatics, provided the first comprehensive bioinformatics platform for N7-methylguanosine.

• In August, research on m6A-Atlas, which appeared in Nucleic Acids Research, was the first quantitative database of m6A RNA methylation.

• In October, a paper about the database RMDisease, which also appeared in Nucleic Acids Research, bridged the gap between genome and epitranscriptome, and unveiled the pathogenesis related to seven different types of RNA modification. 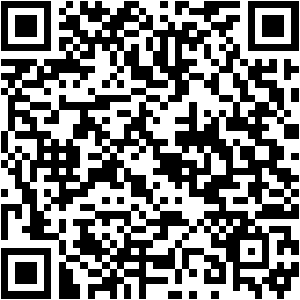 16 October 2020
Study: Coronavirus may have been pre-adapted to infect humans

2 September 2020
New research could speed up detection of sepsis