On the evening of 25 April, the fifth Inspiring XJTLU Person of the year 2014-2015 Award Ceremony was held at Xi’an Jiaotong-Liverpool University (XJTLU). Organised by the XJTLU Student News Centre under the guidance of University Marketing and Communications, this year the event celebrated its fifth birthday with old friends and new guests.

The ceremony aimed to discover the people and stories that touched the XJTLU community. All awards were selected and voted by students and 7 people and organisations were nominated. 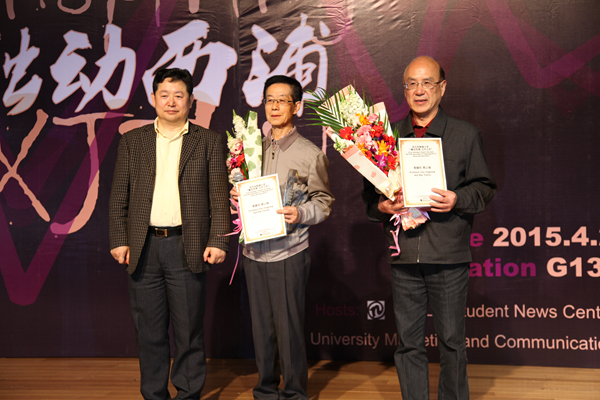 Dr. Mingzhu Yang, Vice-President of XJTLU opened the ceremony by delivering a speech and said, “We are ordinary people and whom we want to make awards to also ordinary people, but they have made an extraordinary difference to the development of this university.” He then elaborated saying that every year this ceremony gave him more inspiration and that he hoped to meet more excellent staff, students and teams on the stage of Inspiring XJTLU in the future.

The honored guests from 3 groups, representing either the person or organisation which were presented an award in the past five years were welcomed. They were: Professor Yunrui Han and Professor Jingming Guo from the Department of Mathematical Sciences; Charity Group from the Language Center and the student entrepreneurship team Silly Bird. 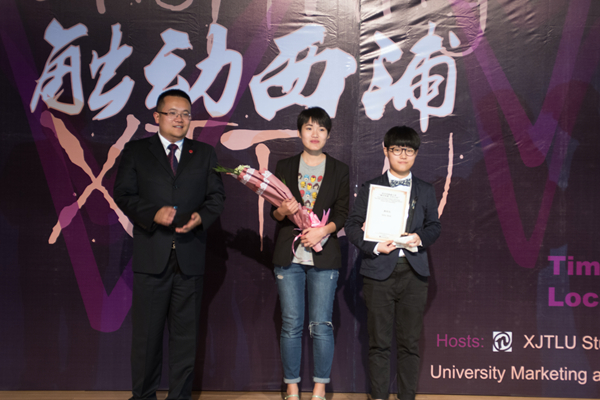 Professor Guo and Professor Han were deeply revered for their dedication to and passion for teaching. The Silly Bird team viewed XJTLU from a creative perspective and observed the world from a global angle. They inspired XJTLU students to be innovators who pursue dreams and pioneers and are never afraid of failure. The Charity Group from the Language Center is made up of foreign teachers who devote themselves to helping Chinese migrant worker children and their actions touched the whole campus. 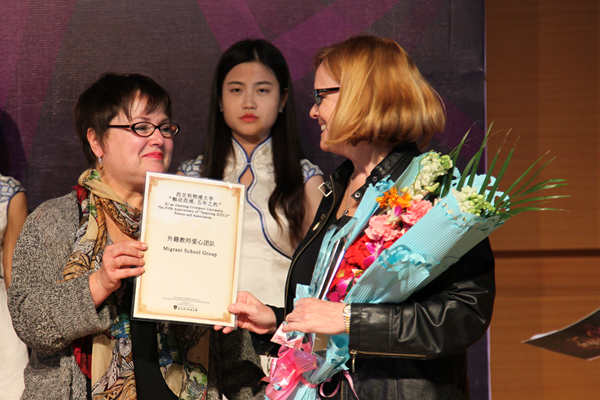 They have all witnessed the growth and change of XJTLU as well as of Inspiring XJTLU. Professor Guo said: ‘I witnessed our university’s achievements and our students’ growth over the past 5 years, and I have also experienced the best moments of my teaching career here. I appreciate XJTLU, my students and colleagues here and I will keep working hard.”

XJTLU Management Information Technology and System Office (MITS) was the first award-winning team for 2015. Among the administrative staff of XJTLU, they keep improving in order to serve teachers and students in their work and study. Head of MITS Mr. Xudong Feng excitedly said, “When the students told me that our office received this award, I couldn’t believe it at first, but we felt very happy after confirming it.” and he finished by saying “we will regard this award as an encouragement to ensure our better service.” 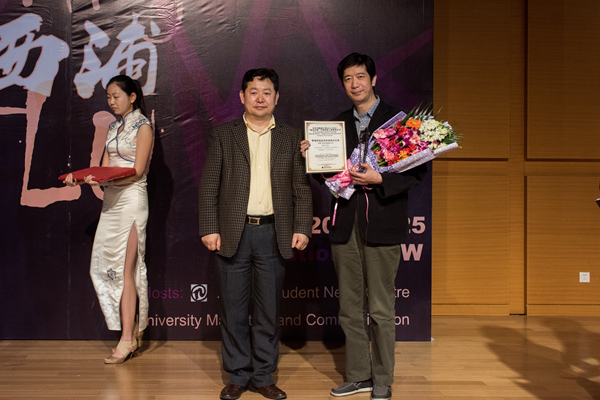 Many foreign teachers contributed their efforts at XJTLU which is an international university in China. Among them, Dr. Christian Herr and Dr. Thomas Fischer from the Department of Architecture are very popular with students in terms of their creative teaching model and remarkable professional quality injecting new ideas into a traditional teaching model at XJTLU. During the ceremony, Dr. Herr said, “When we started at XJTLU, it was more like a big family than anything else and I think it’s really good to maintain the feeling of doing something together under such an atmosphere.” 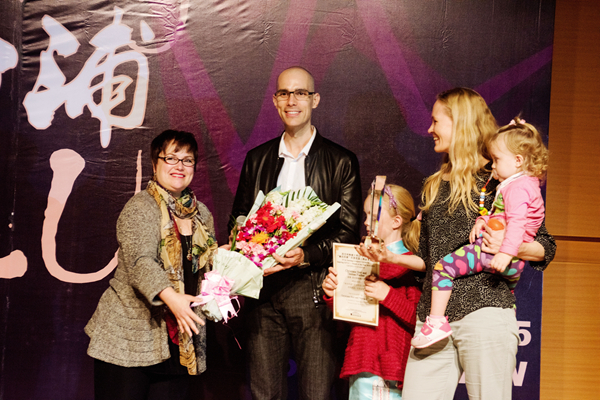 Ms. Zhi Jin, PhD student majoring in Telecommunications Engineering, also received the award of Person of the Year. She devoted herself to her studies at XJTLU for eight years and won the first prize of the first Poster Day at XJTLU. Referring to her 8-year study, Ms Zhi said, “I’m so grateful to everyone here who have helped me. I’m very happy to spend 8 years, my best years with XJTLU. I’d like to say, open your mind, follow your heart, stay at XJTLU and enjoy life here at XJTLU.” 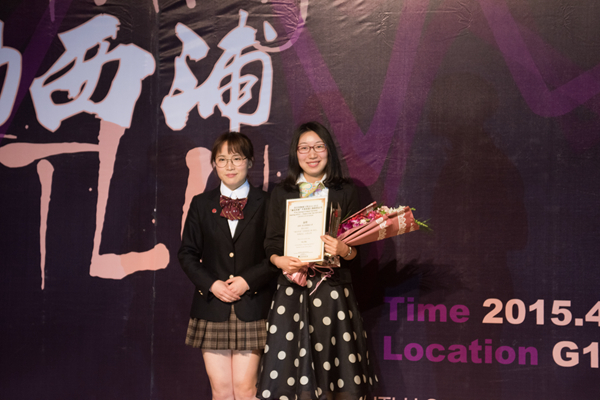 At the end of the ceremony, international student Shikai Liu from Burma majoring in architecture, the University Football Team, the Chinese Culture Teaching Centre and the Wind Knight Vehicle Association were also nominated for their efforts to inspire the whole campus. 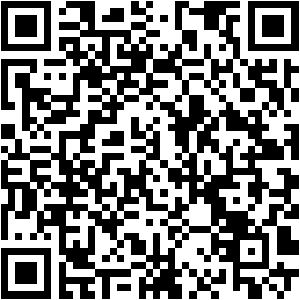