XJTLU: continuing the relationship between Liverpool and China

Homepage>News>XJTLU: continuing the relationship between Liverpool and China

“Liverpool has a very long-established Chinese community,” she says. “It was one of the earliest, if not the earliest, in the UK to be settled in the 1860s.”

At the time, Liverpool was one of the United Kingdom’s key ports and from 1834 the city established strong trade links with China that saw boats coming directly from Shanghai bringing silks and cotton wool.

While some Chinese people simply visited for trade, others found opportunities to settle in the city, forming a community in the Cleveland Square area near the docks where they worked.

“It’s natural that sailors from all over the world gravitated to the city,” says Professor Beer, “but immigrant populations in successive waves have always made Liverpool their home. That doesn’t surprise me as it’s a very welcoming city and a great place to live.”

Nowadays, the Chinese population in the city is estimated to number more than 25,000 buoyed by the significant numbers of Chinese students who study at the University of Liverpool. Some 65 percent of the University’s overseas student population is Chinese, attracted in-part, Professor Beer believes, by the University’s reputation in the country: “I think it’s partly because we’re in the joint venture that we attract students from all over China and Hong Kong to study,” she says, adding that Chinese students are “very, very important members of our student and alumni communities”.

The importance of China to global higher education

China is not just having an impact on the University of Liverpool, Professor Beer points out, but also on higher education worldwide.

She praises the Chinese government’s efforts to promote China as a destination for overseas students, suggesting it points to a recognition of the contribution overseas students make to the knowledge economy: “It is well-known and proven that graduates over the course of their lifetime will earn more,” she says, “they will also save their countries, and this is true worldwide, a huge amount of money in costs that don’t have to be incurred because they’re well educated - by being law abiding, a good parent, by paying their taxes and generally being fit and healthy.”

Professor Janet Beer has been Vice-Chancellor of the University of Liverpool since February 2015 and she made her first visit to XJTLU in July 2015 to attend the University's graduation ceremonies.

She enjoyed meeting XJTLU graduates and their families and playing a part in celebrating their achievements. She called graduation a “rite of passage” and praised the graduation ceremonies’ combination of both the UK and Chinese traditions.

She also toured the campus and spoke to colleagues working at XJTLU, and was impressed that the University lived up to her expectations: “Since starting at the University of Liverpool, one of the things that has been a revelation is the nature of the joint venture with XJTU that has resulted in this wonderful university,” she says. “It is unique in terms of giving the dual degrees and in being a hybrid between the Chinese and UK system. I think it’s an absolutely wonderful model.”

The “respectful” partnership at the heart of XJTLU has been a key part of its success, she believes, and something that everyone can be very “proud” of.

She thinks the foresight that XJTLU founders had 10 years ago has positioned the University firmly at the forefront of transnational education, leading where other similar developments follow: “These kinds of programmes are now being developed all over the world,” she says, “and visiting XJTLU has demonstrated to me that the University of Liverpool and XJTU were far ahead of the curve in terms of the visioning of this partnership. That vision is being fulfilled beyond, I’m sure, everybody’s wildest expectations.”

During her visit, she was impressed by the “beautifully landscaped” campus and high-quality buildings, both on the existing North Campus and the new South Campus development, pointing out the “stunning” terracotta finish on the Academic Exchange Centre building.

But it’s the speed in which XJTLU has developed, in just 10 years, that left the biggest impression on her: “One of the most amazing things about XJTLU is how far it’s come so fast,” she says, highlighting the University’s unique offer and growing reputation as a collaborator for industry and other universities in both research and continuing professional development education, as well as the development of the postgraduate offer alongside undergraduate programmes.

“The progress has been astonishingly fast,” she concludes.

Professor Beer is excited for XJTLU’s future and the continual development of the links between China and Liverpool. She believes the University will consolidate its reputation in terms of its student experience and high-quality education at undergraduate and postgraduate level, in particular the development of research degrees.

Additionally, she hopes to see XJTLU develop its research institutes to a high level, in partnership with the University of Liverpool but also with other universities and research centres, and with government and industry. “I see that as the logical next step for the University,” she adds.

With the 10-year anniversary a chance to celebrate all that the joint venture and XJTLU has achieved, as well as look to the future with optimism and enthusiasm, Professor Beer was keen to share a message: “Happy 10th anniversary XJTLU. It is a delight for me as the Vice-Chancellor of Liverpool to be involved in this joint venture with you and to be able to celebrate your special anniversary.” 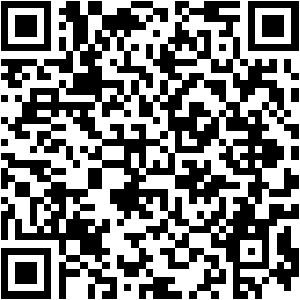