Students from the Department of Architecture at Xi’an Jiaotong-Liverpool University took part in an international workshop led by top Dutch firm Mecanoo Architecten.

Based in Delft, The Netherlands, Mecanoo designed the Birmingham Library, the Taiwanese Arts Centre, and Delft University library, and has received many honours and awards for its work.

The workshop with XJTLU students was led by Nuno Gonçalves Fontarra (see video above), an associate partner in the firm, and was focussed on developing solutions to renovate a harbour area in Rotterdam.

“We’re a Dutch firm, so we wanted the workshop to have some kind of Dutch element to it,” said Nuno, “but water is also a big element in the city of Suzhou with its many canals, so students were able to apply some of their local knowledge.”

Associate Professor Caterina Tiazzoldi (pictured below, centre) in the Department of Architecture at XJTLU commented that it is especially important for the development of the city of Suzhou that architects find ways to mix old and new structures:

“Old buildings should not simply be copied, but rather new elements need to be integrated with the old,” she said. “Rotterdam has been taken as a good case study to prepare for a design studio on Suzhou that will continue throughout this semester.”

Students worked in groups of five or six, each overseen by a member of academic staff, with consultations and advice from Nuno.

“He was very nice, kind, and humorous, but also made a lot of important points,” said undergraduate student Mingyu Qiu. “For example, he pointed out if our designs had too many curves, or were not practical or realistic.” 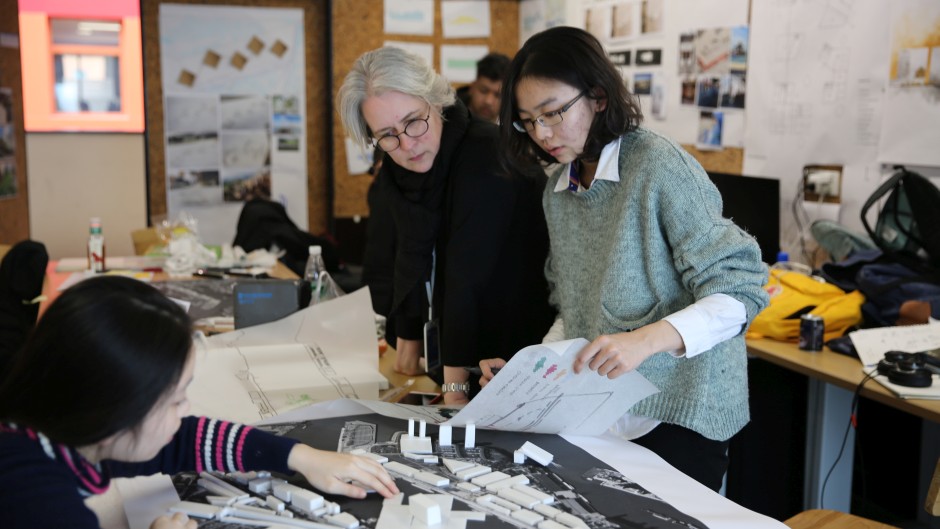 Her teammate Deng Siqi, a masters student, agreed, and said she felt everyone worked well together and benefited by developing their teamwork skills as well as applying their architectural knowledge.

The project was set for the urban scale, which is a typical way of working on built environment design in China but less common in Europe, and University of Liverpool visiting student Georgina Cantrill commented that she valued the opportunity to gain some experience on a large-scale project.

“Great works of architecture function well but are also works of art,” said Professor Gisela Löhlein, new head of the Department of Architecture at XJTLU. “Poetry, rhythm, and mathematics can all be expressed through architecture, and architects are in a position of great responsibility to have a huge impact on people’s lives.” 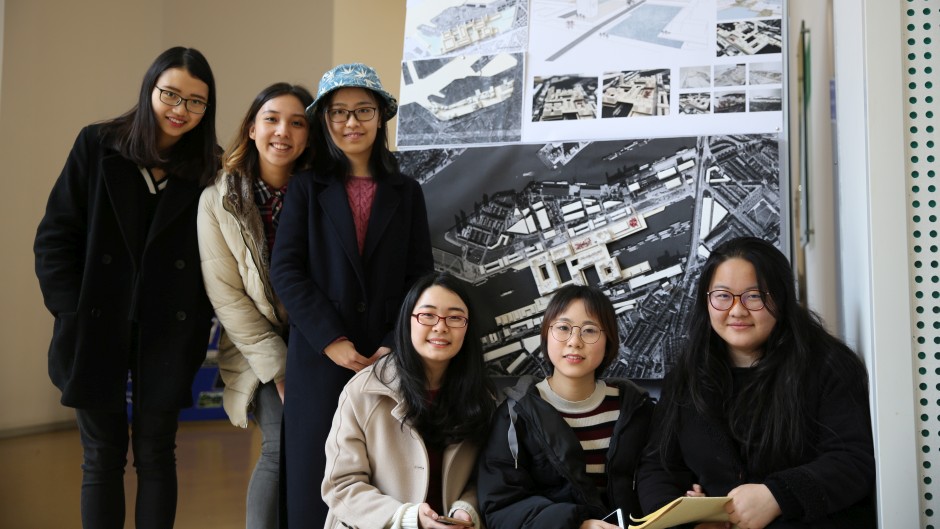 Models and design plans from the Rotterdam workshop are on display in the ground floor entrance area of the South Campus Design Building.

For more information about the Department of Architecture at XJTLU visit its official webpage.

story and photos by Danny Abbasi; video shot by Chenxu Zhao and edited by Lindsey He 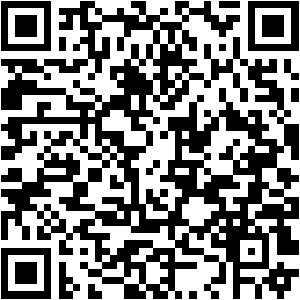