Planning for a healthier future through urban design

Homepage>News>Planning for a healthier future through urban design

Xi’an Jiaotong-Liverpoool University is working with the local Suzhou government and the University of Hong Kong to investigate connections between built environments and public health in a new research project funded by the National Natural Science Foundation of China.

Urban planning researcher Dr Ying Chang from XJTLU’s Department of Urban Planning and Design says the project addresses the lack of existing research on built environment configuration and its impact on public health.

She hopes the project will shed light on new ways to build healthy cities as millions of people around the world transition from rural areas to urban centres, moving from low density villages to neighbourhoods with higher density and very different design. “Our health is affected by many different factors and the complex interactions between them – for example, we know that our age, gender, socio-economic background and lifestyle all have an impact on our health and wellbeing,” she says.

“At the same time, there is a universal understanding that both built and natural environments influence our health. But right now – particularly in regards to urban planning – there is still much to learn about how urban design can affect our health.”

With land a scarce public resource, Dr Chang says public health needs to be front of mind in the planning, designing and building process.

“What we have found so far is that design practice often relies on strong individual preference and style without knowing or understanding the potential impact on public health. Even very nuanced differences in design may result in very different health outcomes in the long term.

“Due to this lack of evidence, we can’t compare and predict how different configurations of built environments affect people’s health. For example, what is the best configuration of density, diversity and design of neighbourhood open space for optimal public health?

“That’s why it’s important to bring together designers, planners, public health academics and government officials to work towards the common goal of finding the ideal built environment configuration for the best public health outcomes.

“We hope the results of this research collaboration can be used as a reference for future decision making as cities continue to expand around the world.” The workshop included presentations from Dr Lin Lin (XJTLU), who shared her research into adolescence obesity in Shanghai and its connection with the built environment; Dr Guibo Sun (University of Hong Kong), who discussed the impact of a new metro station in the city of Nanchang and neighbourhood walkability on passengers’ behaviour changes; and Professor Lingyun Fan (Suzhou University of Science and Technology), who explored relocation neighbourhoods for landless farmers in Suzhou.

Dr Chang says the project is part of a wider effort in Suzhou to bring together academics from various XJTLU departments, including the Department of Health and Environmental Sciences and Architecture, as well as the local government, with the aim of improving public health.

“We are building a research network based in Suzhou with colleagues in the fields of planning, urban design, architecture, environmental sciences and public health,” she says.

“Together we hope to uncover the correlation between built environment configuration and public health.” The National Natural Science Foundation of China health and built environment project is a collaboration between the XJTLU Urban and Environment Research Institute, the local Suzhou government, and the University of Hong Kong’s Healthy High Density Cities Lab. 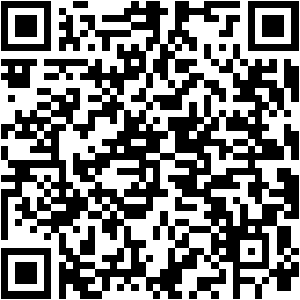