Today millions of people in China will return to the land of their ancestors for the annual Qingming Festival, one of the most important cultural festivals for Han Chinese people everywhere. Known as Tomb Sweeping Day in English, the customs related to this occasion vary from one place to another but one activity remains integral to any variation: the act of ‘tomb sweeping’. This literarily refers to people sweeping and cleaning up the tomb sites where their dead ancestors lie.

Given most urban dwellers’ ancestors are buried in the nearby countryside, Qingming Festival also witnesses one of the busiest traffic periods in China, even rivaling the notoriously chaotic travel period over Chinese New Year.

In Hong Kong, for instance, many people’s ancestors are buried in the neighbouring Guangdong province, creating chaos at customs as large crowds make the trip back to the mainland. People even try to beat the crowds and sweep the tombs before the official festival. In some places, sweeping the tomb three days to a week before or after the Qingming date is allowed.

Qingming Festival doesn’t just involve an annual ‘spring clean’ of sacred sites – the living also make offerings to the dead, ranging from incense sticks, candles and paper money, to flowers, fruits and other foods. In Suzhou and the wider Yangtze River delta region, red bean paste wrapped in a sticky rice bun that is dyed green with edible leafy grass such as Asiatic wormwood is a common offering to the dead – it is also a popular treat for the living, who enjoy eating them. Qingming Festival also marks the official arrival of spring. Rather than a somber occasion, the holiday is seen as an occasion to come together with family and enjoy time in nature. Parks and nature reserves are filled with people and kites dot the skies above as the masses head out to enjoy the great outdoors.

Ancestor-worship is the other crucial part of the Qingming Festival. In some parts of urban China, where the Cultural Revolution has a lasting influence, ancestor worship rituals are no longer observed. During the Cultural Revolution, ancestor worship was considered one of the feudal superstitions and was therefore banned. It was not until the 1980s that such rituals were revived.

In recent years, the ritual of ancestor-worship has been revived, particularly in southern China. With an increase in wealth for many citizens, family lineages with the means have begun to rebuild their ancestor halls, called Citang 祠堂 in Chinese. A large sum of foods is offered to the ancestors and then consumed by members of the lineages, symbolising the unity of families and longevity of the family line.

In pre-imperial China, royal ancestors were considered divine entities, who could offer guidance, assistance and protection to their descendants. They could also help them to direct and administer the community.

Ancestors were considered the intermediaries between humans and the gods – through divination rituals performed with the aid of the so-called ‘Oracle Bones’ and the offerings of food and wine, the king of the Shang was able to communicate with royal ancestors, seek their guidance on state affairs, and ask them to intercede on his behalf with higher gods.

The exclusive ability to communicate with ancestors through divination was a strong tool of political legitimisation and gave the Shang kings the power and right to rule upon their subjects.

Over the centuries ancestor worship rituals evolved and, under the influence of Confucianism, spread among the common people as the highest expression of filial piety. Households had family altars in which ancestral tablets engraved with the name and the birth date of the deceased were displayed and worshipped; it was a common belief that the spirit of the ancestor would reside in the stone tablet after death.

Honouring the ancestors with proper burials and ensuring continuity in rituals and sacrifices through lineage weren't only ways to respect them, but also a method to appease the spirits and avoid their angry return among the living in the form of ghosts.

With the annual Qingming Festival still celebrated by many Chinese, and even increasing in popularity in some parts of China, this ancient tradition shows no signs of disappearing in contemporary Chinese society.

Dr Wu is an Associate Professor in the Department of China Studies at XJTLU. Trained as an anthropologist, her current research focusses on issues of gender, religion and social memory in the urbanising areas of Suzhou.

Dr Cesarino is a Lecturer in the Department of China Studies at XJTLU. Her research focusses on Chinese pre-modern history and literature. 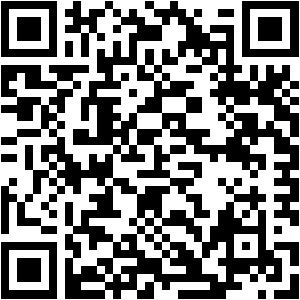 04 Apr 2019
Real estate and politics: the owners of the game
关注西交利物浦大学官方微信 X