The same week that the United Kingdom banned meetings of more than two people due to the coronavirus pandemic, the number of newly reported cases in China’s Hubei province, the epicenter of the outbreak, was at nearly zero.

As the coronavirus pandemic takes hold across the world, China’s current successes in limiting the spread of COVID-19 should be considered as governments around the world deliberate and initiate unprecedented policies and practices in a bid to keep their populations safe.

This is what Dr Ying Chen of the Department of Health and Environmental Sciences at Xi’an-Jiaotong Liverpool University (XJTLU) says, outlining how China’s multi-faceted response to the outbreak makes it a leading light for other countries to follow suit, with many now adopting similar measures to China.

China has also focused intensely on medical research aimed at to prevent the spread of COVID-19 and treat those with the condition, while examples of ways to entertain and maintain the psychological health of the general public and patients have been shared across the world.

“Across the world we are witnessing the closure of schools and universities, flight bans in Australia, the lockdown of cities and closed borders across Europe,” Dr Chen says.

In the UK on 23 February, following criticism over its slow response to enforcing social distancing, the government has issued a ban for all gatherings of more than two people in public.

“The suspension of mass gatherings, such as sporting and musical events, and impetus for social distancing practices including, for example in England, the closure of pubs and restaurants, needs to occur at speed.

“These are recent responses and need to be enforced as too often people will fail to consider the severity of this crisis, many going about their day in their usual way, unaware that they may be transmitting the virus while feeling in good health.

“Social distancing and self-isolation are among the most important factors in controlling the spread of this virus. In China, specifically in Hubei where isolation measures may have been considered strict, that effort has been worthwhile.”

In the city of Hubei, there are currently only a few sporadic new confirmed cases of the disease.

Dr Chen adds that the value of epidemiological tracking and widespread virus testing at the earliest possible time is another vital factor in combatting its spread.

“A large proportion of people who are infected do not exhibit severe symptoms for a considerable period of time before showing more serious illness, or even for the entire disease duration. These are the milder stages or cases, and these people may not even know it themselves, but they are still infectious. However, they are like the body of an iceberg whose tip demonstrates the most extreme cases of people who are ill with the virus.

“This is why epidemiological tracking and widespread testing is so important, to identify who has coronavirus, as quickly as possible.

“If just one person shows symptoms such as having a cough, high temperature or shortness of breath, the requirement for a whole household to self-isolate for 14 days is a strong precaution.”

The common use of facial masks in China is another practice that is becoming more widespread internationally.

“People may say the point is that there’s no solid published evidence showing that mask use is an effective measure to prevent the transmission of virus, but actually we cannot afford to wait until evidence is published in this emergency setting. It is an easy and cheap measure anyway.

“Scientific evidence takes time to be proved but we need to take every opportunity to engage in preventative measures that may be helpful, and this of course includes hand washing.”

Dr Chen says that the efforts every country is making into research to help create a vaccine for COVID-19 are essential, following China’s phase one clinical trials in this area, adding that international cooperation and the sharing of data and information around this research is vital.

“The quicker an effective vaccine is found, the better all round, but the sharing of information, internationally, is part of the process which can enable that to happen.”

Dr Chen also says that the ability of countries to find light relief and entertainment during this difficult period is also of major importance in keeping positive attitudes and spirits up.

“Social media video clips of doctors dancing in China in a bid to improve the morale of their patients are repeated in other countries as well, including the example in Italy where those in social isolation opened their windows and sang songs with their neighbours.

“These demonstrations of positive approaches are valuable in a time when morale needs to be boosted.” 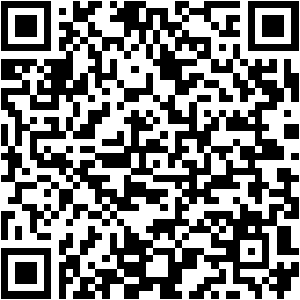