Speakers at the TEDxXJTLU conference last week considered topics including when humans – not algorithms – should make decisions; the future of the Chinese biomedicine sector; and how an integration of Eastern and Western philosophies can help us navigate an ever-changing world.

These were just a few of the mind-opening subjects nine speakers from Xi’an Jiaotong-Liverpool University and beyond talked on under the theme of syntegration. Professor Youmin Xi, Executive President of XJTLU, kicked off the event talking about how integration of Eastern and Western philosophies can guide people through these increasingly uncertain times: “We need integrated wisdom to establish ourselves in the future landscape. We can combine Eastern wisdom with Western culture to form a new mental model, which guides us to survive in the complex future world and make us qualified world players.”

Professor Mu Wang, Head of Department for Biological Sciences, spoke about integrating the past, present and future, as well integrating various disciplines to enable more innovation.

"The development of life science has started its third revolution, characterised by intersection of disciplines," Professor Wang said. "For example, medicine, physics, and mathematics have been embedded in life science research, which has advanced life sciences and human power to transform and utilise nature."

Professor Wang said that in the future, China's biomedicine sector can transform from a follower to a leader, an imitator to a creator, and a pharmaceutical manufacturer to a pharmaceutical power. One aspect of integration that is on many people’s minds is the melding of people and technology. How can we maximise the potential of human/machine integration? And in times like this, what does it mean to be human?

Zhizhong Long, Vice President of Sugon International Information Industry Co. Ltd., shared his views on the relationship between technology and human beings along with a story to illustrate the limitations of technology.

As a volunteer during the pandemic, Long worked to raise funds and gather personal protective equipment for medical workers on the front line. With the supply shortage, the most efficient and scientific plan would have been to distribute the materials to a small number of hospitals, thus reducing transport and logistical efforts.

"But our distribution plan was not like this,” he said. “The limited amount of protective equipment was often scattered among multiple hospitals. Although we couldn’t give all the hospitals all the equipment they needed, we wanted to give hope to as many hospitals as we could.

"Algorithms can calculate the most efficient scheme for distribution, but they cannot calculate the power of hope. The most valuable thing a person has is not their brain, but their heart," Long added. Professor Roberto Donà, of XJTLU International Business School Suzhou, talked about the idea of predicting the future based on the study of the past.

Ming Cai, geography teacher at Suzhou High School, narrated her adventures around the world, which she transformed into first-hand teaching materials for her geography class. The TEDxXJTLU annual conference was organised by the XJTLU Museum. Dr Xin Bi, licensee and curator of the conference as well as the Director of the Centre for Knowledge and Information at XJTLU, said: "The talks carefully prepared by the speakers have benefited us a lot and inspired us all." 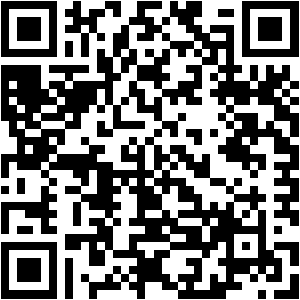