Proteins are the workhorses of cells, responsible for almost all biological functions that make life possible. Understanding how specific proteins work is key to disease prevention and treatment, allowing us to lead longer, healthier lives.

Yet scientists still know nothing or very little about thousands of proteins that exist in our bodies and their role in keeping us alive.

Now researchers from Xi’an Jiaotong-Liverpool University have uncovered a new protein analysis tool – coined the Bacterial Growth Inhibition Screen (BGIS) – that could fast-track the process of assessing proteins. The tool allows for quick and efficient basic characterisation of protein function with no special equipment or cost involved.

Dr Ferdinand Kappes of XJTLU’s Department of Biological Sciences says that while it won’t replace more complex and established protein analysis methods, the BGIS tool offers a viable ‘pre-screening’ method that could save scientists significant time in the lab, in turn accelerating basic science and medical discoveries.

“Many proteins have multiple ‘business areas’, and finding out these different functions and how they are regulated is essential to understanding how biological processes work,” he says.

“Identifying and then manipulating the SARS-CoV-2 spike protein, for example, was crucial in the development of a Covid-19 vaccine.

“We know misfunction or mis-regulation of proteins often results in diseases, but a large portion of human proteins still remain a mystery to us.

“One of the main reasons for this is that proteins are often difficult to study, as each new protein is like exploring a foreign city without a map for the first time – there are often no similar proteins to offer clues or even a starting point.

“The work is time-consuming, and results can be hard to come by, so many researchers avoid studying unknown proteins altogether.

“The tool we have developed provides researchers with a ‘compass’ of sorts. It allows them to quickly work out if they are on the right path by determining whether a protein has a function worth exploring.”

The new tool could substantially facilitate the study of many proteins, according to Dr Kappes, and makes use of an unpopular side effect common in biology labs.

“Our tool uses recombinant protein toxicity, a well-known effect that happens when bacteria are used for the production of human proteins, such as insulin for medication,” he says.

“Essentially, we force the bacteria to produce a foreign protein, but this often interferes with the natural biology of the bacteria and causes a number of stress scenarios.

“As we usually only use bacteria as a surrogate for protein production – the negative ‘stress scenarios’ on the bacteria are considered a burden and are typically not looked at further.

“What we have highlighted is that these negative effects can be harnessed and used as an easy way to gain fundamental functional information by seeing how the bacteria responds to the expression of foreign proteins.

“If bacteria growth is affected by the foreign protein, we know there is some sort of function coded in the protein that warrants further investigation. The BGIS also allows for quick manipulation of the protein at hand exploring the same principle.

“After our initial discovery, we applied this technique to every protein we could find in our labs. It worked every time. It really is like turning lemons into lemonade – it’s a byproduct of biological experiments researchers dreaded, but we’ve been able to turn into a tool to aid discovery.

“In addition, the BGIS allowed us to substantially advance our own research on the oncoprotein DEK, which is a longstanding interest in our own laboratory.” 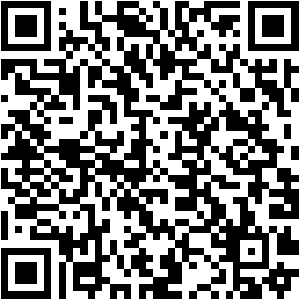