A new study, by a team of researchers from Xi’an Jiaotong-Liverpool University and other universities in China as well as the UK and the Netherlands, has found that the consolidation of traditional smallholder farms in China has a devastating effect on the biodiversity of wild pollinators in the area.

“Biodiversity is essential for all life, with pollinators being one of the most important groups,” says corresponding author Dr Yi Zou, from the Department of Health and Environmental Sciences. “There are diverse insect pollinators in traditional smallholder agroecosystems in China supported by fine-scale field margins which contain semi-natural habitats.”

However, these habitats are under threat: “China is conducting massive farmland consolidation projects, changing traditional fields to regular consolidated ones. As a result, fine-scale, semi-natural habitats are removed,” says Dr Zou.

Traditionally, smallholder farms in China are worked by hand and have an irregular shape informed by the landscape. There are narrow margins of semi-natural habitat between individual smallholder farms to allow farmers to move between them.

Consolidation reorganises the farmland into more uniform shapes that allow for mechanised agriculture and creates even, flat surfaces between the plots, which are sometimes paved to enable easier movement.

To assess the impact of these consolidation projects, Dr Zou and a team of researchers conducted a study in Jiangxi province, comparing pollinator diversity of 20 rapeseed (canola) fields over two years – 2015 and 2019.

“We found that consolidated farming landscapes had about 30% lower pollinator biodiversity as opposed to traditional ones,” explains Dr Zou. “While semi-natural habitat in the areas surrounding the farmland has positive effects on both consolidated and traditional farming, it requires a great deal of land to offset the loss of margins. To compensate for the drop in diversity, we need an extra 55% landscape-scale semi-natural habitat, which is very difficult to achieve.

“Farmland consolidation is inevitable to improve agricultural productivity. However, the role of semi-natural habitat in supporting farmland biodiversity – and the associated beneficial services such as pollination and biological pest control – needs to be considered. For example, the establishment of fine-grained networks with flowering plant species and nesting sites may provide a feasible option to reduce negative impacts on wild pollinator diversity,” concludes Dr Zou.

The researchers conducted the study in the Jiangxi Province of China in 2015 and 2019. A total of 20 study sites, with eight consolidated and 12 traditional farmlands were selected.

Pollinator communities in focal oilseed rape fields were sampled using pan traps placed in the centre of each field. The pan trap sampling resulted in the collection of 6,910 wild pollinators, which accounts for 85 species.

The richness of rarefied species of wild pollinators was higher in traditional sites as opposed to consolidated sites, and species richness was positively associated with the proportion of semi-natural habitat in evidence.

The study found the following conclusions:

The paper, “Can landscape-level semi-natural habitat compensate for pollinator biodiversity loss due to farmland consolidation?”, was published in the journal Agriculture, Ecosystems & Environment.

The research team consisted of: Yi Zou and Xiaoyu Shi from Xi’an Jiaotong-Liverpool University, China; Haijun Xiao and Haimin He from Jiangxi Agricultural University, China; Shudong Luo from the Ministry of Agriculture and Rural Affairs, China; Jenny A Hodgson from University of Liverpool, UK; and Felix JJA Bianchi and Wopke van der Werff from Wageningen University, The Netherlands. 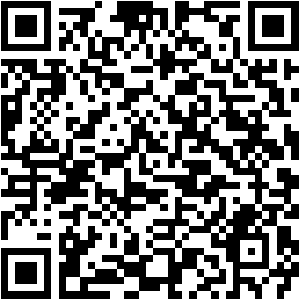