Staff and students from the Department of Architecture at Xi’an Jiaotong-Liverpool University are celebrating having won three awards at a competition open to all schools and departments of architecture in China.

Submissions from XJTLU won the Outstanding Design Brief and two Outstanding Design Studio Coursework awards at the 2017 National Architectural Education Annual Symposium in Shenzhen. The symposium was attended by more than a thousand delegates from schools and departments of architecture from around the country. 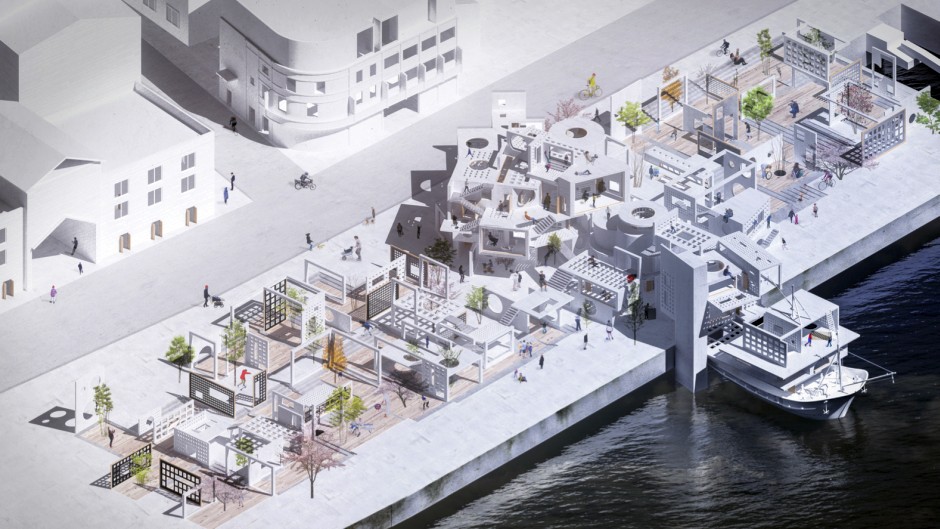 The brief linked the students’ work to an initiative launched by the Royal British Institute of British Architects (RIBA) in honour of the architect Cedric Price and avant-garde theatre producer Joan Littlewood. 30 schools of architecture worldwide participated in the RIBA initiative, whose framework required the tutors of each team to develop their own brief and approach to the theme, ‘Fun Palace Futures’. 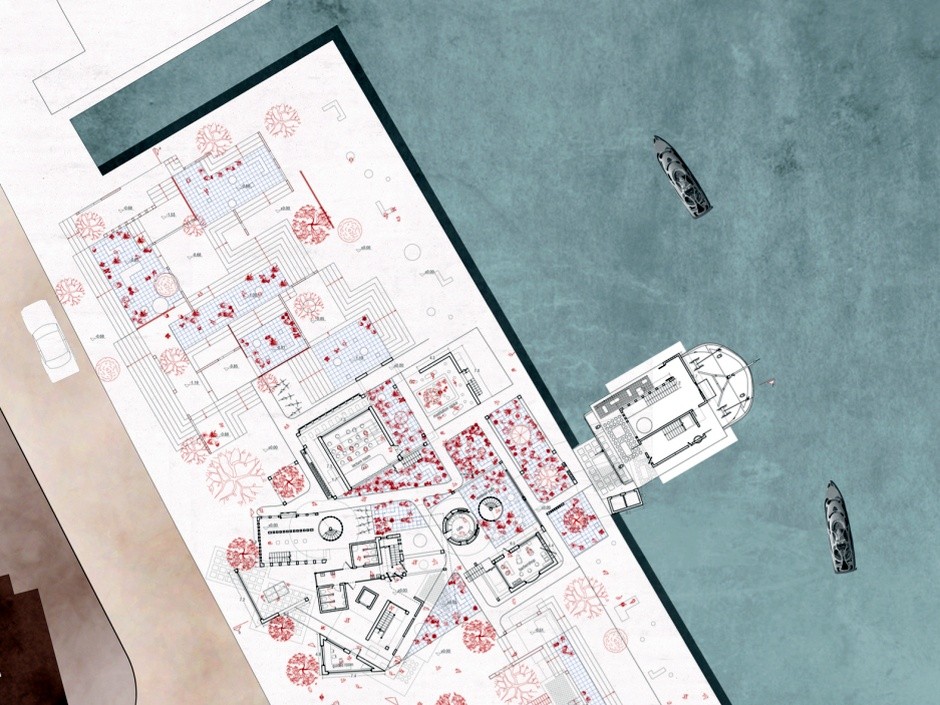 The Fun Palace project began in 1962 as a collaboration between Price and Littlewood to create a new form of leisure centre: not a conventional building, but a socially interactive machine, highly adaptable to the shifting cultural and social conditions of its time and place.

Aleksandra Raonic, associate professor of the Department of Architecture at XJTLU, explained more:

While each student team had its own focus requiring its own interpretation and detailed brief, the RIBA framework allowed the students at XJTLU to discuss and exchange ideas and questions online with student teams working at Northumbria University in Newcastle, UK, and at Ion Mincu University of Architecture and Urbanism in Bucharest, Romania.

“The online interaction was very valuable as it allowed the students to gain an understanding of how students in other parts of the world approach design,” said Associate Professor Claudia Westermann.

Aleksandra and Claudia’s ‘Framing Indeterminacy’ brief guided the students in an experimental approach to developing a new architecture of participation and exchange for a site located in Shanghai on the West bank of the Huangpu River, around 800 metres southeast of the historic Bund waterfront area.

“Shanghai, with its history of the foreign settlements and its present that is marked by migrants from all over China, provided a compelling scenery for thinking about a new architecture for fun, culture, and exchange as an incubator for participation that reconfigures spaces to places,” said Claudia. In light of recent developments in architecture that prioritise form as image, the brief suggested to reconsider openness, participation, and performance as fundamental questions of architecture. A lecture covering questions of participation in Chinese traditional art was provided as an entry into rethinking openness within the Chinese context.

“In an experimental design process that involved translations of works of art into another medium, the students detected the principles of indeterminacy and first developed ideas for how these principles could become spatial,” explained Aleksandra.

“They developed new tools which allowed them to create a new open architecture. Through this initial experimental research and subsequent design process, the students engaged in thinking from multiple viewpoints in relation to narratives of place, and new possibilities for creating interfaces that allow for a form of participation that turn ‘users’ into ‘inhabitants’,” she said. 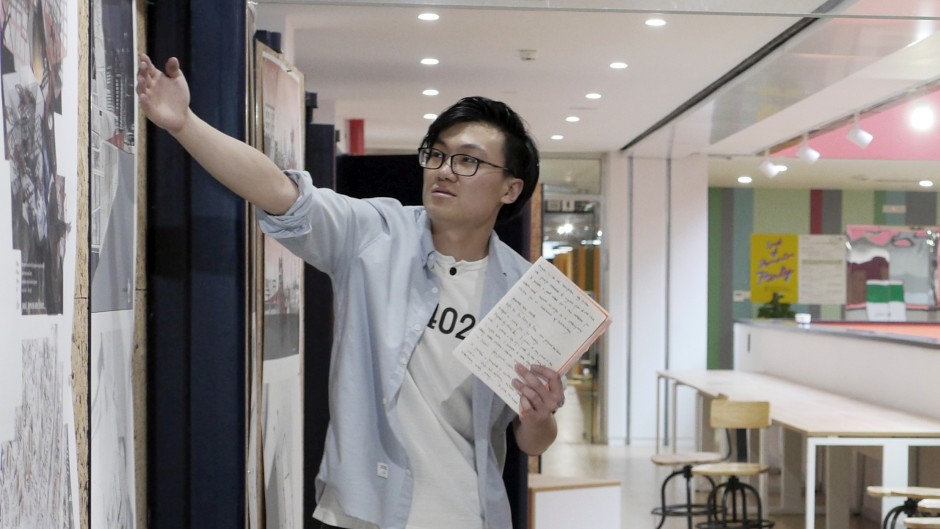 Shaokang Li’s Final Year Project, ‘A Palimpsest of Old Shanghai’, captured an understanding of indeterminacy by translating a Chinese shadow play into a series of conceptual models and drawings, and subsequently into architecture.

“The Chinese shadow play recomposes characters and stories,” explained Shaokang (pictured above). “In a similar manner, story fragments overlap and interlace in the multi-universe of the proposed architecture. It blurs the boundary between time and space and generates new stories. As an homage to Cedric Price - some of the fragments were developed as mobile units of exchange. They can disconnect and reconnect, and are destined to travel around the world,” he said. 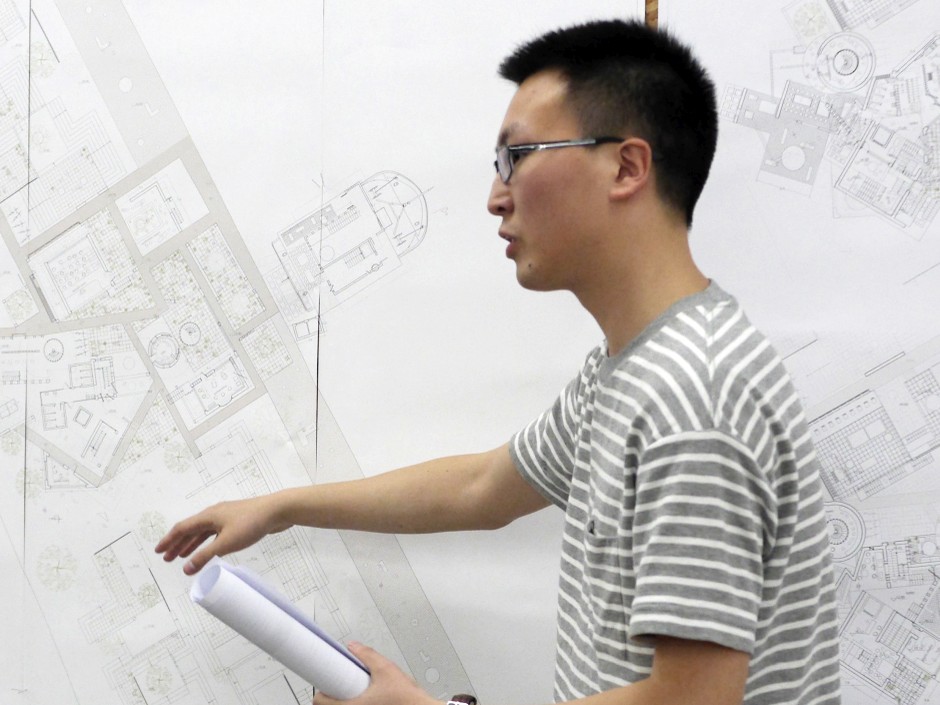 “Spaces designed by architects always end up being defined by specific forms, programs and materials. Compositional approaches to the design of architecture with a focus on function, form and material tend to determine the meaning of space. They carry the risk of depriving space of its vitality and limiting possibilities for future development.

“While we could attempt to reject control in the design process in order to allow users to develop their own spaces, the renunciation of control is a design decision that risks arbitrariness. We do not seem to be able to escape notions of control, but how can we activate and promote social interaction? These were the questions that guided my design research process,” he said. 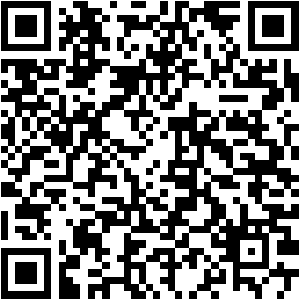