Research: can radiation reduce the reliability of our electronic devices?

In March 2011, an earthquake in the sea off Japan triggered the Fukushima Daiichi nuclear disaster, causing widespread damage and loss of life. 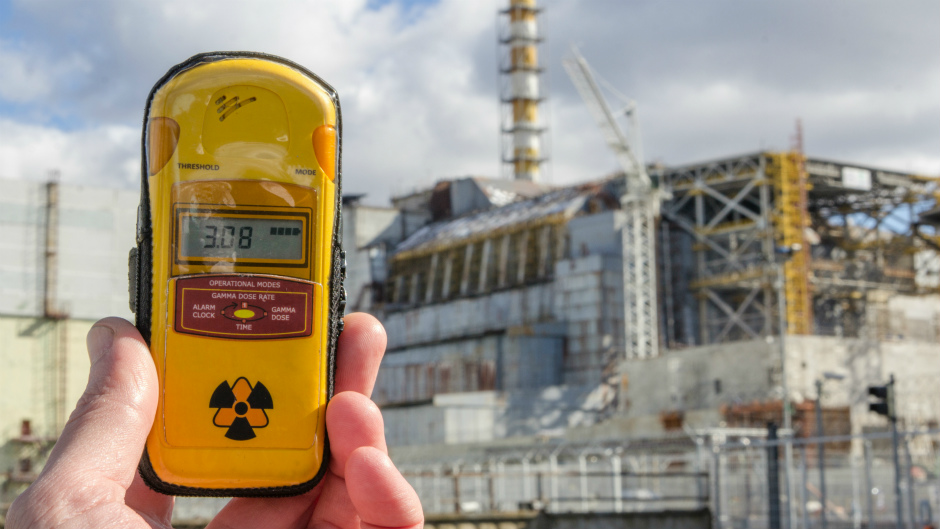 These are the questions at the heart of the work being done by researchers at Xi’an Jiaotong-Liverpool University. Professor Cezhou Zhao from the Department of Electrical and Electronic Engineering says studying the reliability of electronic devices and equipment in radioactive environments has widespread benefits for societies affected by nuclear disasters.

“How our electronic devices and equipment withstand nuclear disasters needs to be taken into account when developing innovations in areas such as medical treatment, nuclear power, national defense and aerospace,” he says.

“Yet because we live in a time of peace there are not many researchers in China or overseas looking into how ionising radiation may cause electronic devices to dysfunction.”

Professor Zhao says the effects of ionising radiation on electronic devices can be classified into two types: real-time effects and changes that occur afterwards or overtime (also called post-radiation effects), but real-time effects do more harm and are harder to measure.

“What we have done is monitor in real time how electronic devices are harmed the moment they were exposed to ionising radiation,” he says. 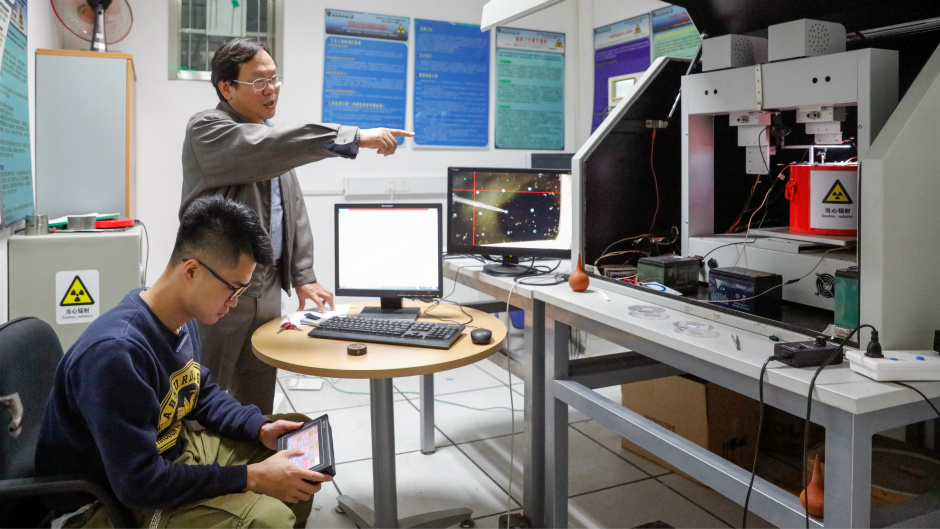 “In the medical field for example, radiotherapy equipment in hospitals is constantly affected by ionising radiation,” he says.

“We need to understand the effects of radiation across the course of an electronic device’s lifetime. In the case of radiotherapy equipment, impaired reliability due to radiation exposure could someday make the equipment fail and emit too many rays. What should have killed cancer cells might someday kill a patient.”

The research is conducted in an inconspicuous corner of XJTLU’s underground parking lot, where a tiny ionising radiation lab exists. Within it, you can find an eye-catching sign on a red lead tank that reads ‘Caution Radiation’.

What’s sealed inside is a source of gamma ray, a radioactive experimental material, Cs-137, that Professor Zhao purchased with great efforts after a lengthy approval process through the national environmental protection department.

“The difficulty of doing research on ionising radiation is the government has strict control over gamma ray sources as they can be very dangerous,” he says.

“Most universities don’t own ionising radiation labs, therefore they lack the basic ability to do this kind of research.” 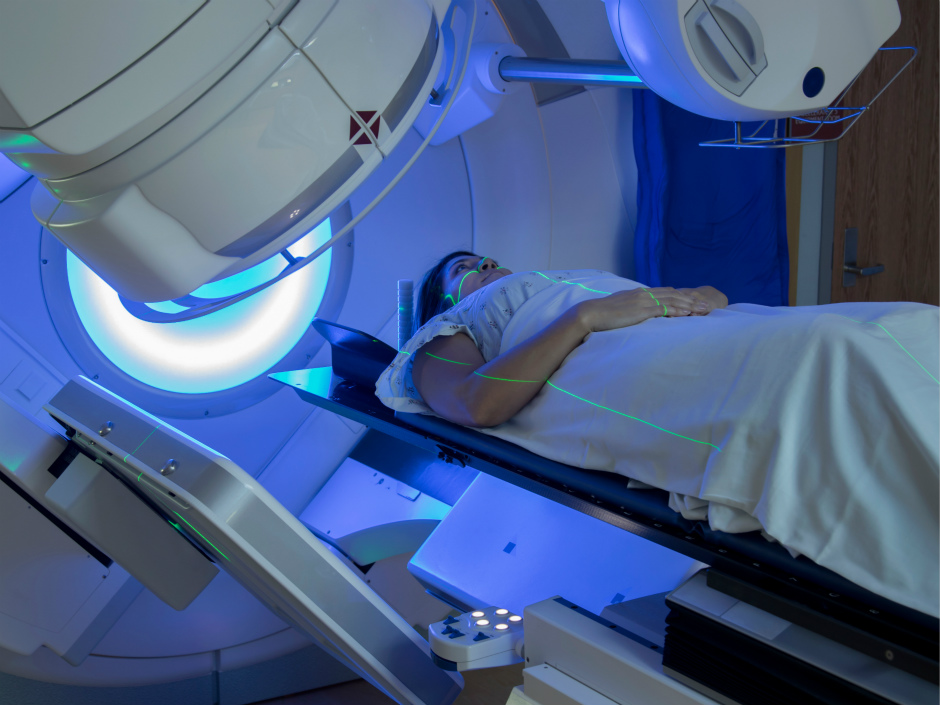 In the laboratory, photons radiate out from the source and onto the electronic devices on a chip. By observing the red and green curves shifting on the computer screen next to the red lead tank, researchers can monitor in real time the changes of the devices’ functions in a radioactive environment.

The research team is now focussed on improving radiation hardness of devices in such conditions, lowering their sensitivity to ionising radiation, and narrowing the range of the curves’ shift by changing their manufacturing procedures, conditions and materials.

The research has been supported by two grants from the National Natural Science Foundation of China (NSFC) and has already resulted in more than ten SCI papers.

Ionising radiation has been one of Professor Zhao’s main research interests for nearly ten years, but he stresses the importance of a strong interdisciplinary team to conduct ground-breaking research.

Professor Zhao joined XJTLU in 2008, when the young university was only two-years-old. Back then, there was nothing on campus but a white main building. Prior to this, he spent more than a decade at the University of Liverpool and other prestigious British universities.

“I think the development of labs here on campus reflects XJTLU’s growth in the last decade,” Professor Zhao says. 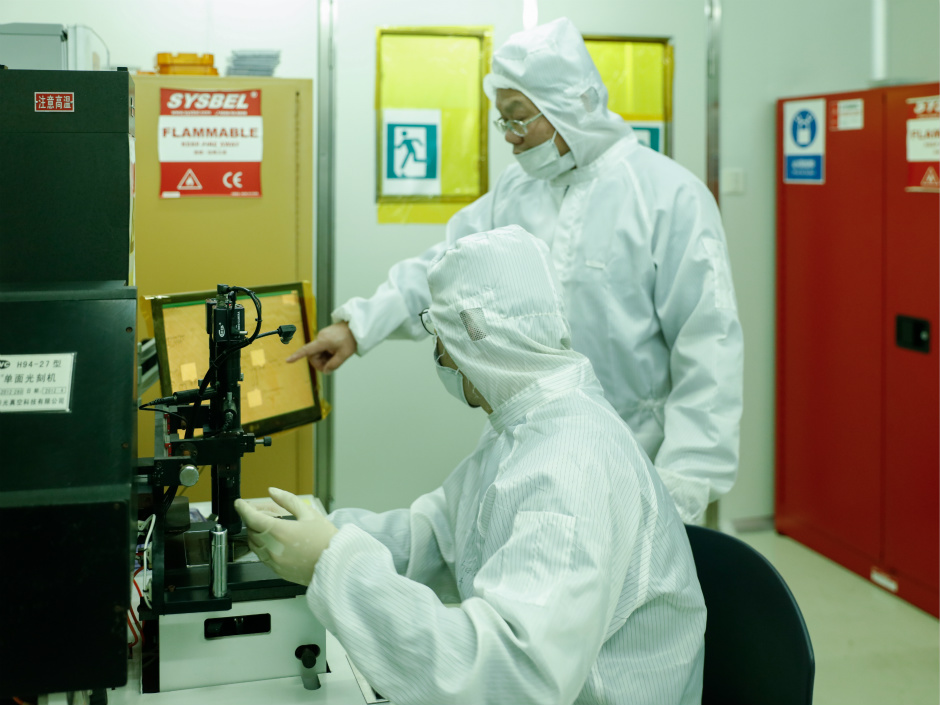 (The picture: Professor Cezhou Zhao instructs his doctoral students to research on the manufacturing process of integrated circuits in the Nano-Micro Fabrication Lab)

Starting from building XJTLU’s first clean room in 2008, then the first Nano-Micro Fabrication Lab, Professor Zhao’s team, comprising teachers from research groups and doctoral students, now run the largest laboratory group in XJTLU. They have more than ten labs located in multiple buildings across both North and South campuses.

“It is great that members of such an interdisciplinary group work so closely together,” Professor Zhao says.
“We are a real team. My ability is limited on my own. It is the young scientists’ hard work and talent that keep the lab moving forward.”

In recent years, members of the lab have secured research grants of over RMB 10 million in total, more than 30 patents have been approved and over 30 research projects at national, provincial and municipal level have been completed. Each year, they have more than ten SCI papers published. 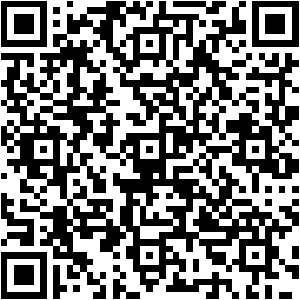