Rarely discussed but very common, pressure injuries, also known as bedsores, affect millions of people around the world every year.

Yet, the sheer number of people suffering from pressure injuries worldwide today shows that much more needs to be done to raise public awareness about wound management. Diana Garrisi, a lecturer in journalism at the Xi'an Jiaotong-Liverpool University School of Film and Television Arts, has been researching this topic for World Pressure Injury Prevention Day, and a research paper on her work has been published in the SAGE journal Public Understanding of Science.

In the UK, the International Stop Pressure Ulcer Day is endorsed, as part of Stop the Pressure Campaign, by the National Health Service.

Considered an important indicator of the quality of patient care, a pressure injury is localised damage to the skin caused by prolonged pressure on the same part. It can affect everyone, at any age, especially bed-ridden patients.

Despite many improvements being made, in the UK alone, for example, 1300 new ulcers are reported monthly, costing the NHS over £1.4 million every day. In a debate on wound care that took place in the House of Lords in 2017, the British Government was asked to develop a strategy to improve the standards of wound management and prevention. This was due to the overall 11 per cent yearly increase in pressure sores, among other types of lesions.

Although greater collaboration between science and the media is often advocated in campaigning initiatives to bring the issue of pressure sores to a wider audience, little research has been conducted into how wound care is actually framed in national newspapers and how this coverage relates to policy makers.

The links between bed sores and poverty

A historical case study looking at the news coverage of pressure injuries in the Victorian period reveals that then, like now, wound management was a political problem linked to inequality and the treatment of the poor in the society.

Bedsores were a common cause of death, or a contributing factor, for people residing in Victorian workhouses in nineteenth-century Britain. Judicial inquiries, widely covered by both the lay and medical press, showed that bedsores were often due to the conditions of neglect and lack of nursing typical of the workhouse.

Forensic evidence published in news reports with graphic detail enhanced a discussion about wound care, offering the readers, in the form of vivid images and medical disputes, the reasons why reform of the workhouse system was needed.

Notorious is the case of Timothy Daly, a 28-year-old workhouse inmate whose death from bedsores made headlines for weeks in the 1860s. Through the description in the newspapers of the wounds found on his body, the bedsore became a visual referent for the faults of the government in handling poverty, and fostered the relationship between medical science and popular politics.

Daly’s bedsores became a symbol of neglect that was used to exercise pressure for reform. The Lancet launched an investigation into the metropolitan workhouses and together with the British Medical Journal called for higher pay for medical officers and medical assistants.

Finally, in 1867, the Metropolitan Poor Act was passed in Parliament. This aimed at redistributing medical functions, establishing new infirmaries in London for the sick and poor, and replacing unpaid pauper nurses with paid trained ones.

In the years following the inquest into the death of Daly and other workhouse residents, due to the publicity given by the media to deaths related to the development of bedsores, pages of newspapers proliferated with news reports, opinion and advertising columns about wound management. Bedsores had become newsworthy.

A visit to the historical archive of the Penny Illustrated Paper or the Daily Telegraph gives us a variety of tips and information on how the Victorians dealt with pressure sores.

Given the huge cost of bedsores and the adverse impact they can have on one’s health, it is time to think about how the media and science can work together again to address this pressing issue.

This article is adapted from one published on the Public Understanding of Science blog. 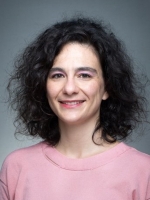 Diana Garrisi is a lecturer in journalism at Xi'an Jiaotong-Liverpool University-JC School of Film and Television Arts. Her research interests include: the popularisation of dermatology in nineteenth-century Britain, body image and media, fact and fiction in journalism. She is the recipient of the 2015 Samuel J. Zakon Award in the History of Dermatology. 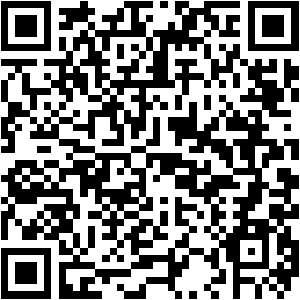