A short documentary written, directed and produced by Dr G.D. Jayalakshmi from the Xi’an Jiaotong-Liverpool University School of Film and TV Arts, has won Best Documentary Film and Best Travel Film at the 22nd season of the Calcutta International Cult Film Festival, as well as the Award of Excellence at the Hollywood International Independent Documentary Awards. Going Home is based on Dr Jaya’s own experiences. It tells the story of a grand three-day train journey across India, from Kolkata in the north to Bangalore in the south, and the people encountered along the way.

“I lived in North India, but I was born in the South. My mother loved going home to her family in the South – and that epic three-day train journey became one of the most important memories of my childhood,” she says.

“For my mother, going home was travelling from the North to the South, but I’ve decided to live my life in the West, so going home for me has meant something different. Following my mother’s death in 2007, I decided to relive that exact same journey again. And exactly the same trains run at almost exactly the same times. That’s how the film came about.”

Although she has been a filmmaker for 30 years, Dr Jaya says producing Going Home was a new process for her. While she is an experienced director, producer and scriptwriter, this time she was also in front of the camera as a character narrating her story to the audience. For Dr Jaya, the film is also about sharing other people’s stories while reflecting on her own. “At one point, the film focusses on a woman who has lived in Kolkata train station her whole life,” she says.

“This woman is about my age, and is probably one of the beggars I used to watch when I was a child, travelling that same route.

“This has made me reflect on my own life, how I have lived all over the world yet she’s still in that station.”

By telling the story of the woman who lives in the station – and the stories of other colourful characters such as a lime seller and a busker – the film gives audiences a different way to make sense of the world.

“It is a sweet little film but I am surprised that it is winning awards,” she says.

“Maybe the reason it has resonated with audiences is because of its simplicity; maybe that’s what the world needs right now. I think the film can help audiences make sense of the world around them, which makes it approachable.” The documentary took only eight days to film, but the crew faced several challenges along the way ranging from difficulties gaining filming permission from the Indian government to the cameraman not being allowed to board his plane to Kolkata.

“Filmmaking takes teamwork, everyone plays an important role. You have to be so close to the people you work with – it’s very much like a family,” Dr Jaya says.

Dr Jaya is now working on a new feature film, which will be filmed in Shanghai, Suzhou and the United Kingdom. She hopes it will become the first Chinese-Bollywood film.

In her role as an academic and the Head of Moving Image at the XJTLU School of Film and TV Arts, Dr Jaya also enjoys the teaching process, especially watching her students grow.

“At the beginning of my scriptwriting class last semester, I asked my students why they chose the module,” Dr Jaya says.

“I remember one of the students said she chose it because it was compulsory, and she felt that I wasn’t particularly impressed. But this summer she emailed me, and she apologised for saying that.

“She said she had learnt what it means to understand and observe life through the process of learning how to write in that module.

“You never know how you can change someone’s thinking, and that’s one of the most amazing things about education.”

“Follow your heart. Don’t get bullied by your parents, your teachers or anybody else around you. Find your passion and work hard – remember nobody knows you better than you know yourself.” 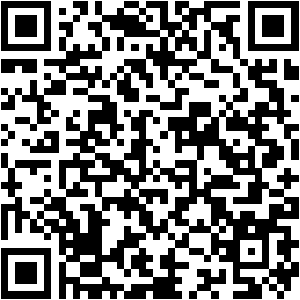