Students and academics from a number of education institutions in Suzhou came together in October to find new ways to address climate change, as part of the international hackathon initiative ‘Climathon’. 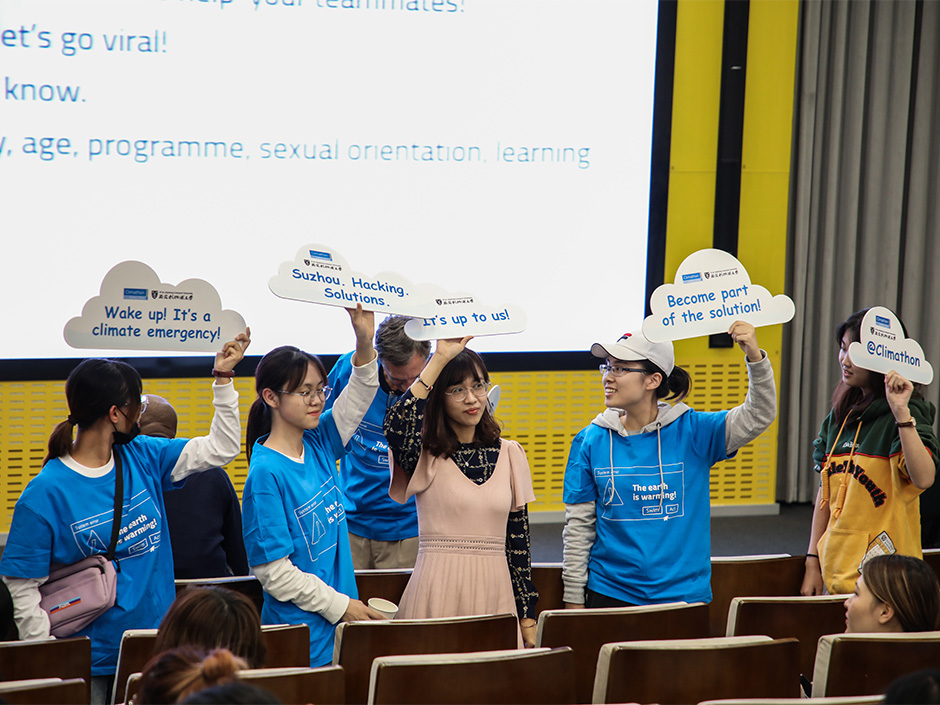 Students from XJTLU were joined by peers from Suzhou University of Science and Technology, and United World Colleges (UWC) Changshu China, to work together over an intensive 24-hour period to produce new concepts to improve the environment.

They were part of a global movement, which included participants from more than 140 cities and 56 countries and regions around the world taking part in a Climathon this year.

The first prize went to the team proposing a ‘kitchen sharing’ plan, which aims to encourage people to consider their environmental impact while eating. Domestic students from the Departments of Architecture and Design, Urban Planning and Design, English and International Business School Suzhou (IBSS) at XJTLU and an international student from Suzhou University of Science and Technology were behind the idea. 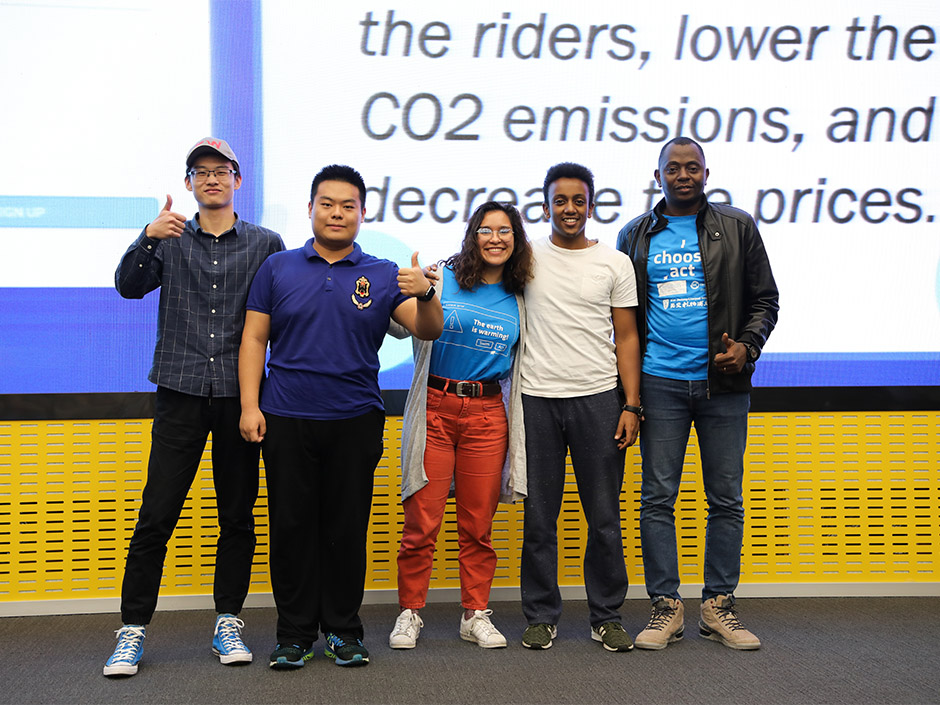 Yuanfang Shang, a team member from Urban Planning and Design, said they designed the app to save food and protect the environment through something people do every day.

“We hope our idea could make a difference to people’s eating habits and diet through an app that educates them about both the importance of environmental protection and a healthy lifestyle.” 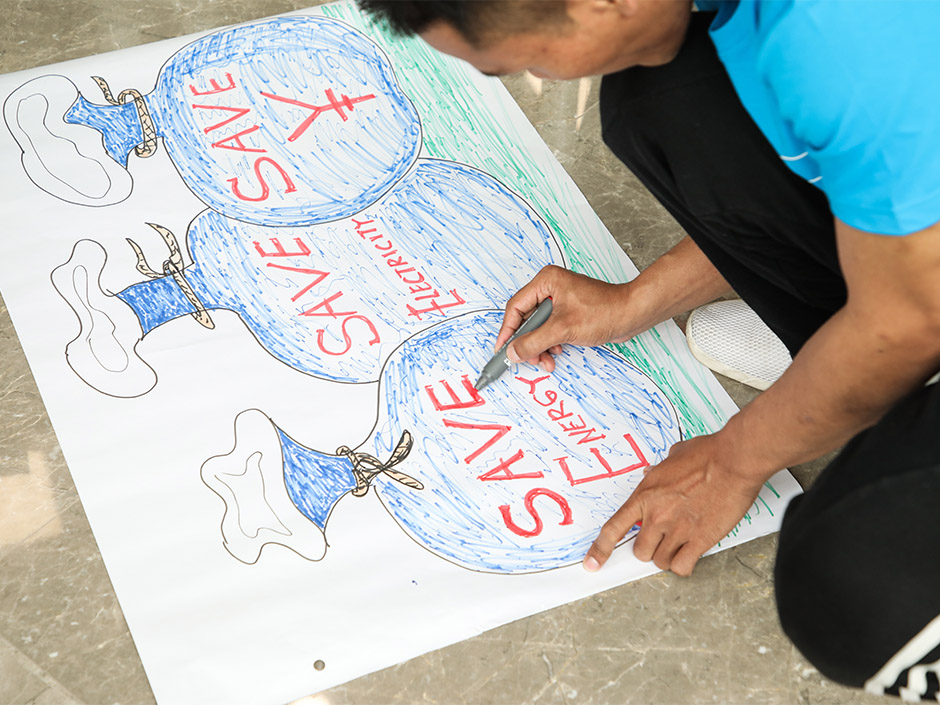 The runner-up prize was awarded to the team who proposed a transportation sharing app. Conceived by students from UWC Changshu China, Suzhou University of Science and Technology, and XJTLU, the app uses mathematical modelling to reduce CO2 emissions while lowering the cost of transport for users.

Climathon is an initiative by Climate-KIC, Europe’s largest public-private partnership addressing climate change through innovation. Suzhou is the first city in mainland China to hold a Climathon event, which it has now run annually since 2017. 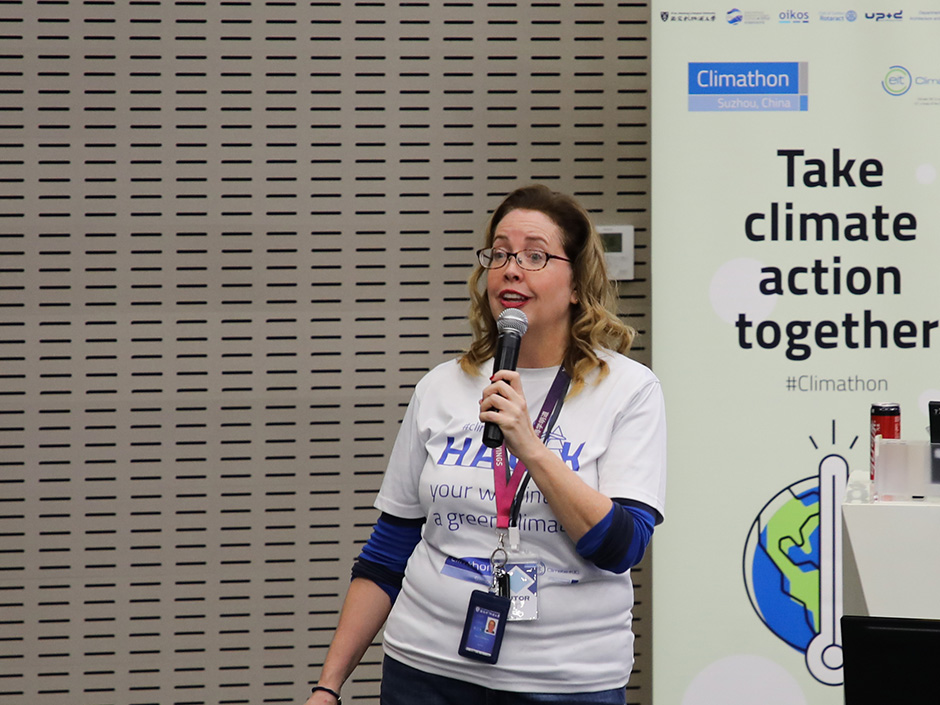 Dr Ellen Touchstone from IBSS was this year’s chairperson. She said the Climathon at XJTLU continues to grow each year, from 50 participants last year to more than 120 this year.

“It’s been fantastic to see the students’ problem-solving ability and their creative presentation techniques improve over the years,” she said. 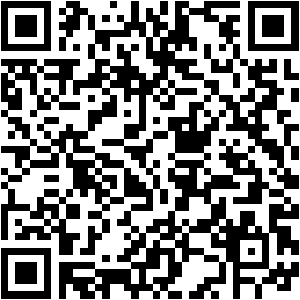