Explainer: Winter Solstice - as much festivity as Spring Festival

The winter solstice, or the longest night of the year, has been celebrated by various cultures throughout history.

This year, the celebration, known as Dongzhi in China, falls on 21 December in the northern hemisphere.

In China, the winter solstice has been recognised for over 2,500 years, and its current incarnation as the Dongzhi festival dates back to the Han Dynasty (206 BC–220 AD).

Dr Sara Sterling, from the Department of China Studies of the School of Humanities and Social Sciences at Xi’an Jiaotong-Liverpool University, has lived in China for over 15 years and has experienced the winter solstice in three different regions: Guangdong, Beijing, and Suzhou. She points out that while each region has its own unique characteristics, the overarching meaning remains the same – the celebration of winter, and the shortest day of the year.

“Winter solstice is directly connected with the agricultural roots of China. The solstice represents the end of the harvest season, marking that the time for new growth will soon begin, with the rebirth of the sun and end to long, dark nights. The celebration is also a recognition of the hard work of farmers, fishermen, and other labourers,” says Dr Sterling.

In Suzhou, some consider the Winter solstice as important as, if not more important than, Spring Festival.

With many festivals in China, there is a strong connection with food, family and celebration, and the winter solstice is no exception.

Symbolic winter solstice foods, which represent a bountiful harvest and good luck for the winter, have remained central to the celebration ritual.

In Suzhou, one must-eat food is the glutinous rice cake, or tuanyuan. The round rice cake is made of glutinous rice with various fillings such as meat, red beans, and carrot shreds. The name comes from homonyms for the words for glutinous (tuan) and round (yuan), as well as the word for reunion (tuanyuan). Another typical seasonal food in Suzhou is Dongniangjiu (winter wine). The wine is only brewed once a year before the Winter Solstice. It is a kind of rice wine fermented with osmanthus flowers. For the locals in Suzhou, instead of representing the start of winter, Winter Solstice is considered the end of winter. After drinking the winter wine, it’s time to look forward to spring. The sweet-scented osmanthus flower in winter wine is represents a golden autumn. Moreover, rather than buying winter wine directly from the store, locals in Suzhou, especially the elders, prefer to bring their own containers, such as soda bottles or even empty soy sauce buckets to get the freshest winter wine. It is a common phenomenon in Suzhou to see locals lined up in extremely long queues in streets and alleys. Wontons are considered by many to be a traditional Winter solstice food, although it is more common in the north now than further south. In Suzhou, there is a famous story that Xi Shi, a legendary beauty of the Spring and Autumn period (770-476 BC) made wontons for the king of the Wu State in the place where Suzhou is now.

Although dating back to ancient times, the winter solstice is still relevant today. With centuries of development, the modern meaning of the festival in China is that of transition, reflection and reunion.

“In Suzhou, the winter solstice is now considered by many as some kind of ‘magical’ experience to escape from the mundanity of urban routine and life, as the city is both a place of historical legend and has a long tradition of urbanity,” says Dr Sterling.

Dr Sterling believes, as it is one of the oldest festivals across the globe, people will continue to celebrate the end of dark days and take the opportunity to celebrate together with family members and friends.

In some cases, if someone is unable to join their family for whatever reason, such as being stuck overseas because of COVID-19, a seat, meal, and tableware are still kept aside for them to symbolise the family reunion after a long period of time.

“The practice of celebrating ritually together creates a continued sense of community between people within society, and this will surely continue in some manner as long as humanity does,” says Dr Sterling.

After Winter Solstice, the days will become longer again, bit by bit, which marks the hope for the new year to come. For the locals in Suzhou, after the long dark winter, it is the beginning of a fresh spring.

Dr Sterling is an Assistant Professor in the Department of China Studies at XJTLU. Her current research focusses on the interactions between design and anthropology, processes of making and developing the culture of objects, dress and identity.

By Ying Jiang and Sara Sterling 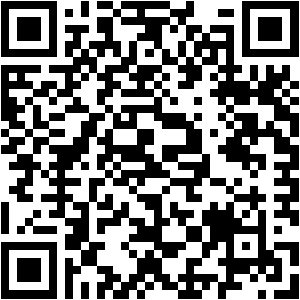