Dr Lingyun Xiao, of the Department of Health and Environmental Sciences, talks to us about her big cat research.

You recently came back from a trip to the Himalayas. Can you tell me more about that?

I was in Motuo County doing work for an NGO called Shan Shui. This trip was a difficult one, because it was in the rainforest during the rainy season.

I’m used to working on the Tibetan Plateau, which is dry grassland. But in Motuo… there was constant heavy rain, slope-slides on a daily basis… and leeches! But despite all that, it was still a good trip in undisturbed prime forest.

What is your current research about?

I’m working on using camera traps to find the relationships between different carnivores.

For example, a snow leopard normally predates every seven days or so. But they eat very slowly – taking between three and five days to finish off one carcass. So every time a snow leopard has eaten its fill for the day, other animals, like foxes and scavenger birds, will come and pick at the leftovers.

I’ve also found that snow leopards can co-exist quite well with the people in the Tibetan Plateau. The agricultural activities of the local herders don’t damage the snow leopard habitat or that of their prey.

This is encouraging – if the land use activities stay at the level they are now, and don’t increase, then the future is bright for snow leopards on the Tibetan Plateau.

They are solitary, like most other big cats. The only groups are usually mothers and their young cubs. When the cubs reach about two years old, the mothers have another cohort of cubs and the older ones go off on their own.

We once followed a two-year old male who was just beginning to disperse. He travelled very far, all the way across the Yangtze River, but he didn't settle down – possibly because there were too many other males already.

He went back to his mother’s range and stayed there for a while. The range was small – four square kilometres – but it was quite abundant in prey for the leopards.

Then, another big male, with a large home range nearby, died about a year later. Then, this young male suddenly moves to that home range, as if the snow leopards were all communicating and talking about their neighbours.

What other interesting research have you come across?

People sometimes believe that because snow leopards are solitary carnivores, the males have the power during mating season. But one article by a Swedish researcher, Örjan Johansson, gives a different picture.

He collared a number of snow leopards in Mongolia and found that during mating season, male home ranges shrink. If males were the ones with the decision-making power, their ranges would grow to include as many females as possible.

But instead they get smaller, implying that the males are protecting limited food resources in order to attract females.

Another interesting thing is that sometimes females will make their home range on the border between two males’ ranges. By doing this, she’s protecting her cubs – neither of the males know who the father is, so neither will kill the cubs (as they sometimes do to cubs that are not their own).

What do you think of the International Union for Conservation of Nature’s 2017 decision to downlist snow leopards from “endangered” to “vulnerable”?

The Snow Leopard Trust, a conservation organisation, disagreed with the downlisting and said the data is too limited to make a definitive decision, and I agree with that.

The new listing might be correct, but we’ve only managed to properly survey less than 2% of the world’s snow leopard habitats. It’s still too early to draw this conclusion.

There’s a project, Population Assessment of the World's Snow Leopards (PAWS) trying to gather more data. The goal is to reach at least 20% of the worldwide snow leopard habitat. It’s an ambitious goal, and we've still got a long way to go.

Next year is the UN Convention on Biological Diversity. What role can researchers and scientists play in preserving biodiversity?

As much as we’ve tried, we haven’t been able to stop the trend of decreasing biodiversity, so we need to find smarter ways to stop the decline by not only focusing on establishing new protected areas (which is already very hard) but also focusing on other pathways.

For example, co-management regimes, community-based conservation areas, integrated conservation and development projects, sacred natural sites, Indigenous Community Conserved Areas, and biocultural approaches to conservation. Scientists could help identify the key areas where conservation effort is most cost-effective, and the best way to conserve them based on evidence and data.

Tagged as: Science and TechnologyXJTLU Stories 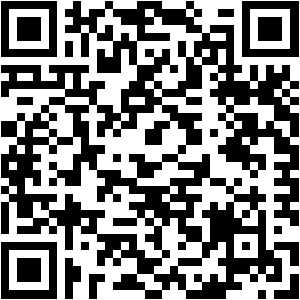