“The biopharmaceutical industry is one of the fastest-growing sectors worldwide,” says Dr Yimin Ding, Vice President of XJTLU. “A report by the National Bureau of Statistics of China has said it’s an area with huge growth potential.

“It is also an exciting industry – with the development of artificial intelligence and nanotechnology, there’s a lot of opportunity for cross-discipline cooperation in the field.”

As stated at the Suzhou Biopharma Development Conference held on 25 April, a biopharmaceutical ecosystem will be established in Suzhou, featuring pharmaceutical companies, healthcare providers, and academic forums, with the goal of building, within 10 years, a “Pharmacy Valley of China”. In addition to the support of the local Suzhou government and various partners in the biopharmaceutical industry, the Academy is bolstered by its connection to the University of Liverpool, one of XJTLU’s parent schools.

The University of Liverpool has an internationally leading Department of Molecular and Clinical Pharmacology, which was awarded with a Queen’s Anniversary Prize in 2017. The two universities plan to partner to establish the XJTLU Offshore Innovation Centre for Emerging Technologies (UK), which will leverage expertise from both institutions.

The Academy, which plans to admit its first cohort of students in 2021, will feature three departments (Pharmaceutical Sciences, Pharmacy, and Biopharmaceuticals), six undergraduate programmes and eight masters and doctoral programmes. The Academy plans to have a total of 2,000 students by 2026.

The key areas of research will be: novel therapeutic drug and strategy development, AI and pharmaceutics, and clinical pharmacy.

The institution will also feature several research centres, such as the Pharmaceutical Informatics and Data Science Institute, the Pharmaceutical Analysis and Testing Centre and the XJTLU-UoL Pharmacology Research Centre, among others.

As part of the future pharmaceutical ecosystem in Suzhou, XJTLU Wisdom Lake Academy of Pharmacy has cultivated numerous industry partnerships to ensure graduates of the Academy are industry-ready.

“Because students often lack real-world experience, it can be difficult for companies to take on new graduates,” explains Dr Ding. “At the Academy of Pharmacy, we aim to give our students opportunities both inside and outside the University to get familiar with the industry, so that when they graduate, they can hit the ground running.”

Professor Youmin Xi, Executive President of XJTLU, says: “It is a critical time for higher education institutions to redefine themselves. Universities must change their landscape, especially the interaction between university, community and society.

“XJTLU is no different. Our current school is like XJTLU Version 1.0, which is a traditional university.

“The second version is based on attracting industry resources and external resources into the University to create a new education model that integrates knowledge from different disciplines. We developed XJTLU Entrepreneur College (Taicang) as XJTLU Version 2.0.

“The third version is where universities leverage society and society’s resources to create lifelong, interest-driven learning, innovation and entrepreneurship. That is what we are trying to develop – an ecosystem. With the launch of the Academy of Pharmacy, we’re getting ready for XJTLU Version 3.0,” says Professor Xi.

“XJTLU is in the ideal position to create this Academy for several reasons,” says Dr Ding. “Firstly, we have amassed a large contingent of international staff, and with them, international experience and networks. Secondly, we are open and transparent, enabling strong partnerships with government and industry. Thirdly, we have built up a strong academic infrastructure over the years – we have sciences, engineering, arts, humanities and business, so we can enable multi-skilled students with a range of competencies.

“XJTLU's philosophy is: if you want to do something, you need to make it unique. And that’s what we’re doing with the XJTLU Wisdom Lake Academy of Pharmacy.” 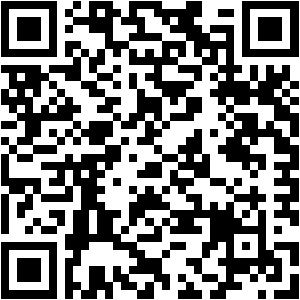