The coronavirus pandemic separated families, teachers and students around the world due to travel restrictions. Xi’an Jiaotong-Liverpool University staff were among those affected.

Some were able to enter China before border restrictions went into effect in March; others were able to return in late summer. Already by the end of August, approximately 80 percent of XJTLU staff had arrived back to Suzhou. Since then, aside from special circumstances, the remainder have trickled back.

Each person who has been “stuck” abroad has their own story.

Xu was relieved to see it because she knew the group included Alexandra Beneteau and her husband Andrew Harvey, both Lecturers in the English Language Centre. Human Resources had been working closely with the Suzhou government to help them get back to China.

“I had to get special permission to return from Thailand and would soon be too far in my pregnancy to travel on an airplane,” Beneteau explains. She wanted to get back to the doctor she had been seeing for prenatal visits and to her apartment in Suzhou where she had everything needed for a new baby.

“We flew back the day before I entered my third trimester. We also got back the last day that we could quarantine from home, which was pretty lucky.”

The couple’s baby was born June 18. In her bid to return to China from the US in March, Dr Ellen Touchstone of XJTLU’s International Business School Suzhou booked four different flights. There were no direct flights to the Chinese mainland available, and each time she booked a flight, the stopover airport would shut down to transiting customers.

Stuck in Texas until the end of October, the 13-hour time difference between her temporary home and workplace resulted in an erratic sleep schedule.

“I learned over the nine months I worked that way to cope by taking naps and sleeping between meetings, but it was still difficult,” she says.

Despite the challenges, Dr Touchstone kept her students in mind.

“I tried to be an example of empathetic leadership to my students, many of whom were also experiencing difficult situations.”

When the pandemic started, spouses Dr Peng Zhao and Dr Lei Han were new XJTLU staff scheduled to begin work in the Department of Health and Environmental Sciences, but their initial flight was cancelled.

In the weeks before their March flight, Dr Zhao says he often couldn’t sleep through the night, with concerns for his family of four including the possibility of infection during travel.

To minimise the risk, the family wore masks and goggles, changing masks every three hours, and wore cotton gloves to help avoid subconsciously touching their faces.

“We wiped all the touch screens with sterile tissues twice. Without earphones, I watched ‘Frozen 2’ in silence. It was a surreal, unforgettable experience,” he says. LaTasha Simms, English Language Lecturer in the School of Languages, was among those in the US when China shut its borders. For several months she stayed in Airbnbs to avoid waking friends and family she might have otherwise stayed with when she taught at 1 or 2 a.m. her time.

“For a very long time my life was in pieces, scattered across the world,” Simms says. “I developed a mantra that held me together for months: ‘It’s ok to be in pieces, but you can’t fall apart.’ I’ve learned I am a lot stronger than I thought I was.”

“I kept telling them to just do their best,” she says. “One inch at a time, brick by brick, the majority were able to write something they could be proud of.”

Advantages of slowing down

Professor Xinheng Wang, Head of the Department of Mechatronics and Robotics, planned to visit family in the UK for two weeks last January. However, he was then unable to get a return flight before the lockdown. In the months that followed until his October return to Suzhou, he stayed with family in London, finding a silver lining in spending the time with loved ones.

“During the quarantine, the entertainment was cooking, wandering around the yard and playing ball games with my son in the evening. My teenage son and I could finally find something to do together as we had when he was a child,” Professor Wang says.

“We had to slow down in many aspects since there were a lot of things we could not do during that period. That gave us time to consider our life, work and family.”

Professor Wang says that during lockdown he also had extra time to read about new developments and methods in his field, which he then incorporated into his classes.

“I tried to integrate the latest research into my students’ coursework,” he says.

“To stimulate students’ interest in learning, I asked students to present a new method with a programme or implementation, then compare it to the traditional method.” Mark Sinnott of the School of Languages left China in January to attend a wedding in Vietnam. Sinnott, Senior Language Lecturer in EAP in the English Language Centre, was accompanying the woman he had been dating for two months to her sister’s wedding.

They ended up being stranded in Vietnam together for eight months.

They are returning to China with engagement rings on their fingers.

“Getting together with Lili has brought trust and interdependence, as we teamed our way through the pandemic’s chaos,” Sinnott says.

“After a year of frequent difficulty that included the deaths of my godmother, my uncle, a good friend in Australia and several good neighbours at home in Ireland, 2020 is gladly ending on a positive note.” The return of staff from abroad has required the University’s coordinated effort, led by Dr Yimin Ding, Vice President of Administrative Affairs and including the Human Resources Office, the President's Office, the Department Coordinator, and the Management Information Technology and System Office.

Besides assistance updating visas, Human Resources has tracked each person’s return, acting as a “remote escort” for each employee.

Dr Roberto Donà of XJTLU International Business School Suzhou, who returned to China from Italy, notes appreciation for this process.

“The great support I got from the HR was not only to solve the practical problems, but also to give me the complete and transparent guideline about how to deal with this situation,” he says. 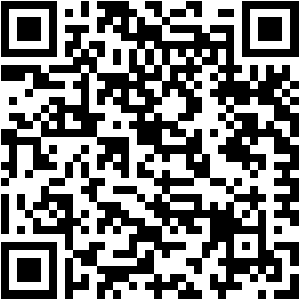 28 May 2020
Students top-of-mind for XJTLU instructors 27 Mar 2020
Making emergency online classes work – we did it, you can too
关注西交利物浦大学官方微信 X