The wild meat ban in China is a necessary response to conserve biodiversity and prevent future risks of zoonotic pandemics, according to a new article published on 22 February in Current Biology by scholars from Xi’an Jiaotong-Liverpool University, Duke Kunshan University, Peking University and Shanshui Conservation Center.

One year ago, in February 2020, China issued a legal decision to ban wildlife consumption for food, in response to the Covid-19 pandemic, and in the interest of preventing further zoonotic disease outbreaks.

There is a high demand for palm civet meat, but a lack of standards for farming.

With the subsequent changes in the legal and management system after the decision, no wild-caught terrestrial animals could be consumed as food and only 12 wild species with mature farming techniques and low health risks were allowed to be farmed for food.

The team believes this ban is critical to provoking changes in the current wildlife management system and consumption behaviour.

However, the ban sparked heated debate within the conservation community about the usefulness or impact of such limitations on bushmeat or wildlife trade. Opponents argue that well-regulated trade could promote sustainable wildlife use, especially for the benefit of local communities, and at the same time alleviate the pressure on wild populations.

“While all these arguments are valid, effective management is crucial for the success of this mechanism. However, our study shows that the Chinese legal wildlife trade management system does not function as well as expected,” says lead author Dr Lingyun Xiao, Assistant Professor at the Department of Health and Environmental Sciences at Xi’an Jiaotong-Liverpool University.

“China’s wildlife protection law adopts a supply-side approach. This means that with a licence, suppliers could farm wildlife species which could then be utilised or traded. However, with development of restrictions and standards about which species can be farmed, crucial science, which considers the impact on wild populations and health risks, is often missing,” she continues.

Analysis of the 13,121 trade licences released by the Forestry Bureau from 2007 to 2020 shows 254 species being traded for different commercial purposes. Of these, 69 species have been identified as possible hosts or vectors for at least one zoonotic disease.

Despite the fact that more licences are issued each year, there is still an increase in poaching and illegal wildlife trade, meaning supply-side management is more difficult than anticipated.

“Outdated protected species lists, challenges in cross-sector collaboration and lack of quarantine standards for wildlife made the ban a timely measure to prevent future outbreak of zoonotic diseases,” says Dr Binbin Li, the corresponding author and Assistant Professor of Environmental Science at Duke Kunshan University. “One result of the ban was the updating of The List of wildlife under special state protection on 1 February 2021. The list hadn’t been systematically updated for 32 years.”

Dr Zhi Lu, co-corresponding author and Professor of Conservation Ecology at Peking University, says: “Proper compensation to wildlife farmers, which was offered by governments after the ban, was critical to ensure its efficacy.” Dr Lu was among the first experts who called for tightening the ban on illegal wildlife trade and consumption in January 2020.

One major concern with the ban is that it might drive the wildlife trade underground, further increasing the poaching pressure on wild populations if the demand persists or even increases as China’s GDP grows.

“Reducing demand would be key,” says co-author Xiang Zhao, Conservation Director of Shanshui Conservation Center. “The effect of the ban depends on whether demand would reduce following supply reduction, which needs continuous monitoring and long-term study.”

Dr Lu adds: “The decision, followed by amended laws, sends a clear signal that the consumption of wild meat is both illegal and dangerous in terms of zoonotic disease. For the first time, people in China have received continuous signals that eating wildlife can threaten public health. This could be a turning point for China’s wildlife conservation.”

In the report, the team also proposed that public health risk should be taken into account with law amendments and future policies regarding wildlife management, many of which are undergoing since the Decision, such as the Animal Epidemic Prevention Law.

“In addition to this, in our report, we emphasise the need for improved traceability of supply chains, cross-sector collaboration to reinforce trade regulation, public education to further reduce demand and supply, and international collaboration to avoid spillover of demand to sustain the long-term effectiveness of the decision,” says Dr Xiao.

“As China steps up as a global leader for environmental issues, its changes in policies and management could have a greater influence beyond China, especially on developing countries with similar situations,” says Dr Li. “We believe the discussion in China will shed light on the future development of the international conservation agenda, particularly as China is going to host the next Congress of the Parties meeting of the Convention on Biological Diversity this May.”

This research, Why do we need a wildlife consumption ban in China?, available here, has been published in the 22 February issue of Current Biology. 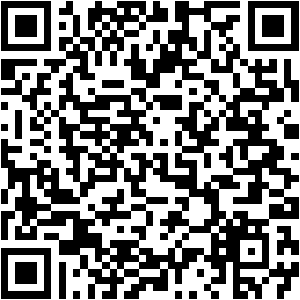