In October, China issued its revised wildlife law and called for the public’s comments before the deadline of 19 November.

A group of researchers and wildlife experts, including Dr Lingyun Xiao of the Department of Health and Environmental Sciences at Xi’an Jiaotong-Liverpool University, have submitted their suggestions to the draft law.

Wildlife law in China came into the spotlight earlier this year with the spread of Covid-19, which is a zoonotic disease (a disease that came to humans via animals) thought to have originated from bats.

In February, the country issued a ban on eating wildlife as it was seen as a risk. Then it was announced that the national laws and regulations regarding wildlife protection would be updated. The updated draft law was released in October, and a call for comment was issued.

Include all wildlife species

“The wildlife law revision, and banning of eating wildlife, is a good first step,” says XJTLU’s Dr Xiao, who is part of a team of experts, including some from Peking University, Duke Kunshan University, Friends of Nature, Shan Shui Conservation Center and other NGOs, who drafted comments on the law.

“However, there are still some issues that need to be addressed. For example, it’s not entirely clear how to deal with animals outside the existing two lists of protected species. These lists are outdated – changes in threatened status and taxonomy left some animals, which should be protected, off the lists.

“The revised draft of the law mentioned that regulations on those species outside the lists will be discussed with other departments, such as agriculture. However, it still seems that, as before, no licences or certificates will be needed to use or trade those species. This is risky not only for those species, but also for people’s own safety in terms of zoonotic diseases.”

The two lists, namely 'Species under special state protection' and 'Terrestrial species with beneficial or of important economic or scientific value' only cover about 60 percent of China’s wildlife, explains Dr Xiao.

Enforcing laws can be difficult because of the confusion of which animals are covered. “The current draft mentions the ‘Catalogue of livestock and poultry genetic resources’, namely the species with mature farming techniques that don’t need to be restocked from wild populations, which could serve as the ‘whitelist’ for trade on food, fur and medicine. This, combined with a strict licensing system to manage the trade on exotic pets and zoo animals, would clear up confusion and help officials enforce the laws more effectively.”

No wild-caught animals for the commercial market

One of the more concerning areas is about quarantine protocols, says Dr Xiao. She notes that while there are existing protocols, sometimes they are not clearly defined. “The earlier law requires animals to have quarantine certificates before entering markets. However, there are no protocols for wildlife specifically.

“For example, wild fowl or wild boars would fall under the protocols for poultry and livestock, respectively. But some animals, like the palm civet and bamboo rat, have no equivalent species under quarantine protocols, meaning that people trading them wouldn’t be able to obtain a quarantine certificate. This makes trade incredibly difficult to police.

“I think, for this law to work, there needs to be stricter management. For example, wild-caught terrestrial animals should never enter the commercial market.

“Under the old ‘Regulations for the Protection of Terrestrial Wildlife’, even animals that have special state protection can be hunted in the wild if it’s for national medicinal or medical production purposes. This is clearly outdated and needs to be deleted in future revisions on this regulation.”

“People sometimes believe wild-caught animals are more beneficial than farmed ones, which drives up the price, which in turn makes poaching more profitable than farming. It will make law enforcement even more complex when wild-caught individuals don’t share the same price of the farmed individuals. Thus, the ‘whitelist’ of trade should be very cautious to include the species under this situation.”

While many people agree with the wildlife eating ban and welcome these laws, there is a risk to the livelihood of many who make their living through the wildlife farming.

“A lot of wildlife farmers were upset with the ban, and could only breathe a sigh of relief once the government compensation standards were issued,” says Dr Xiao. “The head of the bureau of poverty alleviation said that, according to their calculations, banning the consumption of wildlife for food shouldn’t have an effect on the poverty alleviation goals in China. This is a good sign indicating that local government will help those farmers to develop alternative livelihoods after the ban.”

By Patricia Pieterse
Image by Cindy Parks from Pixabay 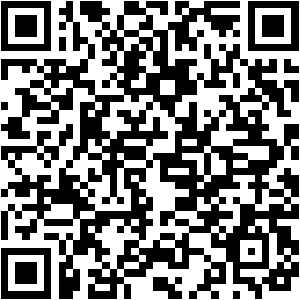